MPs from the Move Forward Party (MFP) joined the protest in front of the Bangkok Art and Culture Centre (BACC) yesterday (23 January), which was called to demand the release of political prisoners. 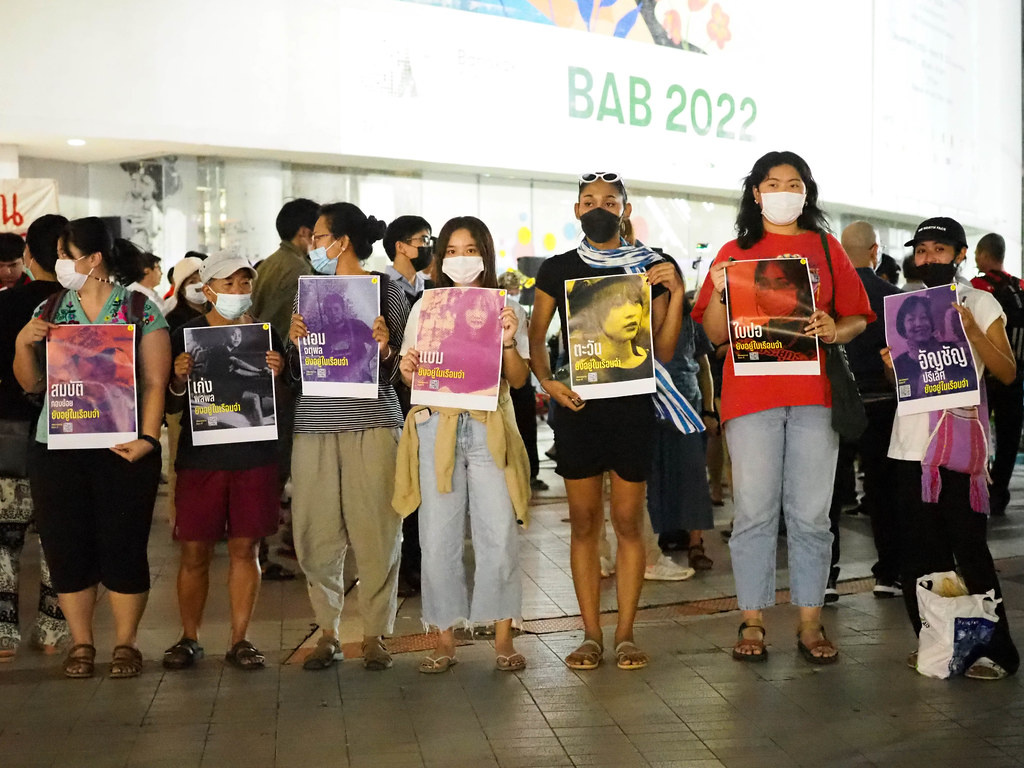 They also called for the reform of the judicial system and for every political party to guarantee people’s rights, freedoms, and political participation by backing the repeal of the royal defamation law and sedition law.

Starting from 1.12 on Sunday (22 January), activists and protesters are taking turns standing in the courtyard in front of the BACC for 112 hours. They also put up several banners around the area calling for the release of political prisoners, reform of the judicial system, and repeal of the royal defamation law. As of 15.12 today (24 January), the protest at BACC has been ongoing for 62 hours.

Yesterday evening (23 January), the protest was joined by MFP MPs and members of the Progressive Movement, a non-profit organization formed by members of the now-dissolved Future Forward party who were banned from running for offices following the dissolution. 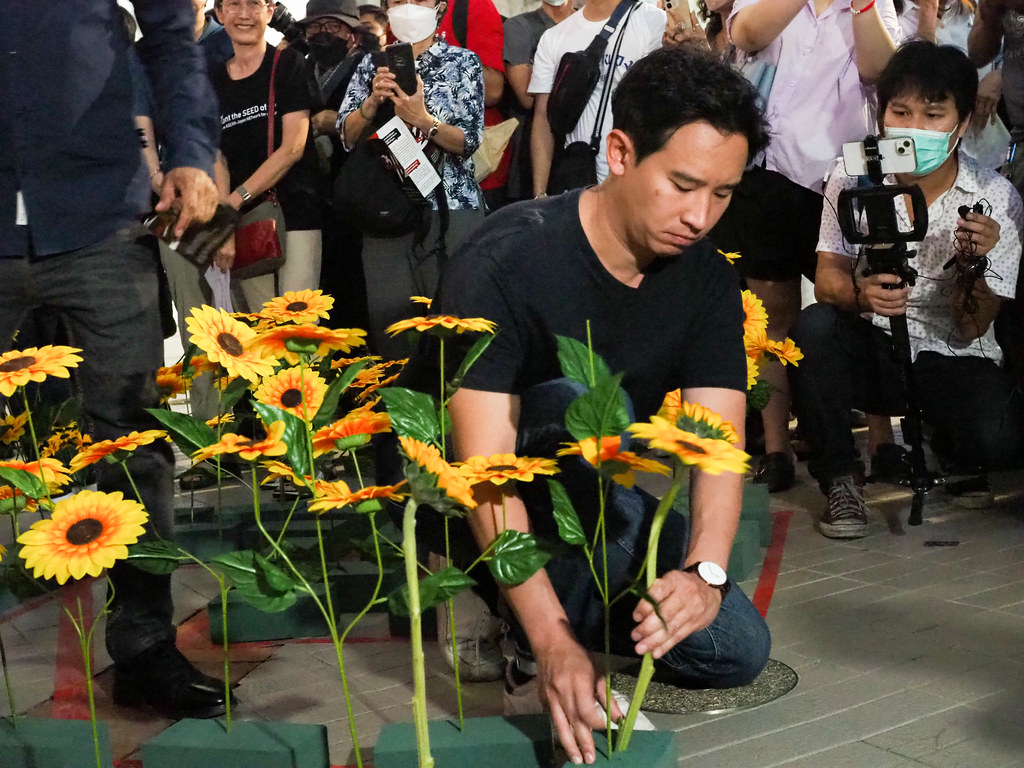 MFP MP and party leader Pita Limjaroenrat said that the party wanted to take a stand to show activists that they are not alone, and that the detention of activists and protesters shows that there is something wrong with the Thai justice system. He also said that the royal defamation law is problematic in that the penalty it carries is disproportionate and it has been used against political dissidents.

“The best way out is for parliament to act as a space for everyone to find a common solution to problems that cause a relationship between the people and the monarchy which is not beneficial,” he said, noting that the MFP proposed amendments to the royal defamation law and other laws that limit people’s rights and freedoms, but they were rejected by the current parliament.

Pita, who is also provided bail for Tantawan, said that the most urgent issue is that political prisoners should be granted bail and for charges against political dissidents to be dropped. Amnesty for everyone facing a political charge should also be considered, while the MFP will continue to push for amendments to the royal defamation law. 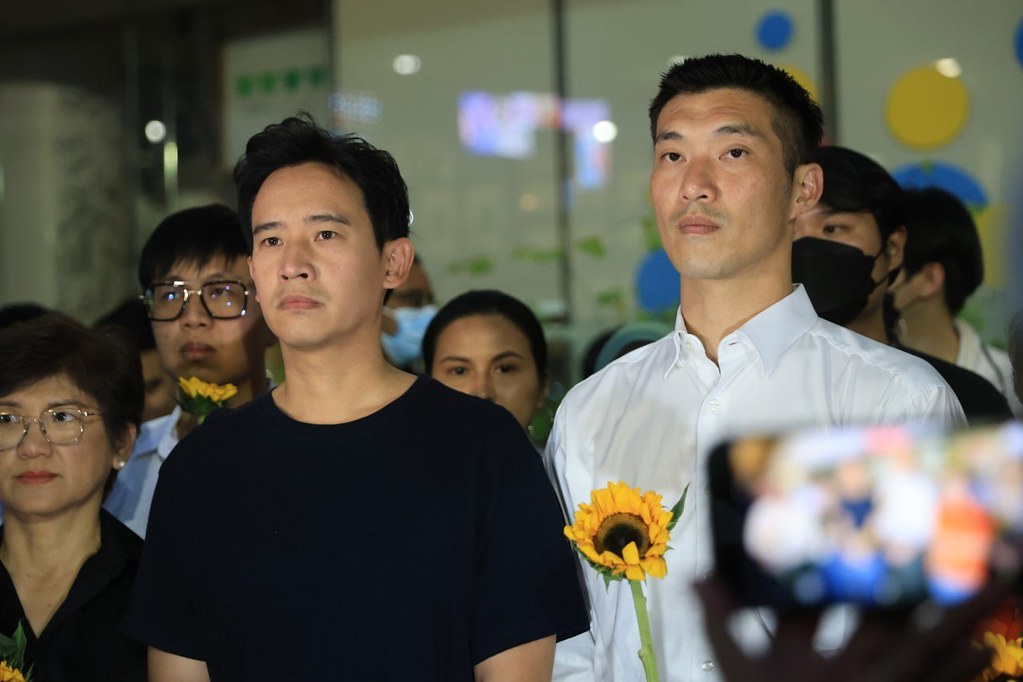 Meanwhile, Progressive Movement member and former Future Forward party leader Thanathorn Juangrungruangkit said that the Progressive Movement wanted to stand by the principle that the right to a fair trial is a fundamental right, noting that several activists and protesters have been denied bail and detained for months. He called on everyone involved in the judicial process, from the police and prosecutors to the courts, to keep fundamental rights in mind, since the current situation shows that some groups of people are being treated differently, which led to people voicing their lack of trust in the justice system.