Activists revoke their own bail to demand release of political prisoners 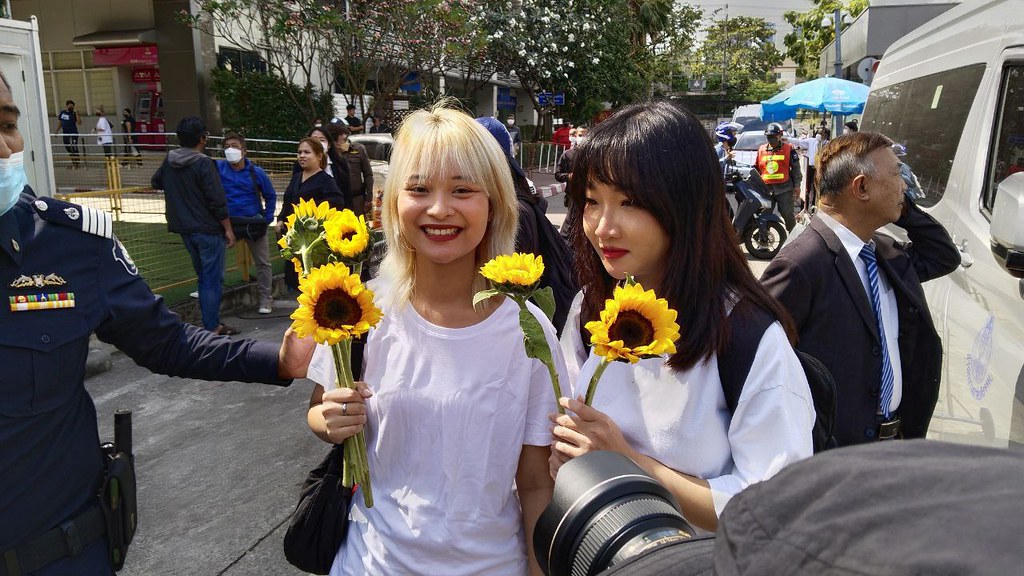 Activists Tantawan Tuatulanon and Orawan Phuphong went to Ratchadaphisek Criminal Court today (16 January) to file for bail revocation for themselves, after the Court revoked bail for monarchy reform activists Sopon Surariddhidhamrong and Nutthanit Duangmusit last Monday (9 January) for joining an anti-government protest during the APEC summit in November 2022.

The two activists stood in front of the Court entrance and poured red paint on themselves, before announcing their demand that every activist and protester detained for their involvement in the pro-democracy protest must be released within 3 days. They will also not be filing for bail again until their demands are met, and if no response is made by 18 January, other activists, including those still detained, will be taking further actions.

They called for a reform of judicial system so that human rights and freedom of expression take priority, and so that courts are independent and protect people’s freedom, as well as for judges to make decisions without intervention from their own executives.

They also called for all charges against those exercising their freedoms of expression and assembly to be dropped, and for every political party to back the repeal of the royal defamation law and sedition law to guarantee people’s right, freedom, and political participation. 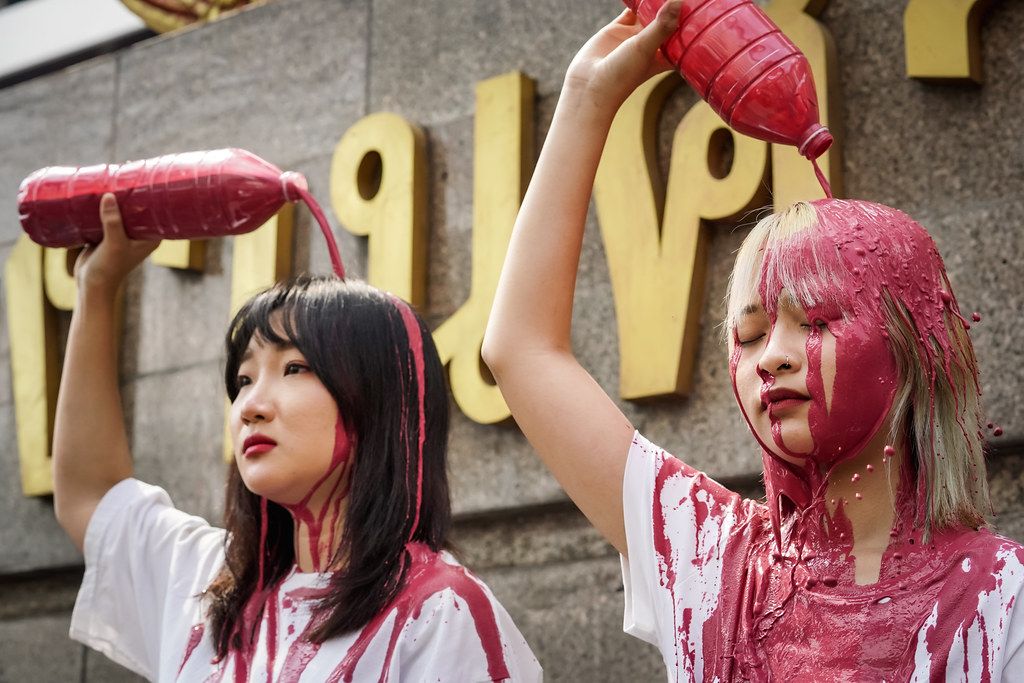 The two activists poured red paint on themselves after announcing their intention to revoke their own bail and their demands. (Photo by Ginger Cat)

Tantawan emerged as a monarchy reform advocate in February 2022, when the monarchy reform activist group Thaluwang conducted a poll at Siam Paragon shopping mall on whether people think they face trouble from royal motorcades. She is now facing several royal defamation charges. One is for live-streaming herself at a royal motorcade in March 2022 and questioning the way the authorities cleared the road in preparation for the motorcade by moving away farmers protesting on the footpath along the route of the motorcade, for which she has been released on bail and has requested the court revoke her bail.

While Tantawan file her bail revocation request at the Ratchadapisek Criminal Court, Orawan travelled to the South Bangkok Criminal Court to ask it to revoke her bail for a royal defamation charge resulting from the royal motorcade poll at Siam Paragon.

Thai Lawyers for Human Rights (TLHR) reported that the two activists wrote in their request to the courts that the bail conditions they were given were unconstitutional, unlawful, and infringe on their constitutional rights and freedom. They therefore no longer wish to be released on bail ahead of their trials, and stated that it was their own will to have their bail revoked.

Both Tantawan and Orawan were given the conditions when they were granted bail that they must not do anything that damages the monarchy or repeat their offense. They must also wear an electronic monitoring bracelet and are not allowed to leave the country. Orawan is also prohibited from participating in activities that can cause public disorder or posting on social media inviting people to such activities. 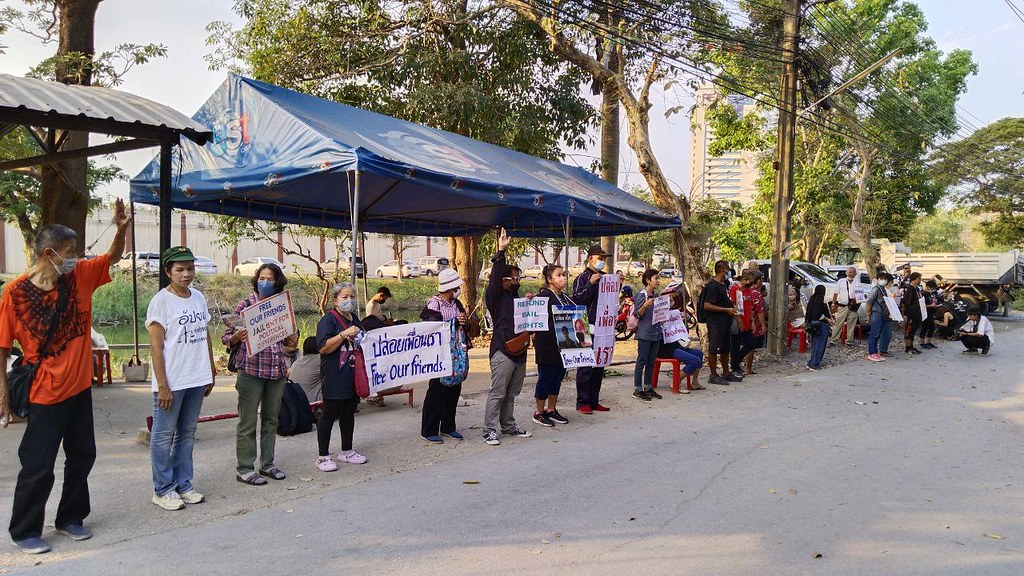 A crowd gathered in front of the entrance to the Women’s Central Correctional Institution as Tantawan and Orawan were taken into detention.

Tantawan told Ratsadon News before filing her bail revocation request that Sopon and Nutthanit’s detention is only one of the factors that led to her decision to revoke her own bail. She said that there are others still detained for their political participation, while society and political parties are still not brave enough to speak out about repeal of the royal defamation law. She wanted to call on political parties to tackle the issue so that change can happen.

After the courts accepted their request, Tantawan and Orawan were taken to be detained at the Women’s Central Correctional Institution, bringing the number of activists and protesters held in detention pending trial or pending appeal to 15. Of this number, 7 are detained on royal defamation charges.