The Criminal Court has approved bail requests for activist Parit Chiwarak and singer Chaiamorn Kaewwiboonpan. The request for Panupong Jadnok was delayed until the next Covid-19 test is declared. 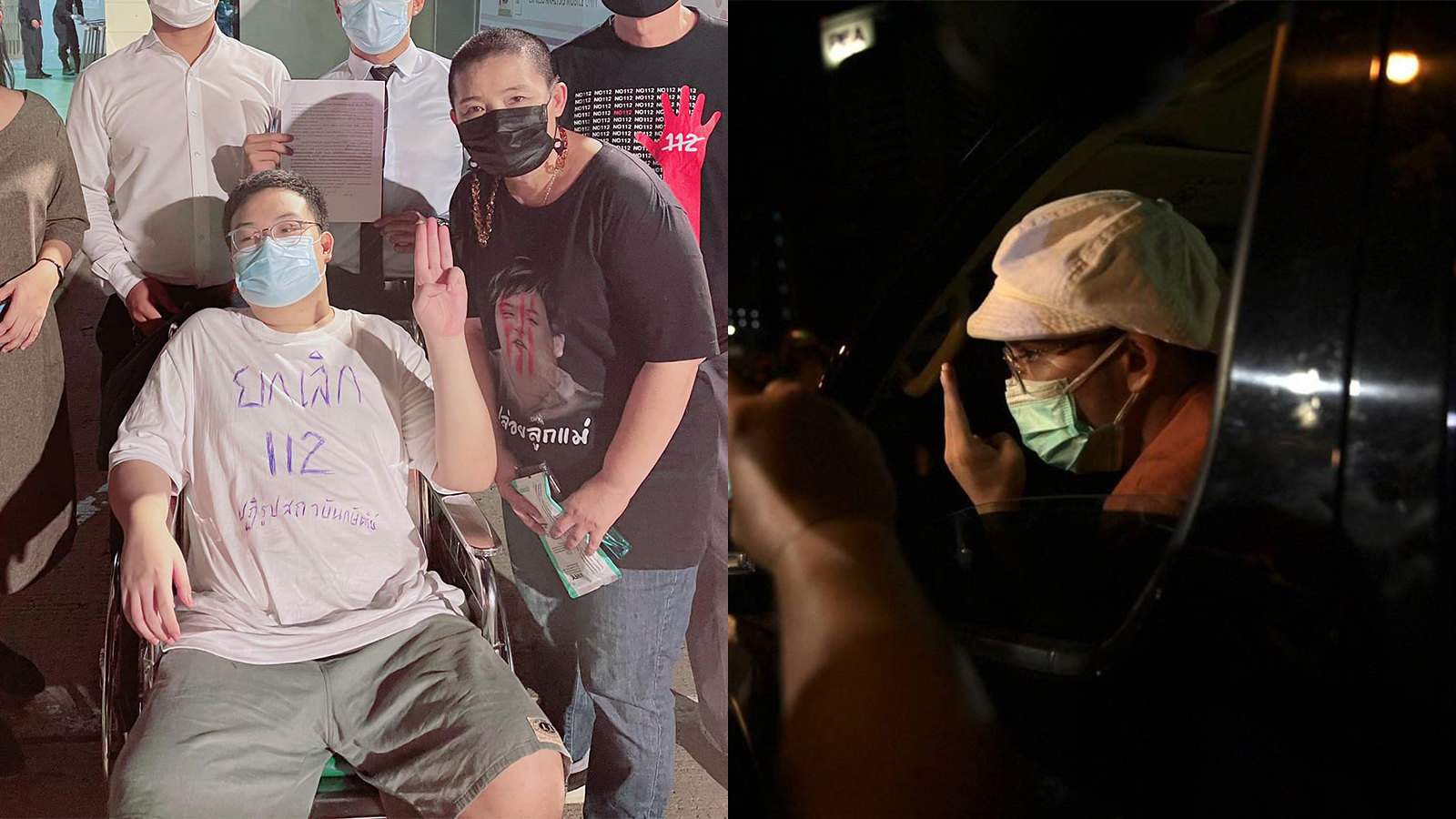 From left to right: Parit reunited with his mother, Chaiamorn leaves prison.

According to a Court press release, the pair were released on Tuesday on a security of 400,000 baht for Parit and 250,000 baht for Chaiamorn on condition that they report to the court as assigned, they do not commit, or attend any activity that may cause public disorder or damage the institution of the monarchy, and they do not travel abroad without the court’s permission.

Parit’s bail security covered in equal amounts 2 cases from his participation in the protests on 19 September 2020 and 14-15 November 2020. 200,000 baht of the security for Chaiamorn covered the 19 September protest and 50,000 baht covered the case of setting fire to the King’s portrait at Klong Prem Prison.

The court delayed ruling on Panupong’s request since he had been in contact with Anon Nampa, another detained protester who has tested positive for Covid-19. The court stated that he must be retested before the bail request can be heard. Panupong was then sent back to prison.

Matichon reported that bail was granted at 18.20, 3 hours after the court finished its hearing on Chaiamorn and Parit.

People who had been waiting for the court cheered and shouted with joy on hearing the court’s decision.

However, prior to Parit’s release from the prison hospital, police officers from Mueang Roi Et Police Station showed up to arrest him on another charge. The lawyers managed to secure 200,000-baht police bail. According to TLHR lawyer Noraseth Nanongtoom's Facebook post, Parit has already been reunited with his mother.

Beside the cases on which he has been granted bail, Parit still faces at least 20 more royal defamation charges.

On the same day, 3 people were arrested and 3 more were charged with violating the Emergency Decree, contempt of court and threatening officers. They were allowed police bail on security of 150,000 baht each.