A network of civil society organizations dealing with children’s rights filed a complaint on Monday (18 April) with the Ministry of Social Development and Human Security (MSDHS), after Ministry officials were reported to be involved in the detention of 3 teenage activists on 15 April. 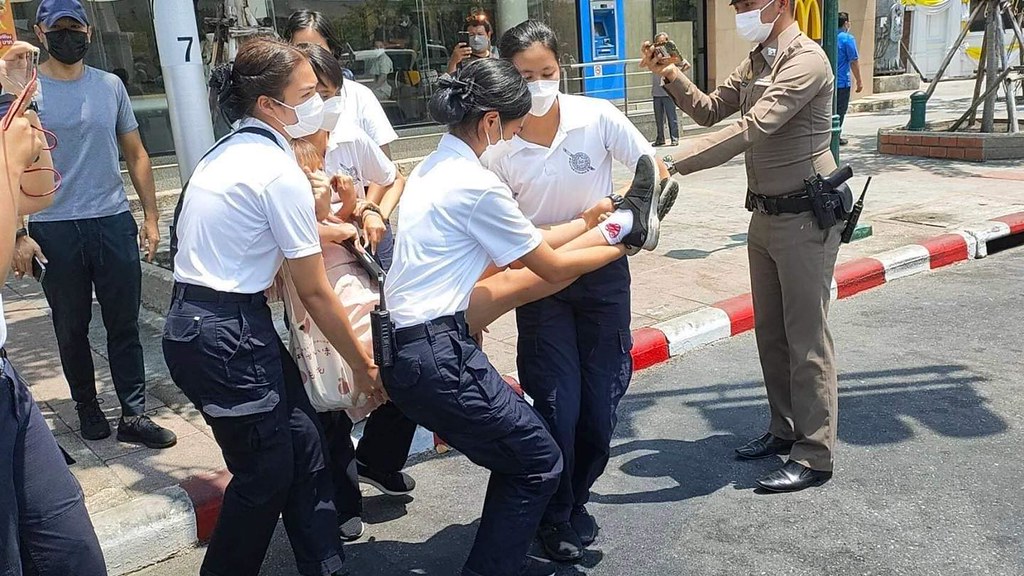 On 15 April, 3 teenage activists, one of whom was a 13-year-old girl, were detained while eating at the McDonald’s next to the Democracy Monument, possibly because a demonstration was scheduled to start there later in the day.

Thai Lawyers for Human Rights (TLHR) said that the group was detained by 30 - 40 police officers and MSDHS officials, and were taken to the Ministry. Police officers also tried to confiscate their phones, claiming that they have the authority to do so on Ministry grounds, but the three activists were not charged, which TLHR said amounts to wrongful detention.

The activists were later taken to the Police Club on Vibhavadi Rangsit Road. They were released in the evening without charges.

One girl said on a live broadcast on the Facebook page Friends Talk that she went to eat at the McDonald’s next to the Democracy Monument, but was then asked by plainclothes police to leave because a royal motorcade was scheduled to pass the area. She insisted she was not planning any demonstration, and that she should not have to leave because she had done nothing wrong. Officials from the Ministry then came to talk to her before she was forcibly taken away by police officers. She also noted that the police told her parents she was “asked” to go with them when in fact she was carried out of the shop.

She also said that the police told her parents she tried to obstruct a royal motorcade when in fact she was just eating in the McDonald’s, and that Ministry personnel also told her parents that she was campaigning about the Ministry.

Although the MDSH is responsible for child welfare and has the authority to detain minors if they are committing a crime, the girl said that what Ministry personnel did to her should not be called protection.

“They said that they are protecting children, but what they did was dragging me and ordering to have me detained. MDSH officials watched me being carried into a police vehicle. They kept their arms by their side and just watched,” she said, noting that officials were dragging her by the arm while detaining her.

Following their release, 2 of the activists went to Chana Songkhram Police Station to file a complaint against the officers who arrested them for misconduct, confinement, taking children away from their guardians, and assault. 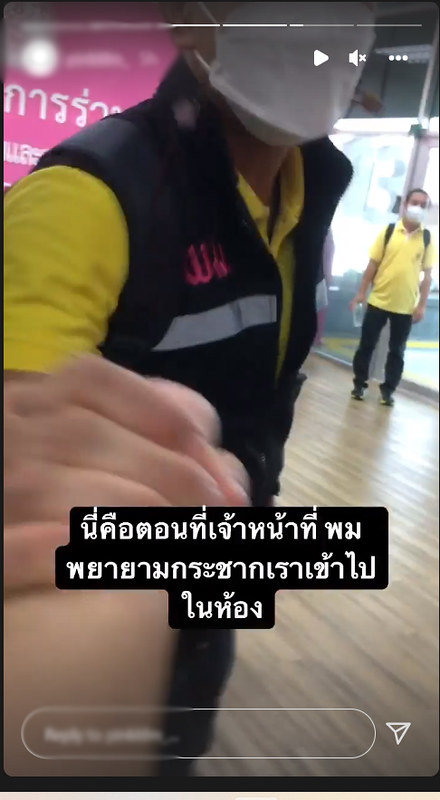 On Monday (18 April), 8 children’s rights organizations submitted a joint complaint against Ministry officials involved in the activists’ detention saying that the officials’ action is a violation of the Child Protection Act since they were intimidating the activists, all of whom were minors, and took them from the McDonald’s by force. The officials also forced the activists to comply with their orders without listening to their reason, while could have long-term effects on their mental health.

The complaint also stated that the officials violated the UN Convention of the Rights of the Child, which states that children have the right to public participation and to join peaceful protests, and since Thailand is a state party to the Convention, state officials must respect children’s rights as stated in the Convention.

The network called on the MSDHS’s Department of Children and Youth to insist on their right to protect children, and for the Department and the police to take responsibility and provide compensation to the activists and their families.