Home » 5 years on, still no justice for murdered indigenous activist

5 years on, still no justice for murdered indigenous activist

Friends, family, and activists gathered in Chiang Mai on Thursday (17 March 2022) to remember murdered indigenous activist Chaiyaphum Pasae on the fifth anniversary of his death, while no perpetrators have been brought to justice. 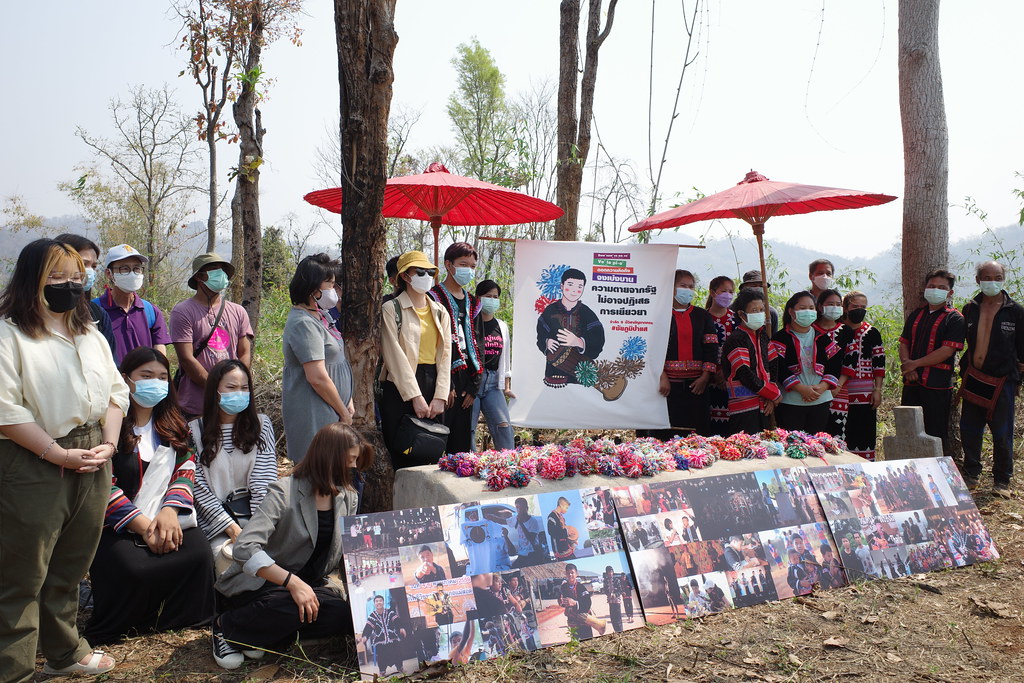 Chaiyaphum's friends and family gathering at his grave

Chaiyaphum was an indigenous Lahu activist who worked to promote indigenous rights in northern Thailand and was involved in numerous campaigns for indigenous peoples to gain citizenship and access to basic welfare. He also spoke out against abuses by state officials against his community during anti-drug operations.

He was also a filmmaker and songwriter, and had been awarded a prize at the 16th Thai Short Film and Video Festival for a short film called ‘Belt and Comb’ and several of his short documentaries were broadcast on Thai PBS.

Chaiyaphum was shot and killed by military officers at Ban Rin Luang checkpoint in Chiang Dao District, Chiang Mai, on 17 March 2017. He was 17 years old.

The officers claimed that they found drugs in Chaiyaphum’s car and had to shoot him because he resisted the search and tried to throw a grenade at them. However, an eyewitness told Thai PBS that Chaiyaphum was dragged out of the car, beaten and shot. Forensic evidence found that Chaiyaphum died from a gunshot wound to the chest from an M16 assault rifle.

While the Chiang Mai Provincial Court’s June 2018 inquest found that he was killed by an army bullet, it did not rule whether his death was a result of extrajudicial killing or whether the officers’ action was lawful.

In May 2019, Napoi Pasae, Chaiyaphum’s mother, filed a lawsuit claiming damages from the army. The Bangkok Civil Court dismissed the lawsuit in October 2020, ruling that the officers shot Chaiyaphum in self-defence and out of necessity, and therefore the army was not liable for compensation to his family.

Napoi filed an appeal. However, the Appeal Court dismissed her appeal on the grounds that since Chaiyaphum was shot in the left arm, the officers shot Chaiyaphum in self-defence and did not intend to kill him, and therefore the Army is not liable for compensation.

The CCTV footage of Chaiyaphum’s death has never been released and remains missing. The Chiang Mai Provincial Court did not request the footage to be brought in as evidence despite requests from the family’s lawyer and never asked where the footage was, despite the examination report from the Police’s Office of Forensic Science stating that the CCTV cameras and hard disks were not broken and there was no deletion or addition of files in the recorder.

Ratsada Manuratsada, lawyer for Chaiyaphum’s family, also said after the Appeal Court dismissed Napoi’s lawsuit that they have informed the Appeal Court that the army has made a copy of the tape, and that an army lieutenant told them that he was ordered to make a copy of the tape by his commanding officers, and therefore they do not accept the claim that the CCTV camera was broken and the footage cannot be viewed. 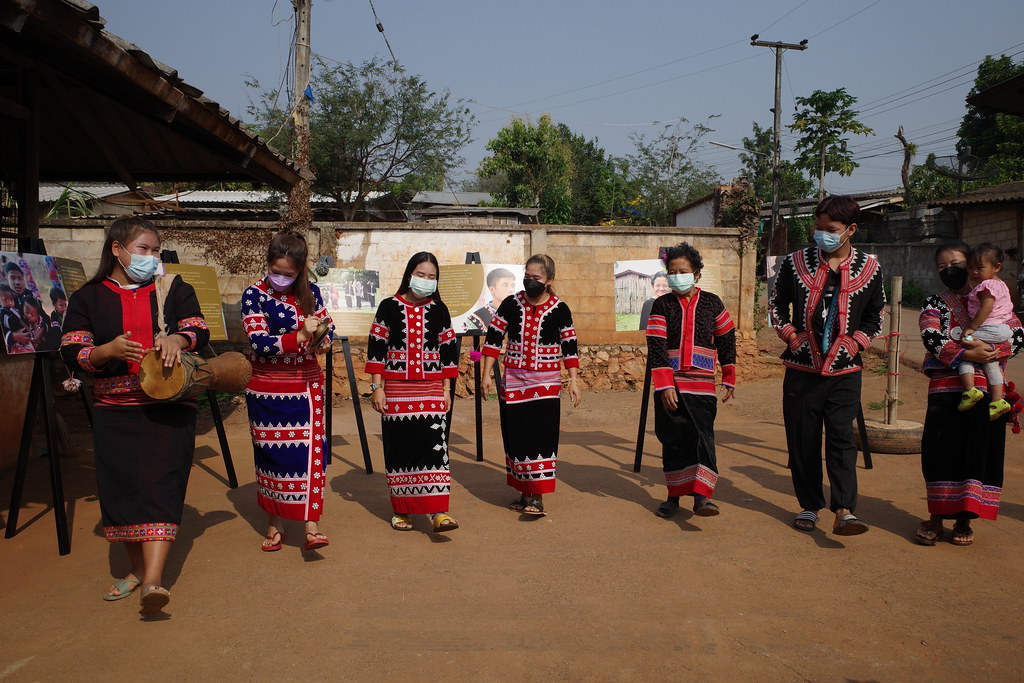 On Thursday (17 March 2022), 5 years after Chaiyaphum was killed, his friends, family members and other activists gathered at Kong Phak Ping Village in Chiang Dao District, Chiang Mai, where Chaiyaphum was from, for a memorial event.

Rattanaporn Chuakaew from the youth network Dee Jung Yong Team said during the event that she knew Chaiyaphum from her work with the Dee Jung network, and that he was an inspiration to others. Rattanaporn said she missed him and wanted to apologize to him, and that nothing has been the same since he was killed. His death is not only a loss for his family and Thai society, but is a loss for the world, she said, since this country has taken the life of a young man who was trying to build a better world. 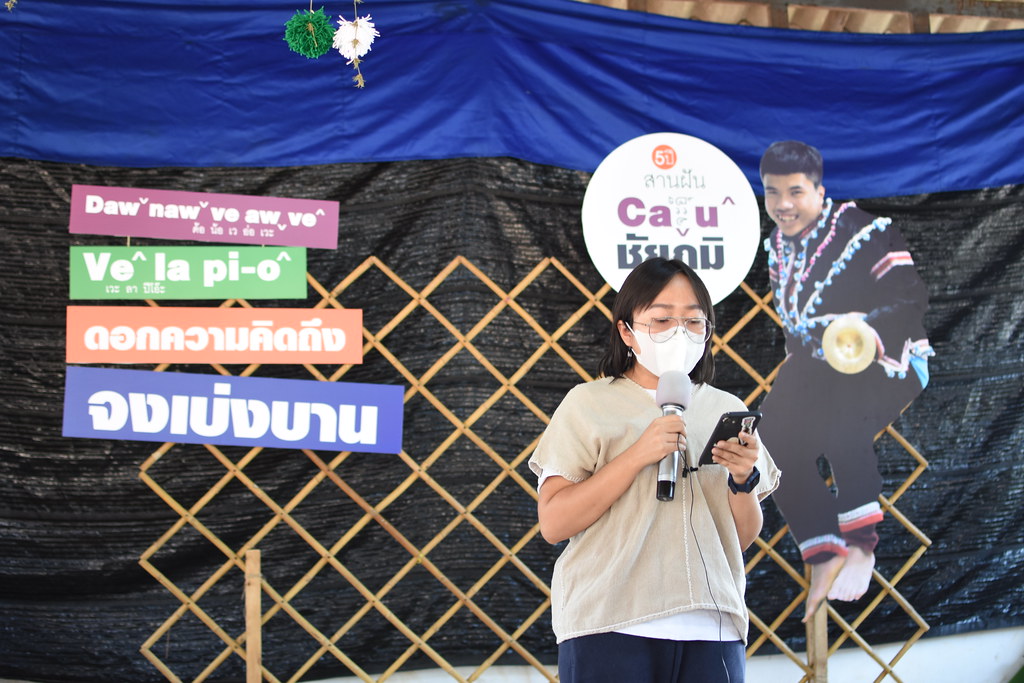 “A country ruled by power-crazed people and organizations is turning in the opposite direction to the younger generation’s new world, but I still believe that time will be on our side and so will justice,” Rattanaporn said.

“For 1,825 days justice has been expensive. It is being paid for with the time that is passing slowly and painfully for everyone who loved Chaiyaphum, but no matter how much we’ve paid, we have not got justice. The perpetrators have never been punished. No one has apologized to Chaiyaphum once. 1,825 days, and justice has not arrived.

“I miss you, and I’m sorry. This country is too bad, and I hope we meet again in a new world where everyone is seen as equal.” 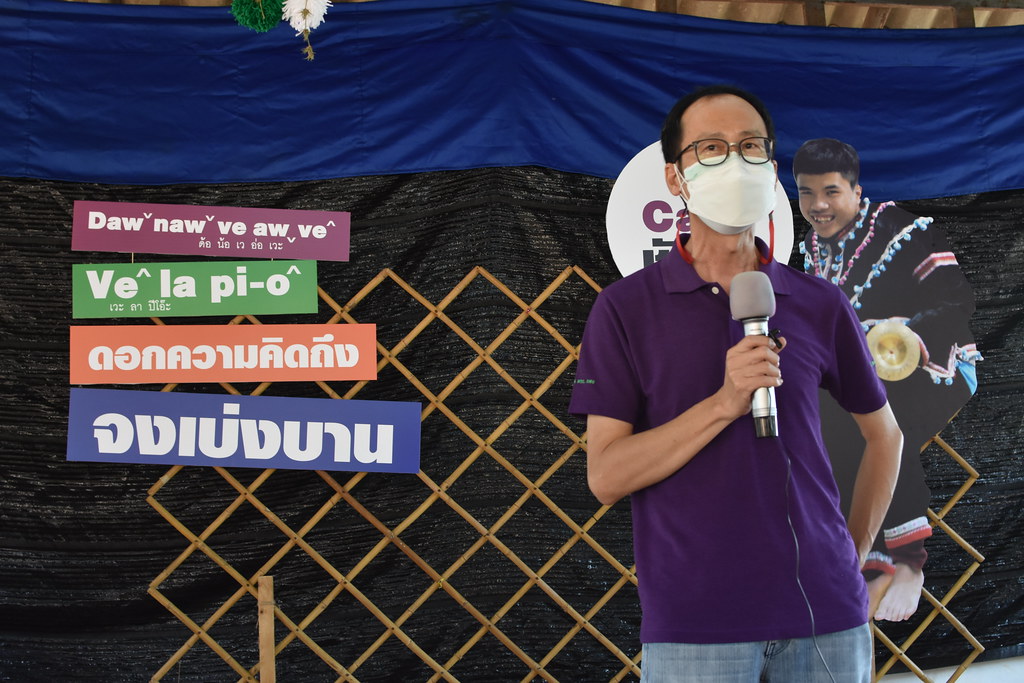 Somchai Preechasilpakul, lecturer at the Faculty of Law, Chiang Mai University, said that Chaiyaphum’s murder should not have happened to a young person who wants society to change for the better, but since it has happened, he thinks that what people have been trying to do is demand justice. He believes that it is important to speak about what happened to Chaiyaphum and call it an injustice, no matter how the courts rule on his case, and that this movement cioncides with the calls of many other people in society who want equality.

“Chaiyaphum is gone, but we are still here. It is our responsibility, our job to move this society. I think that if Chaiyaphum were still here, he would be doing something that makes this world equal and make this society better. So if we miss Chaiyaphum, I think that the most important thing is that we must come together to turn this society into a society that is a good and peaceful place for everyone,” Somchai said. 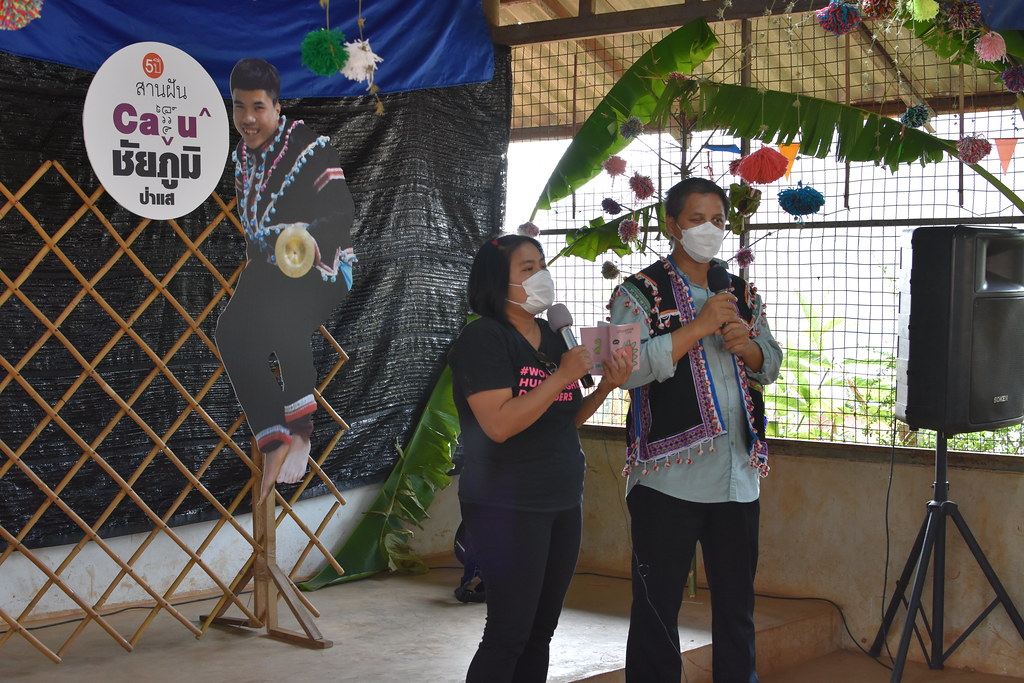 Protection International’s Pranom Somwong said that, even though Chaiyaphum has died, others still remember his efforts in trying to bring change, and in the 5 years since his death, his friends and family are relentlessly seeking justice. The fact that no one has been punished for killing Chaiyaphum goes against people’s common sense since no one is allowed to take another person’s life, she said.

Pranom said that remembering Chaiyaphum is not only thinking of him but also coming together to demand justice and remembering the people who demand the release of the CCTV footage and the family members who travel to courts and who are not giving up even though justice has not been delivered. She notes that Chaiyaphum’s family has filed an appeal with the Supreme Court for compensation from the army, and asked people to keep an eye on the Court and how it will rule on the case. 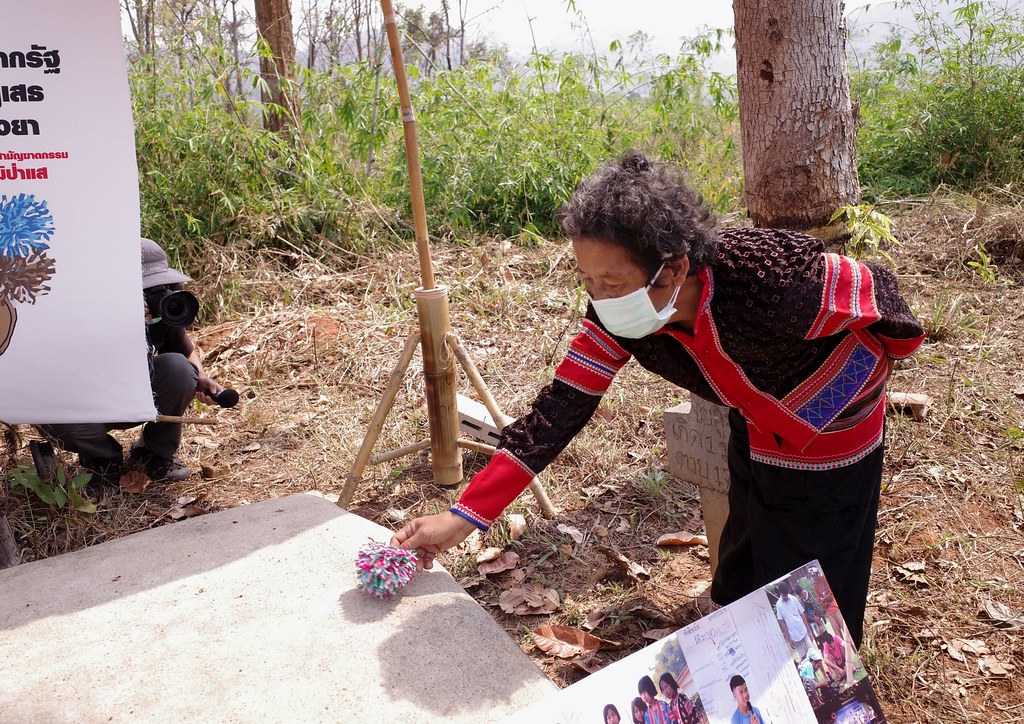 Chaiyaphum's mother placing a fabric flower onto his grave

Participants in the event also visited Chaiyaphum’s grave, where his mother sang and placed flowers.

Chaiyaphum’s brother Chanon Pasae said that he was only 13 years old when his brother was killed, and that he and his mother are the two remaining members of the family, since his father has died.

“I miss my brother. After he passed away, I didn’t know what to do. I didn’t think he would be gone so soon. I couldn’t accept it at first. I dreamed about him all the time,” Chanon said. “Until now, we still have not received fairness, even though the evidence is clear.”

Lahu indigenous rights activist Maitree Chamroensuksakul, Chaiyaphum’s mentor, said that the family is discussing with their lawyer how to proceed with their lawsuit against the army. He noted that the court previously ruled to have the army pay compensation to the family of Abe Sae Moo, an indigenous Lisu man who was shot and killed by a military officer in 2017 This has made the family question why the courts ruled differently on the two cases although the incidents are similar and took place in the same district.

Maitree said he misses Chaiyaphum, and that what they did together is meaningful to the community. He said he believes that there is no evidence to back the officers’ claim that Chaiyaphum was in possession of drugs, and that the only evidence is the CCTV footage, which the authorities have never released. 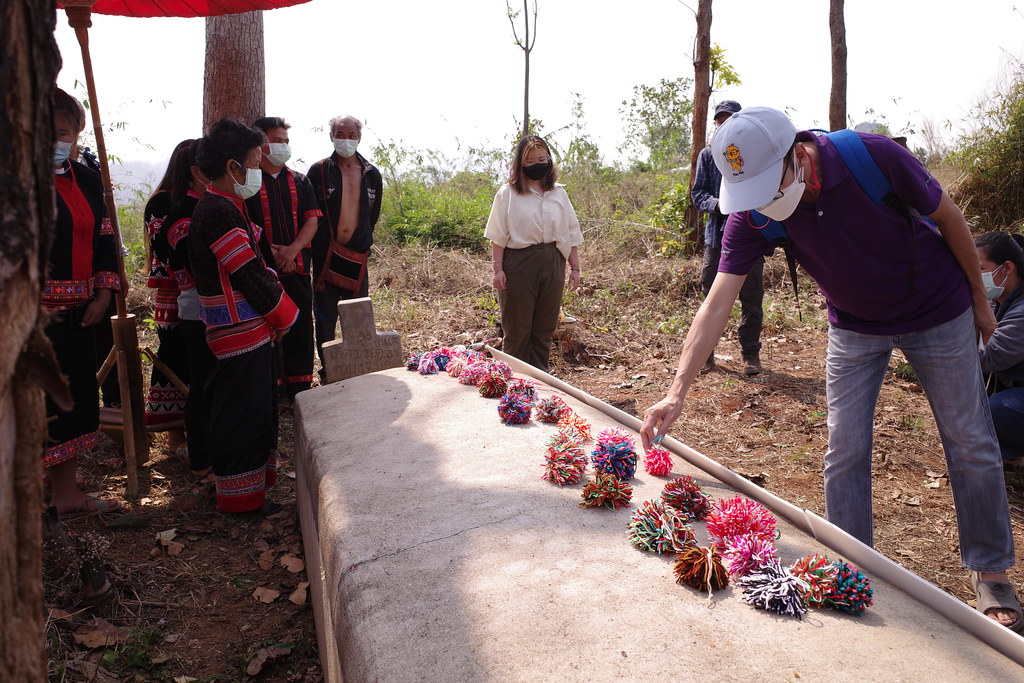 Meanwhile, Somchai Preechasilpakul said that it is already difficult to seek justice in cases of extrajudicial killing, but Chaiyaphum’s case is even more difficult, since he belonged to an ethnic minority and his death took place during the NCPO government. He also said that the fact that military officers claimed to have seen the CCTV footage, but when the family’s lawyer requested it, said that it does not exist shows their disregard for the law.

He notes that Abe’s murder was not talked about as much as that of Chaiyaphum, which may have been a factor in the court’s decision to order the army to pay compensation. The army’s reputation will be damaged if Chaiyaphum’s family win their lawsuit. One also needs to consider the evidence presented in both cases. Nevertheless, he said that even if the army has to pay compensation, this is still not a punishment for the perpetrators.