Thailand’s rating remains ‘Not Free’ in Freedom House’s 2022 Freedom in the World report, with its score dropping from last year’s 30 out of 100 to 29, while the report notes a global threat to freedom and democracy and the expansion of authoritarian regimes. 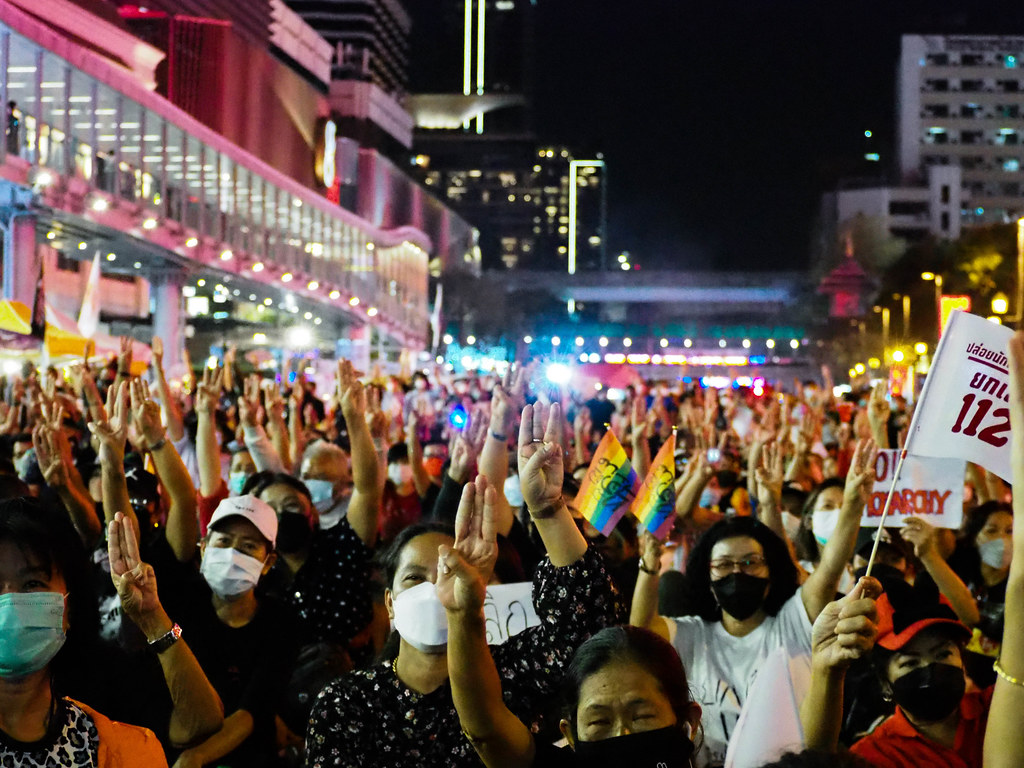 Scores are based on 2 categories. Thailand scores 5 out of 40 on Political Rights and 24 out of 60 Civil Liberties.

Although the report notes that Thailand has transitioned from a military dictatorship to a “military-dominated, semielected government” following the 2019 general election, it gives a score of 0 on whether the current head of government was elected through free and fair elections, noting that the current constitution was developed by a committee appointed by the National Council for Peace and Order (NCPO) and required the Prime Minister to be selected by a majority vote from the House of Representatives and the Senate, the latter of which is entirely appointed by the military regime. It also notes that, while the King has limited formal power, he is highly influential, especially over the military.

The report also notes that “constitutional restraints” make it difficult for opposition parties to campaign or gain political power through elections. While Pheu Thai and Future Forward, two parties known for opposing military rule, won a total of 245 seats in parliament, they were not able to advance legislation “due to the military’s continued control over the chamber”. Future Forward was also dissolved in February 2020 after the Constitutional Court ruled that the loan it received from party leader Thanathorn Juangroongruangkit was an illegal donation. 16 party leaders were also banned from political participation for 10 years. Future Forward’s remaining 55 MPs formed the new Move Forward party.

Meanwhile, the majority of the cabinet are former military officers and NCPO members. The 2019 election was also “subjected to repeated interventions by the monarchy,” such as the Constitutional Court’s dissolution of the Thai Raksa Chart party, which attempted to nominate the King’s sister, former princess Ubolratana Mahidol, as their candidate for prime minister. After the party announced its candidate, King Vajiralongkorn issued an announcement, broadcast on television nation-wide, condemning his sister’s decision to run for prime minister as “extremely inappropriate.” He also made another announcement the night before the election urging citizens to vote for “good people.” The report also notes the expansion of the monarchy’s powers, including the transfer of two army units to King Vajiralongkorn’s direct command.

The report also notes the way the government responded to pro-democracy protests in 2020 – 2021 with the violent dispersal of protesters, arrests, intimidation, harassment of activists, and prosecutions, including the use of the royal defamation law. Activists have been detained pending trial for prolonged periods, and were either denied bail or offered bail under strict conditions. The number of people facing charges for participating in the protests is now over 1000.

Press freedom also faced constraints during the Covid-19 pandemic. In 2020, an order made under the Emergency Decree prohibits the spread of information which can cause fear among the public, while several reporters were arrested while covering pro-democracy protests in 2020 and at least 4 outlets were threatened with shutdown. The National Broadcasting and Telecommunications Commission (NBTC) also warned the media against interviewing protest leaders, live streaming protests, or discussing protesters’ demands.

Thailand is among 23% of countries in the Asia-Pacific rated not free. The report notes the decline of political rights and civil liberties across the region, where “crackdowns on political dissent” affected reporters and popular movements. In Myanmar, elected government leaders were forced out by a military coup, while pro-democracy politicians were arrested in early 2021 in Hong Kong.

The report also notes that there is a global decline in freedom and democracy, and that authoritarian regimes “have become more effective at co-opting or circumventing the norms and institutions meant to support basic liberties.” A total of 60 countries have seen their scores decline, while only 25 improved, and 38% of the world population now live in countries rated as not free.