The Appeal Court has dismissed a lawsuit filed by the family of murdered indigenous activist Chaiyaphum Pasae to claim damages from the Army, after two military officers shot Chaiyaphum dead on 17 March 2017. 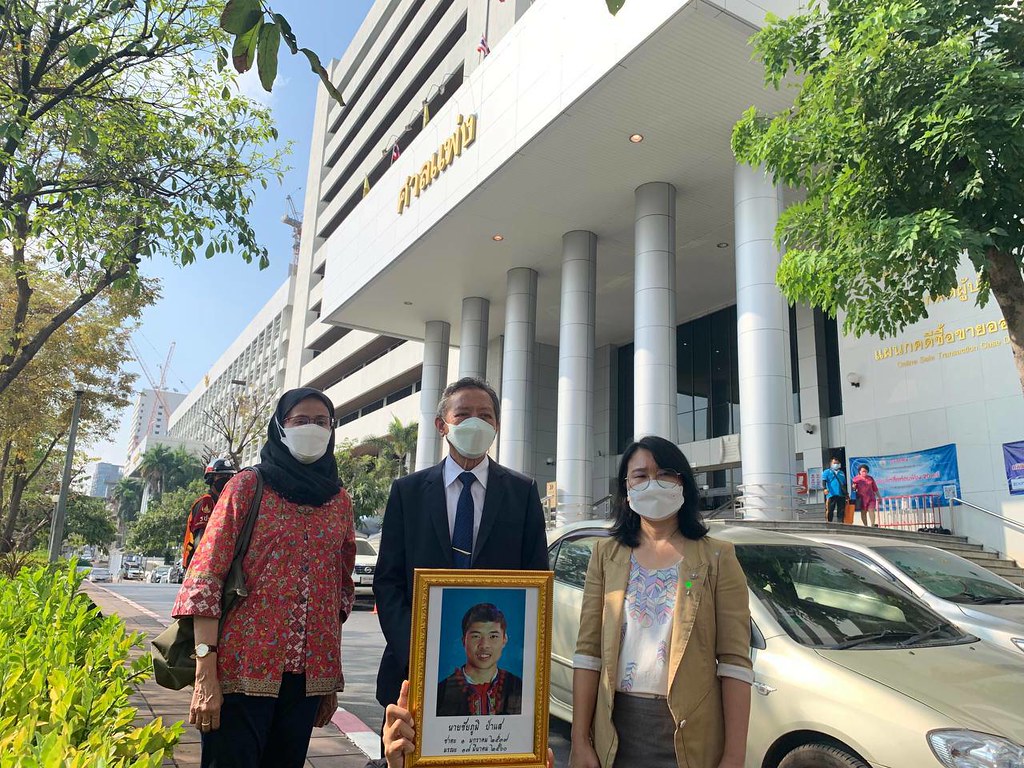 Chaiyaphum was a Lahu activist who worked to promote indigenous rights in northern Thailand and was involved in numerous campaigns for indigenous peoples to gain citizenship and access to basic welfare. He also spoke out against abuses by state officials against his community during anti-drug operations.

He was also a filmmaker and songwriter, and had been awarded a prize at the 16th Thai Short Film and Video Festival for a short film called ‘Belt and Comb’ and several of his short documentaries were broadcast on Thai PBS.

Chaiyaphum was shot and killed by military officers at Ban Rin Luang checkpoint in Chiang Dao District, Chiang Mai, on 17 March 2017. He was 17 years old.

The officers claimed that they found drugs in Chaiyaphum’s car and had to shoot him because he resisted the search and tried to throw a grenade at them. However, an eyewitness told Thai PBS that Chaiyaphum was dragged out of the car, beaten and shot. Forensic evidence found that Chaiyaphum died by a gunshot wound to the chest from an M16 assault rifle.

The Chiang Mai Provincial Court ruled after an inquest in June 2018 that he was killed by an army bullet, but did not rule whether his death was a result of extrajudicial killing or whether the officers’ action was lawful. The court also did not request the CCTV footage of the incident as evidence, despite a request from the family’s lawyer.

The CCTV footage of the incident was never released and remains missing. Ratsada Manuratsada, the family’s lawyer, noted after the ruling that, despite this, the court gave weight to the examination report from the Police’s Office of Forensic Science, which stated that the CCTC cameras and hard disks were functioning, and that there was no deletion or addition of files in the recorder, but the court did not ask where the footage was.

In October 2020, the Civil Court in Bangkok dismissed a lawsuit filed by Chaiyaphum’s family in May 2019 for damages from the army, ruling that the officers shot Chaiyaphum in self-defence and out of necessity, and therefore the army is not liable for damages to his family.

The lawsuit was originally filed in May 2019 by Napoi Pasae, Chaiyaphum’s mother, who asked to be compensated for damages caused by the Army. After the Civil Court dismissed the case, Napoi filed an appeal.

The Appeal Court ruled yesterday (26 January 2022) to dismiss the appeal on the grounds that the officers shot Chaiyaphum in self-defence and therefore the Army is not liable for damages to his family.

As Chaiyaphum’s family is not able to travel to Bangkok to hear the verdict, they were represented by lawyers Ratsada Manuratsada and Janjira Janpaew, and former human rights commissioner Angkhana Neelapaijit.

Ratsada said that the lawyers respect the court’s ruling, but cannot agree with the court on many points, especially regarding the CCTV footage. He said that the lawyers have informed the Appeal Court that the army has made a copy of the tape, and that an army lieutenant told them that he was ordered to make a copy of the tape by his commanding officers, so they do not accept the claim that the CCTV camera was broken and the footage cannot be viewed.

Janjira said that she is concerned about investigating state officials’ actions, and questioned why the CCTV footage was never brought to court. She said that there is evidence that a copy of the tape was made before it was sent to the inquiry officer, and that the lawyers believed that the Army still has the original but is not disclosing it. She is concerned that future cases in which a state official causes the death of a citizen will be treated in the same way.

Meanwhile, Angkhana said that she took a trip to the area when she was a human rights commissioner and was told by a local that they were willing to testify as a witness, but the person could not be contacted when the time came for them to testify. She noted that there is a climate of fear among the local community, and said that she could not agree with the court’s dismissal of DNA evidence, since Chaiyaphum’s DNA was not found on the hand grenade found next to his body. She also said it is a shame that military officers claimed that CCTV cameras in the area have been damaged, even though they have also said they viewed the footage after the incident took place.

Chaiyphum’s mother Napoi said that she is saddened by every verdict. She said she is not giving up on her son’s case, and that she will be going to the Supreme Court.