The Election Commission of Thailand (ECT) has requested the Constitutional Court to suspend Future Forward Party leader Thanathorn Juangroonruangkit from parliament, after accusing him of holding shares in a media company. 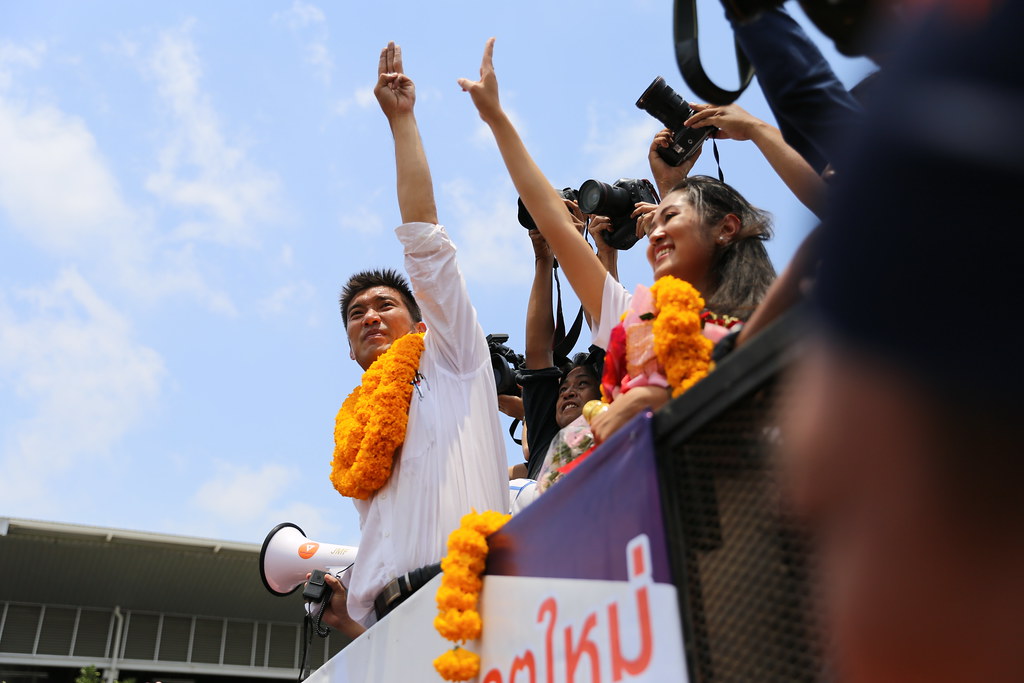 Thanathorn after he left the Pathumwan Police Station, where he has been summoned to answer a sedition charge on 6 April.

Today (16 May), the ECT filed a request with the Constitutional Court to rule whether to suspend Thanathorn from Parliament. The ECT previously accused Thanathorn of holding shares in a media company – an act which, under Section 98 of the 2017 Constitution, prohibits him from running for election as an MP and could result in the termination of his MP status, according to Section 101.

Thanathorn has denied all allegations against him. Future Forward Party Secretary-General Piyabutr Saengkanokkul said in a press conference that Thanathorn had already transferred his shares in V-Luck Media Co. to his mother on 8 January 2019 – a month before registration for candidates in the 2019 election opened. The company itself is also no longer active.

The Future Forward Party has been hit with a string of lawsuits both during the election campaign and following their success on election day. So far, there have been 7 legal cases against party members and 5 electoral complaints against the party. Thanathorn himself has 4 cases against him, including a sedition charge filed against him by the NCPO’s legal officer, Col Burin Thongprapai.

Read more on the legal cases against Future Forward Party

Under Section 125 of the Constitution, no member of the House of Representatives or Senator shall be arrested, detained, or summoned by a warrant for inquiry as a suspect in a criminal case during a session, unless the House of which they are a member grants permission, or if they are arrested while in the act of committing the offense.

Section 125 also says that, if an MP is detained during inquiry or trial before the beginning of a session, the inquiry or the court must release the MP as soon as the President of the House requested, and the Court may order their release on bail or on bail and bond. If a criminal charge is brought against a member of the House of Representatives or a Senator, whether the House is in session or not, the Court may try the case during the session, as long as the trial does not prevent the member from attending the sitting of the House.

When the session begins on 22 May – the 5th anniversary of the military coup in 2014 – Thanathorn as an MP will be entitled to this immunity according to the Constitution. If the Constitutional Court rule to disqualify him from taking office, he could be subjected to detention for the charges the NCPO filed against him.