The defence lawyer of Jatuphat ‘Pai Dao Din’ Boonpattararaksa has revealed that the renowned democracy activist chose to plead guilty because he was being tried in camera, with observers and the media not allowed into the courtroom.

After standing firm behind bars for almost eight months, the abrupt decision of Jatuphat, a law student and key democracy activist, to plead guilty took many people by surprise.

Kritsadang Nutcharus, the defence lawyer from Thai Lawyers for Human Rights, has now revealed that the activist ultimately chose to plead guilty because his trial was to be held in camera.

He said Jatuphat initially intended that his trial would show injustices in the Thai judicial system, but his goal could not be met if the court chose to hold his trial in secret.

At the first hearing in the case on 3 August 2017, the court announced that the entire trial would be held in camera as it is related to ‘national security and the monarchy.’ Thai courts, especially military courts, usually cite the same reason for trying lèse majesté suspects in secret.

According to iLaw, a human rights advocacy group, Jatuphat and his family was also informed by the court that he does not stand much chance of winning the case as the King is protected by the constitution although he was accused of lèse majesté for merely sharing a BBC biography of King Vajiralongkorn.

Josef Benedict, Amnesty International’s Deputy Campaigns Director for Southeast Asia and the Pacific, has condemned the court’s verdict on the Jatuphat case.

“This verdict shows the extremes to which the authorities are prepared to go in using repressive laws to silence peaceful debate, including on Facebook. It is outrageous that Pai Dao Din is now facing more than two years behind bars just for sharing a news article,” said Benedict.

Jatuphat also faces trial in a separate case in Khon Kaen Military Court for violating the junta’s ban on political gatherings of five or more persons.

The charge arises from his participation in a gathering at the replica of the Democracy Monument in Khon Kaen Province to commemorate the first anniversary of the coup d’état on 22 May 2015. 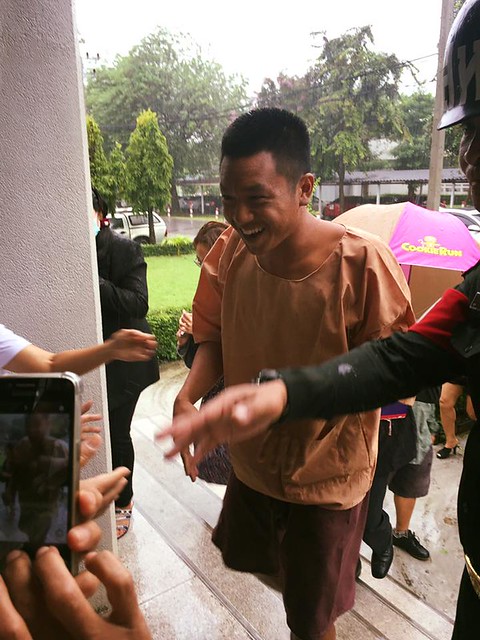