The indigenous Hmong community on Mon Jam, a mountain in Chiang Mai’s Mae Rim District and now a famous tourist destination, staged a protest on Monday (29 August) to block forestry officials from demolishing their houses and homestays. 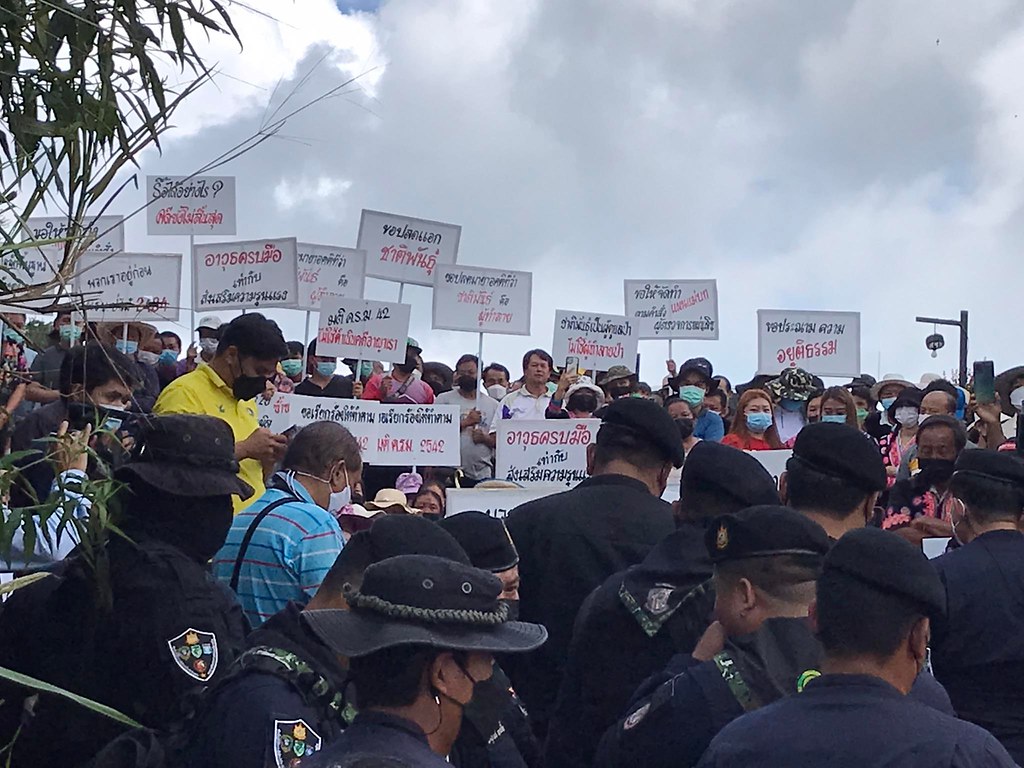 The officials claimed they were acting on orders of the Forest Department’s Forest Resource Management Office 1, and that the villagers had built their houses in a watershed conservation area. The officials also said that five homestay accommodations are to be demolished, as these businesses have violated the Forest Act by not using the land for its intended purposes and because they are no longer run by locals.

The North, Thai PBS’s northern provinces news outlet, reported that the villagers have said that their community has lived on Mon Jam for over a century, and that their village can be seen in aerial photographs dating from 1952.

After failing to reach an agreement, the officials left the village on Monday afternoon, while the villagers said that, if they are not able to stop the demolition, they will file a petition directly with Chiang Mai’s Provincial Governor.

Meanwhile, Varawut Silpa-archa, Minister of Natural Resources and Environment, told Thai PBS that the demolition is within the law, and that there are both local communities and newcomers living on Mon Jam. He asked that officials try to negotiate with the community, and said that the demolition is being done at the request of the Royal Project, a development project associated with the late King Bhumibol, which is operating a centre in the area.

Green News reported today (31 August) that the Forest Department has called off the demolition. Meanwhile, a community representative said that they have filed a petition with the Administrative Court and will not allow any official to enter the community until a court ruling is made. 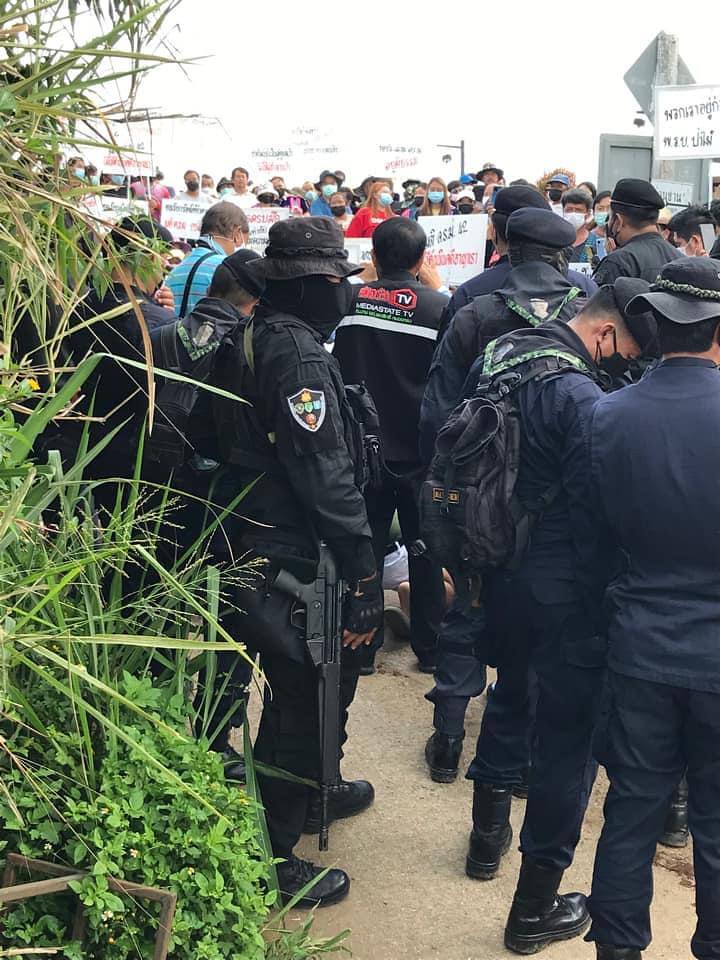 Responding to the situation, Move Forward Party MP Nitipon Piwmow said that the main issue is that the authorities are not trying to solve land rights issues, but using conservation as an excuse to crackdown on local communities. In many areas across the country government agencies claim local communities are encroaching on conservation area, but there has never been an attempt to prove that the community has a right to the land or that they lived in the area before it became a conservation area.

Nitipon also said that forestry officials were not able to explain how or when the land on Mon Jam was surveyed and by whom, and so official orders were being enforced without evidence. He noted that the community said they are willing to negotiate and work with the government on how to develop the area, but officials kept telling them that they are not allowed to do any activity but agriculture when it was the government’s own policy that led to the import of cheap fruit and vegetables from China, hitting the sales of crops grown locally.

“When they have no income, they find a way out by developing tourism, and sustainable tourism will give be an opportunity for the people to earn more money so that they can develop themselves and improve their quality of life,” Nitipon said.

“So I don’t understand why this government wants to see poor people just waiting for charity. Is that why it is not trying to find a way for them to use local resources to create development for themselves. I think that, if the government wants to sincerely solve the problems for every group of people, they should be able to use other measures to help without having to interpret the law in such a perfunctory manner to show that it has power and creating conflict with the people.”

Meanwhile, the People’s Movement for a Just Society (P-Move) issued a statement saying that the forest officials’ operation might be unlawful, as there has been no court order or administrative order for buildings on Mon Jam to be demolished, and the community also confirmed that the Chiang Mai Administrative Court has not ruled on their petition. The community has lived on Mon Jam since 1904 and there is evidence that they have continuously lived on and used the land. The network also said that, since the conflict has not been resolved, officials do not have the right to make their own judgement, and because the community has not been found guilty of any criminal charge, the officials’ operation is too severe and unlawful.

P-Move called on the Ministry of Natural Resources and Environment to stop its violation of human rights by using the Royal Project to forcibly evict an indigenous community, noting how it has never done the same with the elite and other monopolising groups.

“It is time that society and the government accept the fact that people live on these lands and are making a living out of them, and accept that the laws, policies, ideology of administrators in the Ministry of Natural Resources and Environment’s are dictatorial and outdated. It cannot keep up with how the world is changing, especially when it comes to the wave of democracy and human rights, and continues to label people as criminals, and use force and suppresion with armed officers. The use of military tactics will never lead to the goal of increasing forest land or public benefit. It will only result in the seizure of resources for the benefit of their own clique, endangering people and killing citizens,” said the statement.

The network also called on the authorities to end the operation against the Mon Jam villagers and to work on granting them the right to their landand to come up with a master plan on how the Mon Jaem area is to be developed. It noted that what happened to the villagers reflects how the authorities do not respect indigenous rights and enforce the laws without considering a community’s history and way of life. They called on the government to pass legislation protecting indigenous cultures and ways of life as soon as possible.