Home » Activists petition US Embassy for release of political prisoners

Activists petition US Embassy for release of political prisoners

The activist network Citizens for the Abolition of 112 submitted a petition to the US Embassy yesterday (10 May) calling for the US to pressure the Thai authorities to release detained activists and repeal the royal defamation law. 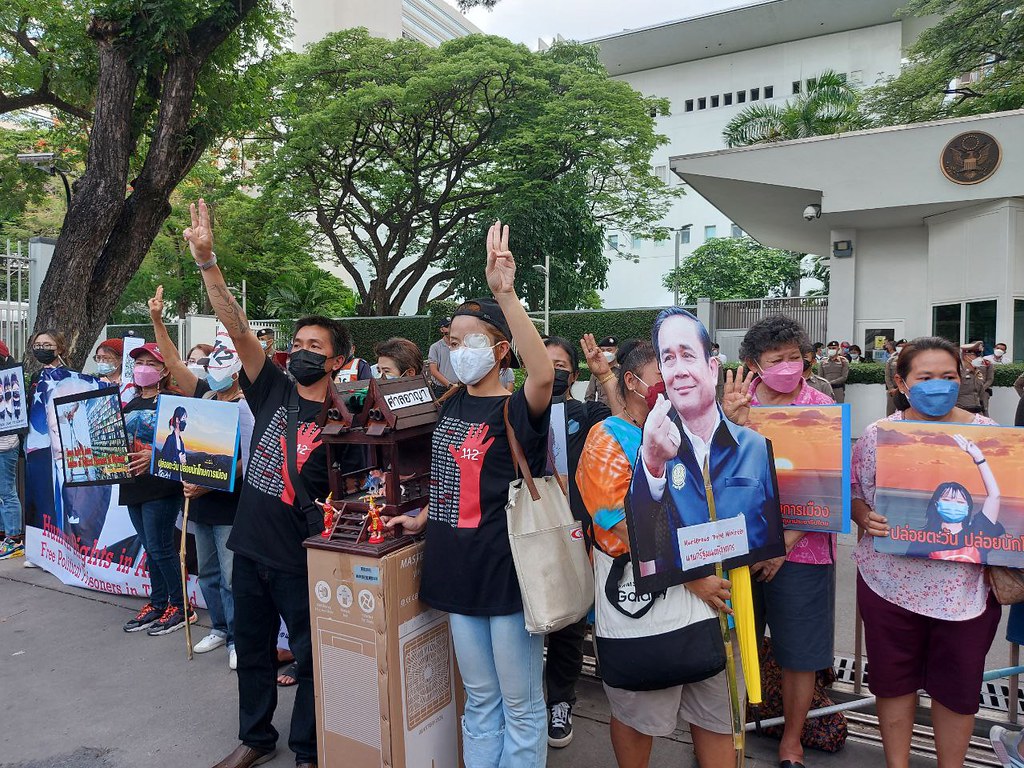 The network, led by activist Somyot Pruksakasemsuk, went to the US Embassy at around 13.00 yesterday afternoon (10 May) to submit a petition addressed to US President Joe Biden, ahead of an ASEAN-US Special Summit which will take place on 12 – 13 May in Washington DC and which Thai Prime Minister and Minister of Defence Gen Prayut Chan-o-cha will be attending.

The petition states that it is regrettable and shameful that the US president must attend a meeting with Gen Prayut, whose government has a record of human right violations, including the use of violence against pro-democracy protesters, using the royal defamation law to prosecute monarchy reform activists, and blocking online petitions. The government under Gen Prayut also did not protect the rights of migrant workers, prevented them from forming a union, and prosecuted those who speak out about their exploitation.

The petition calls on the US government to pressure the Thai government to end these human rights abuses by releasing the 11 activists currently detained, repealing the royal defamation law, and protecting migrant workers and ending human trafficking.

“It can be seen that Thailand is facing a human right crisis under Gen Prayut’s government, which causes difficulties, death, detention, obstruction of freedom of expression and peaceful assembly. It uses the law to block the truth and uses the justice system to detain people and cause hardship for a wide range of people. We would like to call on the US government, as a country which has said that it supports democracy and human rights, to stand by its principles by pushing the ASEAN community to stand by democracy and human rights to bring about sustainable development and future good relationships between the US and ASEAN,” said the petition.

The petition was received by Kevin M. McCown, the Embassy’s Political Secretary. 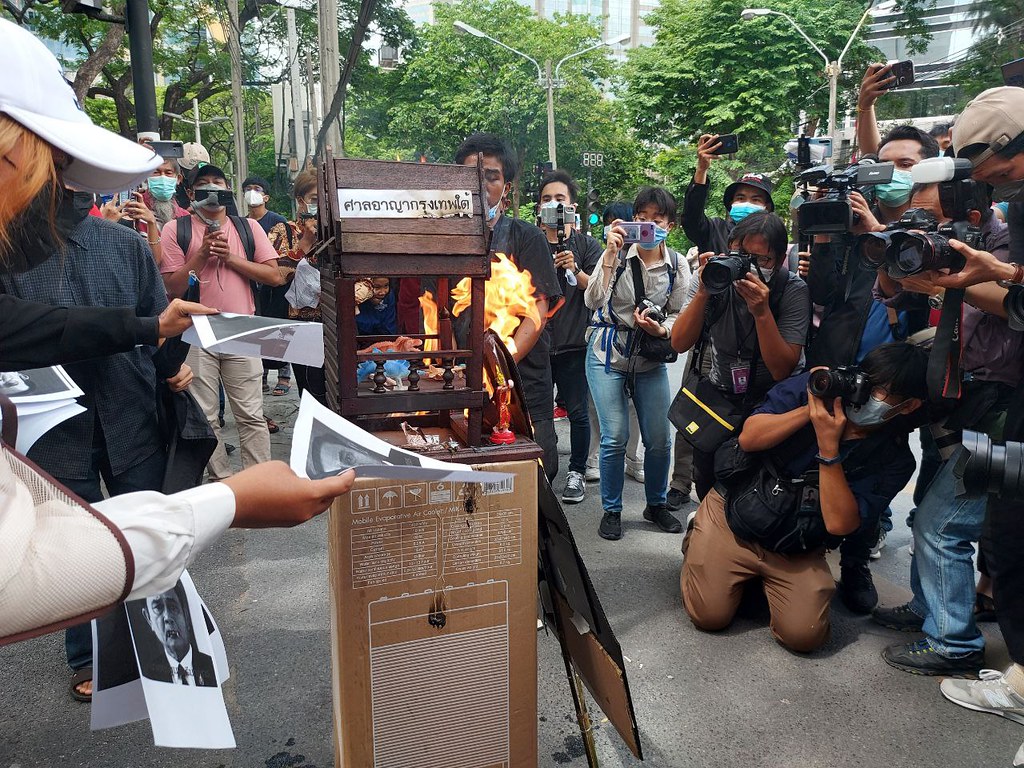 After the petition was submitted, the activists burned a model of the Criminal Court as a symbolic act of protest against the justice system which violates people’s freedoms. They also burned pictures of Gen Prayut.