Two men, possibly plainclothes police, visited missing activist Siam Theerawut’s mother at her home on Tuesday (29 March), claiming to be looking for Siam, and asked to enter the house without presenting IDs or a warrant. 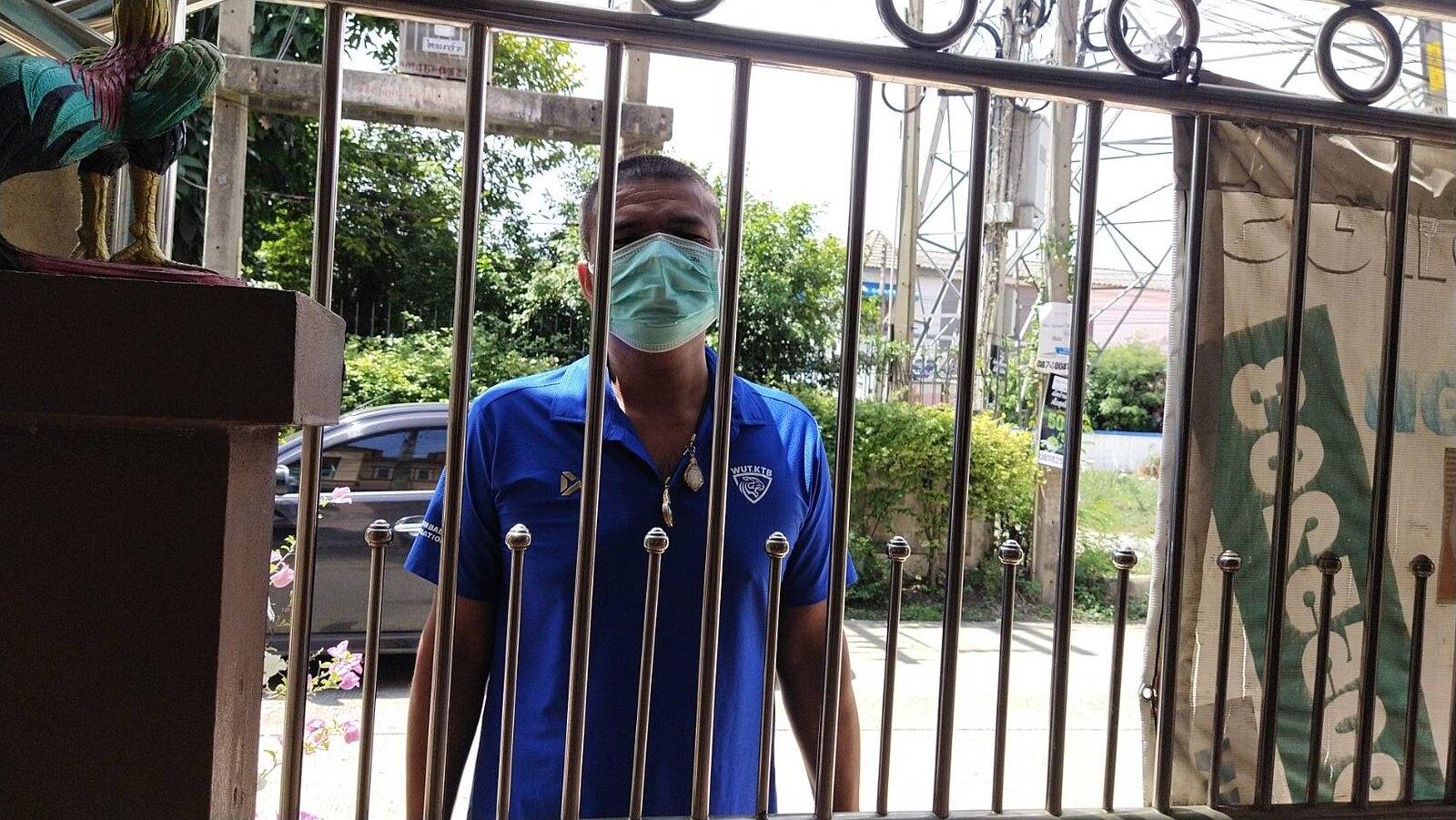 One of the men who visited Kanya at home

Siam’s mother Kanya Theerawut said that the two men had cropped hair and were wearing blue polo shirts. She said that she saw them standing in front of the house, so she went out to ask them what they were doing. They told her that they were looking for Siam and wanted to know if he has come home. They also asked to come inside the house, but Kanya refused, telling them that they need to bring a warrant and she would need to search them before they could come inside the house.

The two men did not go inside the house, but asked to take a photo of Kanya, claiming they have been ordered to do so by their superiors. Kanya let them take a photo of her, and she also took photos of them and their vehicle.

The men claimed they were from Krathumbaen Police Station, Samut Sakhon, but did not give their names and rank and did not present their identification.

Kanya said that she was home with only her 7-year-old granddaughter at the time, and that she would not let the officers inside her house without a warrant. She would also search them to make sure that they did not bring anything illegal into the house. 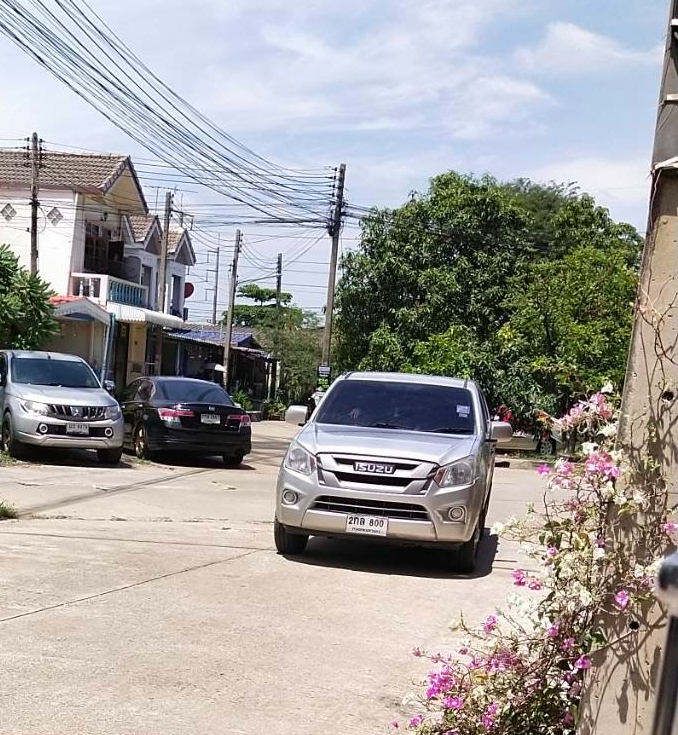 The pickup truck the two men arrived in

Siam fled the country after the 2014 military coup, after he was accused of royal defamation for participating in “The Wolf Bride,” a period comedy play performed at Thammasat University. Others involved in staging the play, Pornthip Munkong and Patiwat Saraiyaem, were arrested and spent two years in prison.

Siam went missing in May 2019, after he was reportedly arrested in Vietnam and extradited to Bangkok along with 2 other Thai activists in exile: Chucheep “Uncle Sanam Luang” Chiwasut and Kritsana Tubthai. Their fate remains unknown and very little progress has been made in the investigation into their disappearance.