Home » APHR: Hun Sen’s rogue diplomacy is a threat to ASEAN and Myanmar

APHR: Hun Sen’s rogue diplomacy is a threat to ASEAN and Myanmar 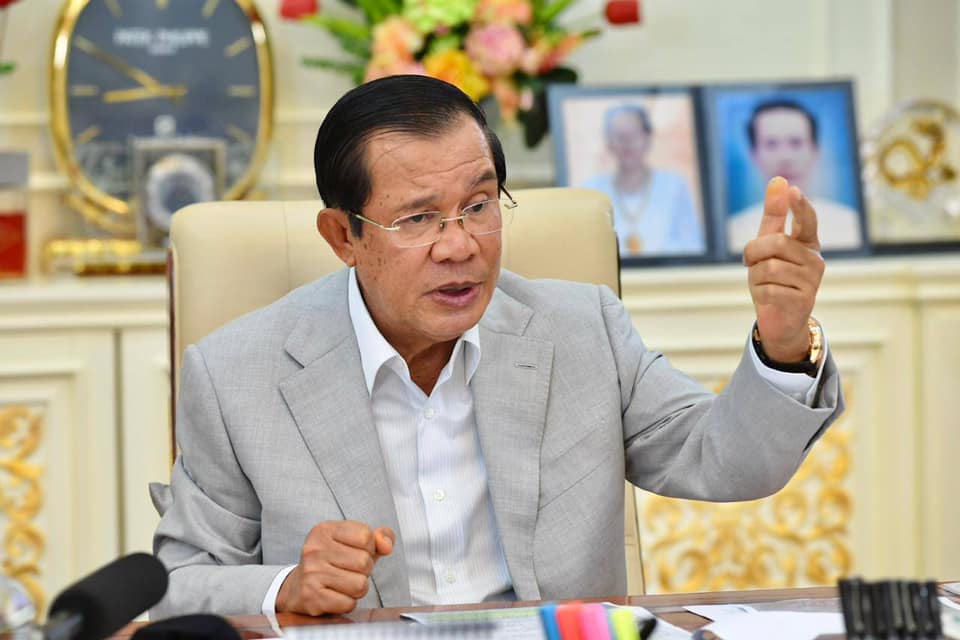 Cambodian Prime Minister Hun Sen’s official visit to Myanmar, his meeting with the self-declared State Administration Council leader Min Aung Hlaing, and their Joint Press release, are a brazen and dangerous attempt to seize the initiative away from the Association of Southeast Asian Nations’ (ASEAN’s) collective approach to the crisis in Myanmar. These two coup makers are conducting another coup within ASEAN that threatens to split the organisation itself. The other eight members of ASEAN must jointly demand that Cambodia adheres to the Five-Point Consensus and works within the collective framework of ASEAN to tackle the multiple urgent crises in Myanmar.

Cambodian Prime Minister Hun Sen and Min Aung Hlaing agreed in April 2021 to the Five-Point Consensus as ASEAN’s approach to the humanitarian and human rights crisis in Myanmar. Almost immediately, Myanmar’s junta broke the agreement by escalating the violence and has failed to make any genuine progress on the agreed plan. Even before Cambodia took over the Chairmanship of ASEAN, Prime Minister Hun Sen signalled his disdain for the Five-Point Consensus, declaring he had his own plans. It is deeply concerning for the whole region that he has subverted the ASEAN process, and is hijacking the Chairmanship to oppose the will of the people of Myanmar who have made their stance clear for close to a year that they will not accept junta control.

Their joint press statement announces a number of apparent breakthroughs in their talks, but no one should be fooled that any actual progress has been achieved. The military has made no substantive concessions and there has been no dialogue that could lead to a tenable ceasefire. There is no mention of imprisoned elected officials such as President Win Myint and State Counsellor Aung San Suu Kyi, nor of the National Unity Government formed by elected representatives who were unconstitutionally ousted from power by the military. The apparent humanitarian initiative agreed to by Hun Sen and Min Aung Hlaing places aid in the hands of the same military that is blocking and destroying humanitarian aid to those in need, conducting the war that has killed, injured, and displaced hundreds of thousands of people, while impoverishing millions more. No progress can be made, unless the military junta’s campaign of terror against the Myanmar people is stopped and the Myanmar people and their elected representatives are consulted and included. An enduring solution to the crisis cannot be reached with the junta setting its own conditions.

“The joint statement released by the Cambodian Prime Minister with the leader of the illegal junta, Senior General Min Aung Hlaing, is a misguided and dangerous attempt to deceptively portray a breakthrough, when in fact, his unilateral actions have dramatically weakened ASEAN’s collective leverage to solve the Myanmar crisis. It is a brazen attempt by these two coup leaders to hijack ASEAN for their own authoritarian purposes, undermining the Myanmar peoples’ fight for democracy and human rights,” said Charles Santiago, Chair of ASEAN Parliamentarians for Human Rights.

It is clear that Myanmar’s military has displayed a flagrant lack of respect for ASEAN, and in fact since its coup attempt on February 1, 2021, it appears to have used the bloc to try to gain legitimacy while at the same time intensifying brutal reprisals against the people of Myanmar, PM Hun Sen has chosen to be complicit in their strategy by recklessly attempting to legitimise the junta against the collective will of ASEAN leadership.

“Hun Sen should know better, having lived through the Khmer Rouge genocide, than to act as an accomplice to the Myanmar junta that is accused of genocide, crimes against humanity, and war crimes. Hun Sen and the junta’s attempt to deceive the world that they are making progress to resolve the situation is blatantly dishonest, and Myanmar people are not fooled by it. The last thing we need is another dictator supporting Min Aung Hlaing’s campaign of terror. Has Hun Sen forgotten the millions of Cambodian people who suffered through their own genocide? Hun Sen’s hijacking of ASEAN through its Chairmanship should not facilitate continuation of the junta’s own killing fields against the people of Myanmar. This is unacceptable and ASEAN leaders have the responsibility to stop this,” said Khin Ohmar, founder of Progressive Voice.

ASEAN Parliamentarians for Human Rights and Progressive Voice call on the other eight members of ASEAN to jointly demand that Cambodia, as ASEAN Chair, adheres to the Five-Point Consensus and works within the collective framework that has been maintained since its founding 55 years ago. ​​If no urgent actions are taken, the other members risk colluding with Hun Sen in furthering the destruction of the unity, integrity, and credibility of ASEAN, while the junta continues its terror campaign against the people of Myanmar.

We call on ASEAN leaders to reiterate their commitment to support the Myanmar people’s aspirations to achieve peace, freedom, democracy, and respect for human rights in their country.