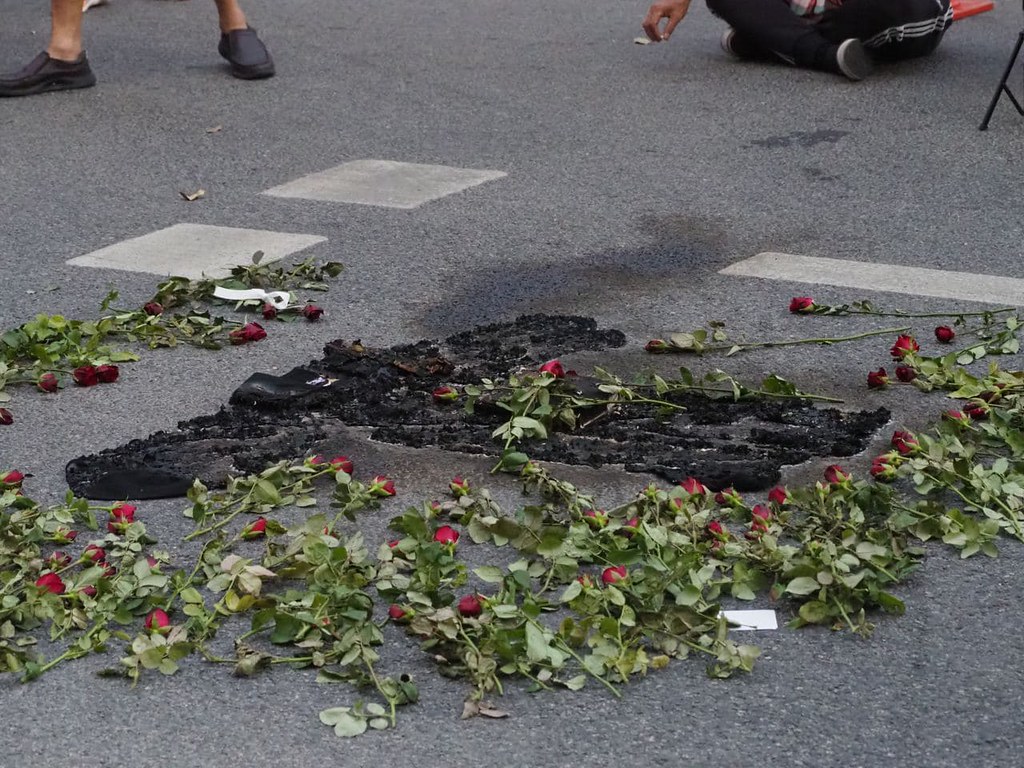 A judge uniform burned to protest the bail rejection.

A bail request was submitted to the Ratchadapisek Criminal Court on 17 December.  The court considered the matter on the same day.  On the 24th, it ruled to leave its former order unchanged out of concern that the four, if released, would commit the same offences again.

Protesters who marched from the Lat Phrao Intersection to the Court in support of the bail request expressed disappointment over the ruling. Thatchapong Kaedam, another prominent figure in the protest movement, said that next year, the people will continue to call for change and the intensity of the demonstrations will escalate.

The protesters then burned a judge uniform and the Criminal Code textbook and sprayed paint all over the Court entrance area. 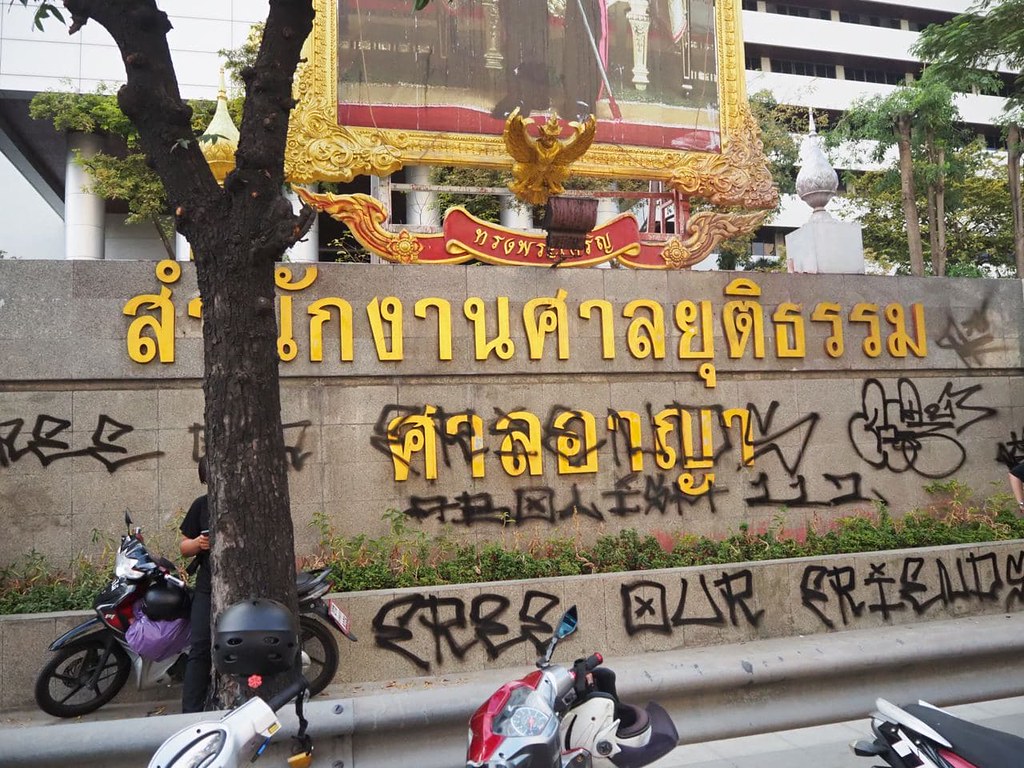 During the bail hearing last week, the four detainees affirmed that, if released, they would abide by previous Court conditions to not engage in any activities damaging to the monarchy, take part in protests causing public disorder, flee the country, or violate Court-mandated travel restrictions.

In addition the four, at least 16 more people are being detained pending trial or police investigation of their participation in political protests and confrontations with the police over the past year.