Sirapat Deesawat, a Nonthaburi man charged with royal defamation for removing a gold-framed King Vajiralongkorn portrait from a housing estate entrance last August, may be tried in a closed-door session.

On 3 November, the prosecutor requested the the Nonthaburi Province Court hold Sirapat’s trial in camera, not allowing the public to hear the proceedings because the case is related to the royal defamation law.

Sirapat is currently out on bail.  A 100,000 baht security was posted on his behalf by the Ratsadon Prasong Fund, a charity set up to help people charged with political crimes.

Kanokwan Chimnok was also charged in the case for receiving stolen property. She surrendered on 24 August and was released after putting up a 90,000 baht security deposit.

Sirapat was arrested without a warrant on 10 August after Songsak Chantachot, a Prachachuen village chief, complained that a King Vajiralongkorn portrait in a decorative golden frame was stolen from the entrance of a housing estate. A CCTV camera recorded the theft. 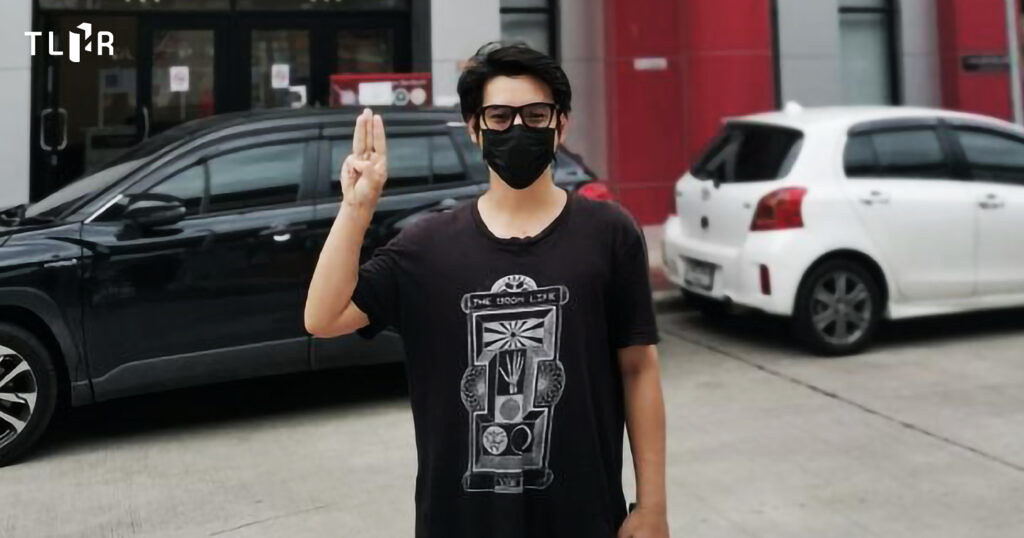 According to the prosecutor's report, Sirapat removed the portrait and its frame, dragging both along the ground face down for about 190 metres - an allegedly criminal display of disrespect towards the monarch.

Section 112 of Thailand’s Criminal Code makes it illegal to defame, insult, or threaten the king, queen, heir-apparent, heir-presumptive, or regent.  Those found guilt of violating the law can be sentenced for up 15 years in prison.