Student activist Benja Apan was arrested yesterday (7 October) on a lèse majesté charge in connection with the 10 August 2021 protest and has been denied bail. 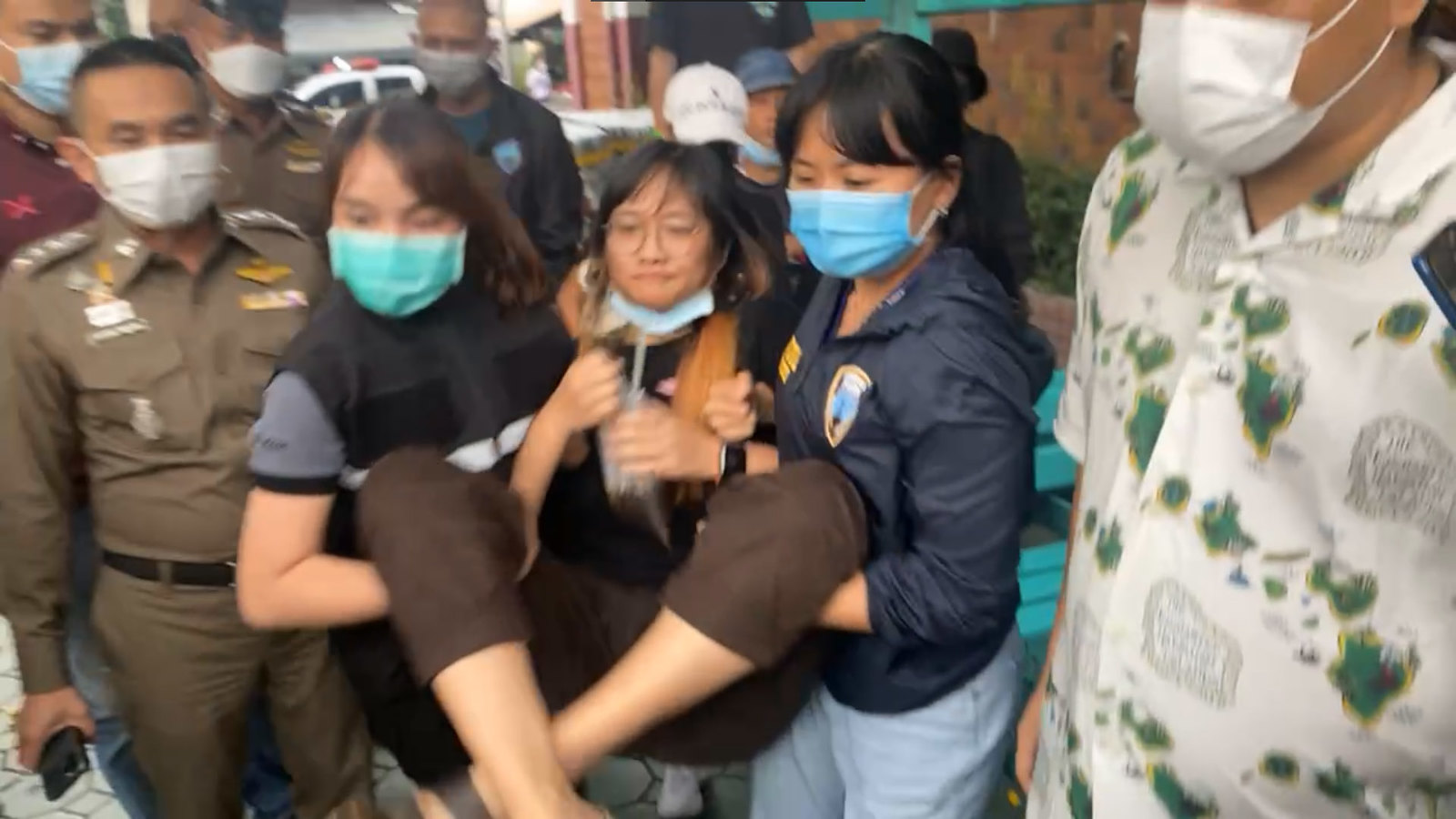 Benja went to meet the inquiry officer at Lumpini Police Station yesterday afternoon to hear a charge of violating the Emergency Decree for participating in the 3 September protest at the Ratchaprasong intersection. However, the police found that there was an outstanding arrest warrant issued against her on a royal defamation charge under Section 112 of the Thai Criminal Code, as well as charges for violations of the Emergency Decree and the Communicable Diseases Act, for participating in the 10 August 2021 protest.

During the protest, Benja read out the 2nd United Front of Thammasat and Demonstration Declaration, stating that the 2014 coup led by Prime Minister Gen Prayut Chan-o-cha has led to a regime which benefited only the elite. The statement also criticised the government’s mishandling of the Covid-19 pandemic and called for the government properly handle the pandemic, revitalise the economy, repeal the 2017 Constitution which allows the junta government to prolong its stay in power, push forward reforms in state structures and the monarchy, and also return to the people their dignity.

Benja was denied bail at the inquiry level, and was detained at Thong Lo Police Station overnight. She was taken to court this morning (8 October) for a temporary detention request and was later denied bail. 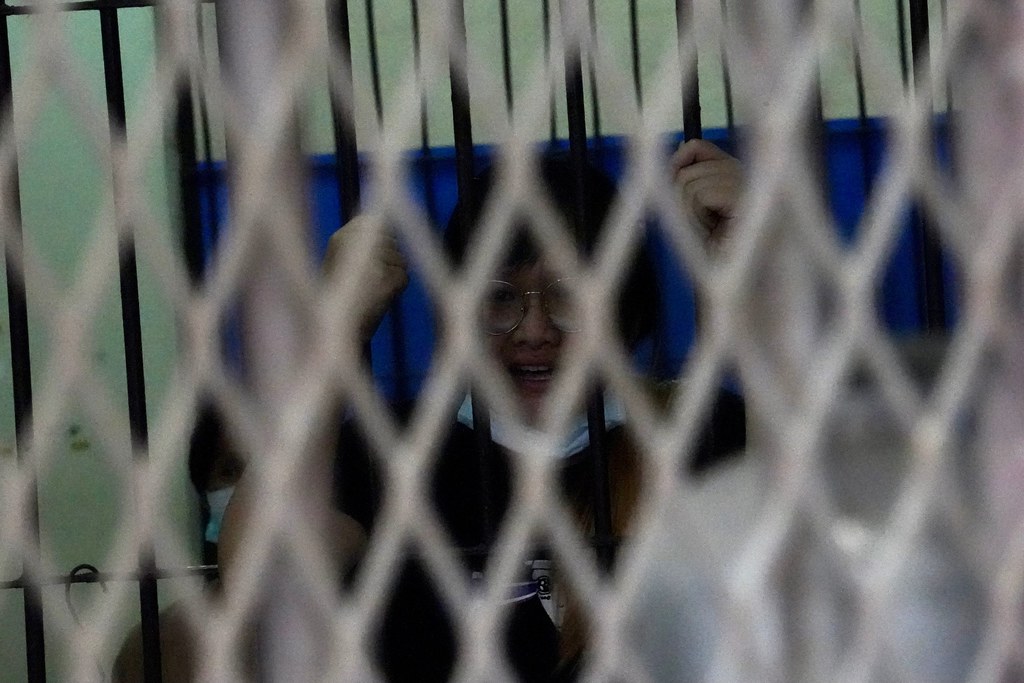 Benja being held in a detention truck (Photo by Ginger Cat)

The judge who signed the order was reported to be Netdao Manotamkij, who denied Benja bail on the grounds that the offense carries a serious penalty, and that she has previously committed the same offense. The inquiry officer also opposed bail.

According to Thai Lawyers for Human Rights (TLHR), Benja is currently facing 6 charges under Section 112. 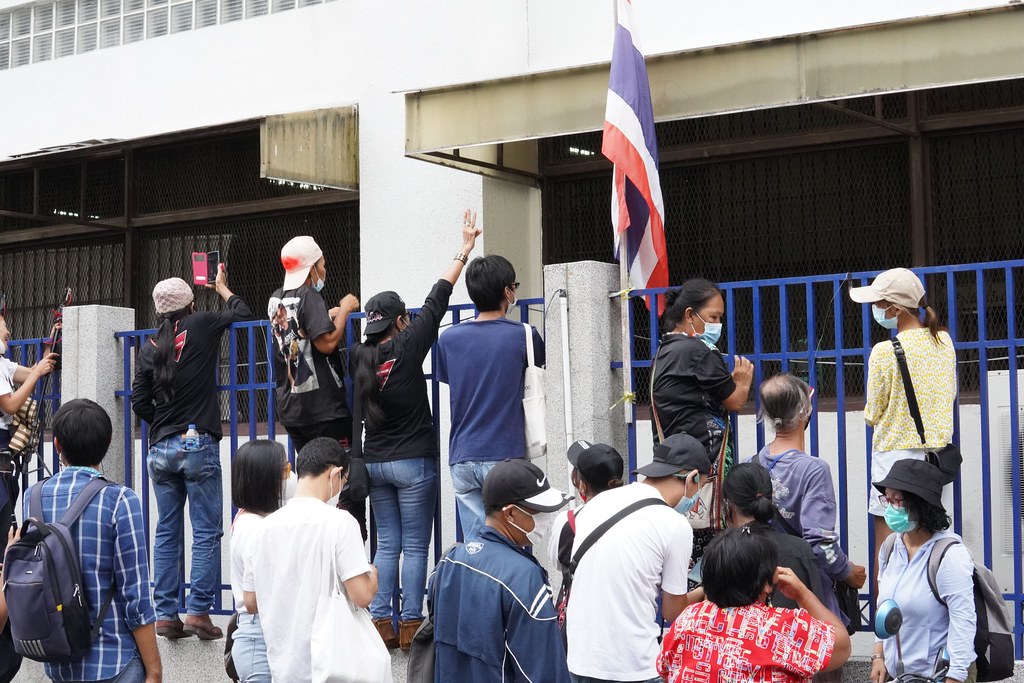 The United Front of Thammasat and Demonstration posted a letter from Benja thanking everyone for their support.

“Everything happened so fast, and it’s very confusing, but it’s alright,” the letter said. “It will pass soon. We are the demons of time, and time is always on our side. See you later.”

Benja has been taken to Central Women Correctional Institution. The crowd of supporters waiting at the South Bangkok Criminal Court gathered by the court’s back gates, but the vehicle taking her to prison turned towards the front gates. It was reported that the crowd tried to chase after the truck, but could not catch up. Meanwhile, TLHR said that they have appealed the order denying her bail, and are still waiting for the result.