Following a launch on 1 July, a new exhibition showcasing political cartoons by artists from 5 ASEAN countries is now online and will be on display until 31 July. 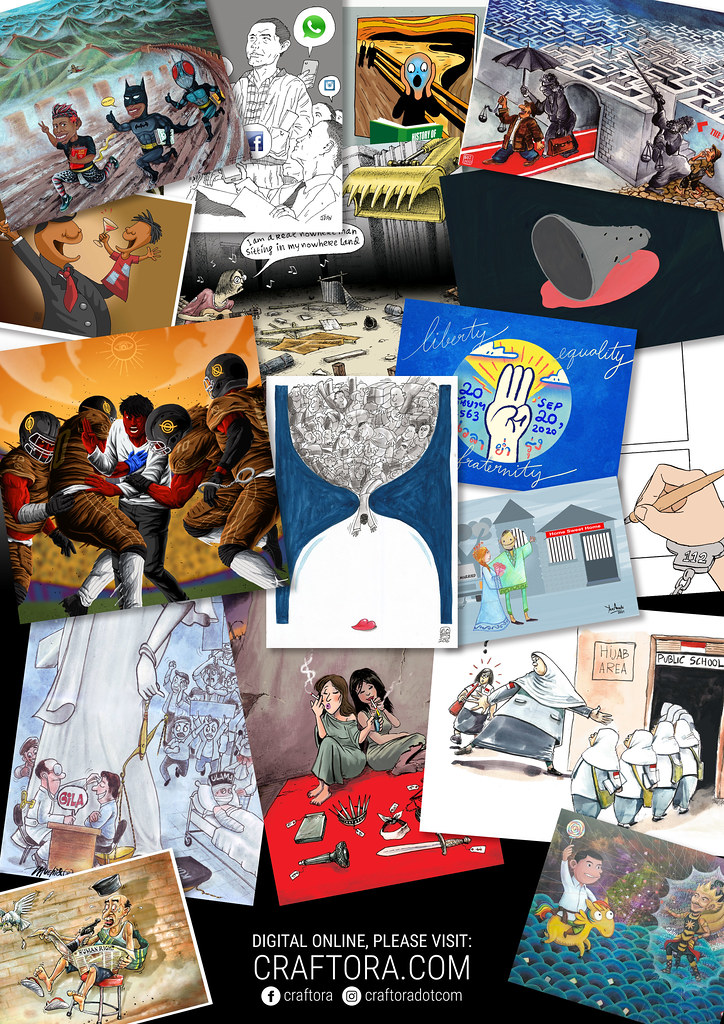 Some of the works featured in the exhibition

The exhibition, titled “Human Rights in ASEAN: the Cartoonists’ Perspective,” is led by Malaysian cartoonist Zulkiflee S.M. Anwar Ulhaque, known under his pen name Zunar, and supported by the Friedrich Naumann Foundation (FNF).

It features 81 cartoons by 38 cartoonists from Malaysia, Indonesia, Thailand, the Philippines, and Myanmar.

The exhibition focuses on human rights violations and social injustice in Southeast Asia, including the state of emergency in Malaysia, the use of the royal defamation law, or Section 112, in Thailand, the drug war in the Philippines, the 2021 Myanmar military coup, and religious extremism in Indonesia.

The gallery can be visited online at Craftora.com free of charge. The exhibition will be online until 31 July.

On Saturday (10 July) at 13.00 Bangkok time, there will also be a forum on human rights in ASEAN featuring Zunar and Kanokrat Lertchoosakul, lecturer at the Faculty of the Political Science, Chulalongkorn University.