Home » Commemoration of the 1932 Revolution calls for more democratic constitution

Commemoration of the 1932 Revolution calls for more democratic constitution

The public joined the Committee Campaigning for a People’s Constitution (CCPC) on Wednesday 24 June in remembering the 1932 People’s Party’s declaration and demanding amendments to the 2017 constitution. Meanwhile, other commemorations faced difficulties from the authorities. 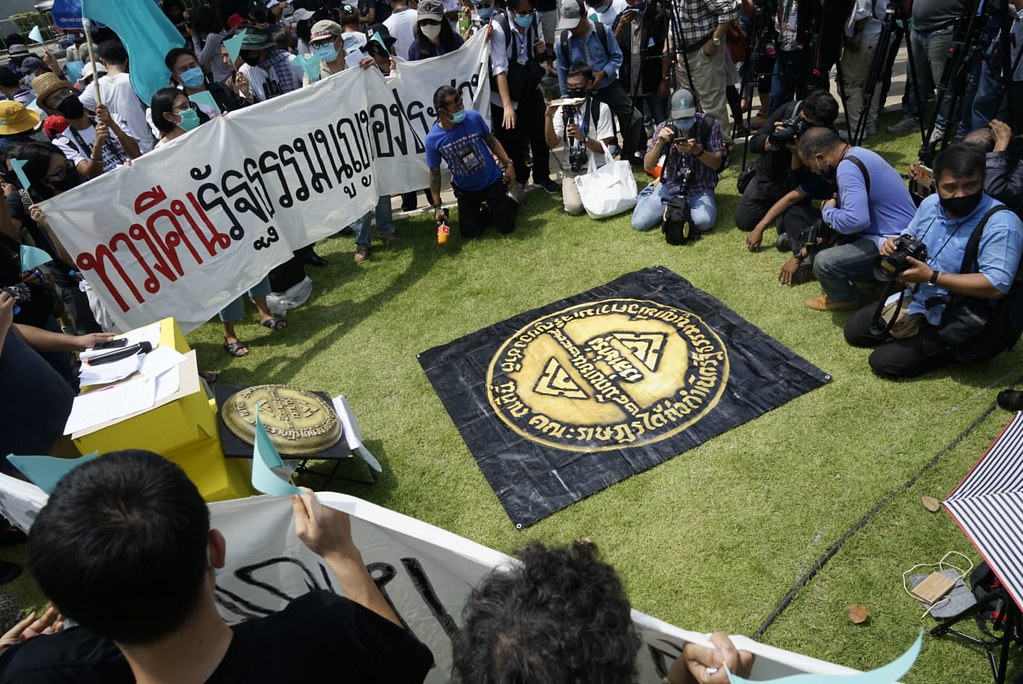 The participants with a photo of the disappeared People's Party plaque.

On 24 June, the 88th anniversary of the 1932 Siamese revolution, which transformed Thailand from an absolute monarchy to a constitutional monarchy, the CCPC held a demonstration in front of Parliament House at 10:30.

The event included speeches from the CCPC, a petition to parliament’s constitutional committee demanding constitutional reforms and the singing of the original 1932 Thai National Anthem.

Over 100 people, including Members of Parliament (MPs), members of the press, students, and elderly people, joined the assembly in the presence of uniformed and undercover police.

One of the organizers, dressed in the uniform of a soldier from 1932, read out the 1st People's Party Declaration, which was read at dawn on this day in 1932 and marked the regime change from an absolute monarchy to democracy.

Representatives of the CCPC, People's Party for Freedom, the 24 June Democracy Movement and the Labour Unions of the Greater Rangsit Area pointed out that the government has failed to fulfil its own policies and urged the government to listen to the people’s wishes and demands. They emphasized that “the people own the country, not any particular group of powerful people.”

Along with the CCPC event, six counter-protesters also gathered in front of the parliament demanding the people to return their power back to the king to let him provide the "Thai-styled constitutional democracy" that goes along with Buddhist values.

The CCPC’s petition to the House Committee studying constitutional amendments details four changes to the 2017 constitution, which they said was not written to truly serve the people.

Then, people sang the original (1932) version of Thai National Anthem together and chanted “Dictatorship shall fall, democracy shall flourish, the constitution must come from the people,”  before everyone left.

The CCPC submitted the petition demanding an amendment to the 2017 Constitution once back on March 13.

Purinat Payanon, one of the participants, said that it takes courage to bring about change in the country where hope is scattered and the struggle needs to keep going.

“Since that day until today, there has been a determination to put power in the hands of the people. There is a power struggle where power relations are still contested. I think we still need to keep fighting until our goal is achieved — that the power belongs to the people.”, said Purinat.

This event was one of over 15 events scheduled for 24 June.

At 05:40 at the Democracy Monument, Bangkok, about 50 people gathered to commemorate the 88th year of the 1932 Siamese Revolution.

The participants projected a short hologram video mimicking the declaration of the People's Party first declaration that marks the regime change from absolute monarchy to democracy which happened in the dawn of this day in 1932. 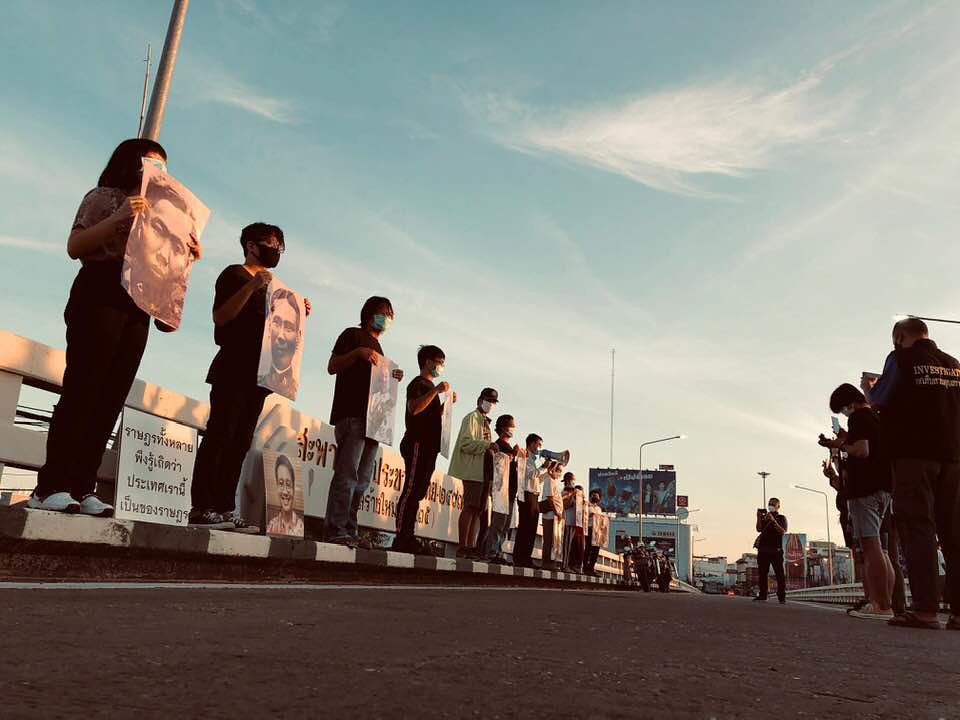 Meanwhile, the people who wanted to gather for commemorations in Yasothorn and Surin province faced pressure from the authorities that they have to minimize the event and cancel them respectively.

In Khon Kaen province, students and activists gathered at the Democracy Monument in Muang Khon Kaen district. The authorities put up fences to keep the people from the monument. 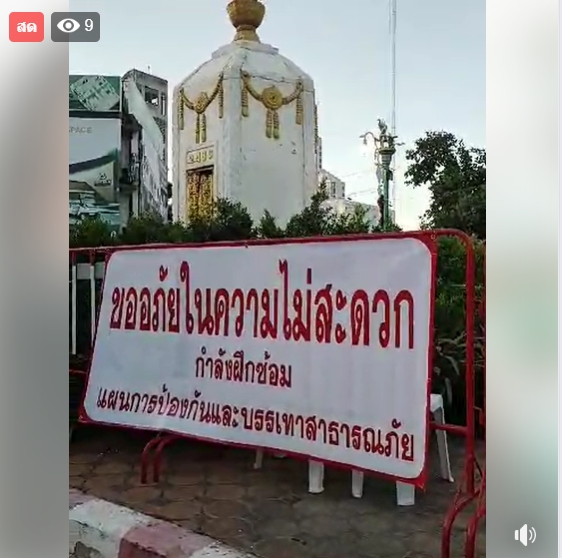 The sign stated "Sorry for an inconvenience, disaster prevention and relief drill is underway".

At 04:30, a cloth banner with the message "Inheriting the People's Party legacy, defeating the dictator" appeared at the overpass in front of the Khon Kaen University. 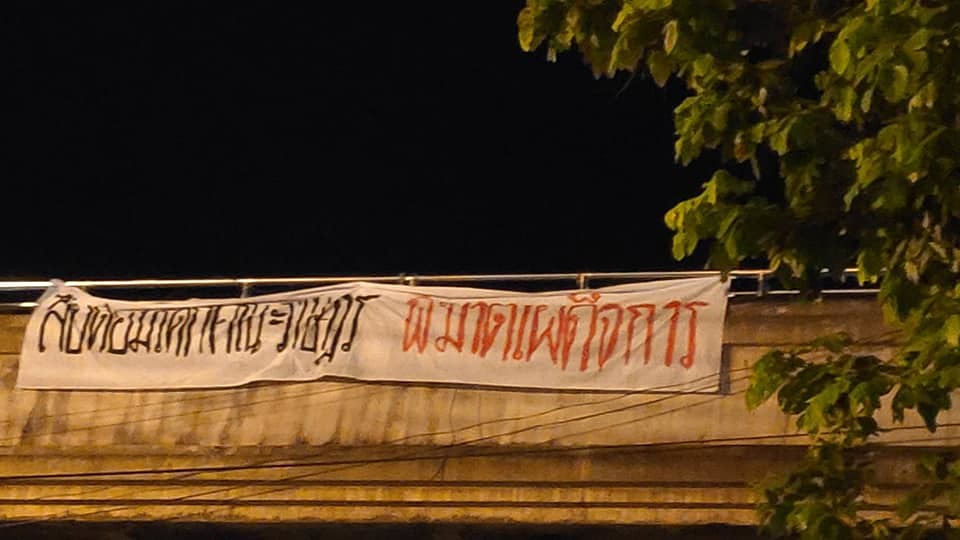