The family of missing activist in exile Wanchalearm Satsaksit has filed a complaint with the Thai Office of the Attorney General, the Ministry of Justice’s Rights and Liberties Protection Department, and the National Human Rights Commission (NHRC), calling for an investigation into his disappearance, while also preparing to file a complaint with the Cambodian police. 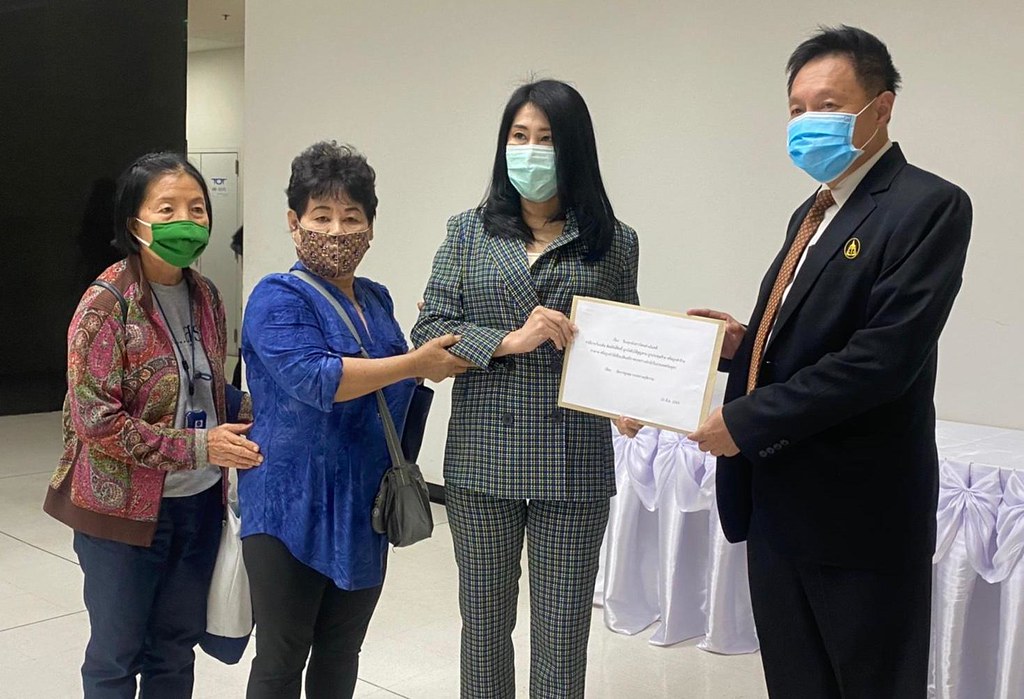 Sitanun is joined by Pranee Danwattanusorn (first from left), whose husband Surchai went missing while in exile in Laos, and Kanya Theerawut (second from left), mother of Siam Theerawut, another missing activist.

Sitanun Satsaksit, Wanchalearm’s older sister, went with representatives from Thai Lawyers for Human Rights (TLHR) on 23 June to the Office of the Attorney General, the Ministry of Justice’s Rights and Liberties Protection Department, and the NHRC, to file a complaint calling for an investigation into her brother’s disappearance.

A TLHR lawyer said that the family is filing a complaint with the Office of the Attorney General, calling for the authorities to launch an investigation in order to find and prosecute the three people who abducted Wanchalearm.

On the same day, the family also filed a petition with the Rights and Liberties Protection Department and the NHRC, calling for the Thai authorities to find out the following information:

Sitanun also told Matichon Online that the Cambodian police said they cannot investigate the case because Wanchalearm’s relatives has not filed a complaint about his disappearance. She said that the family is in the process of finding a local lawyer in Cambodia to represent them, but they are unable to find one due to the high cost and because some lawyers have withdrawn from the case as they did not want to take the risk.

Wanchalearm was abducted from in front of his condominium in Phnom Penh on 4 June 2020 by three unknown people. He has been missing for 20 days. The Protection of Thai Nationals Abroad Division, Department of Consular Affairs, has also informed Sitanun that the Cambodian authorities have no information on Wanchalearm’s disappearance other than what has been reported by the media and that the case is currently being investigated.