Villagers residing in various districts of Songkhla province under the name of Chana Rak Thin Network (Chana Love Homeland Network) submitted the letter to the Prime Minister through the provincial governor of Songkhla on Tuesday, 12 May 2020, demanding the authorities to halt a series of public hearings of a mega project that would turn over 16,000 rai of seaside land into an industrial zone. 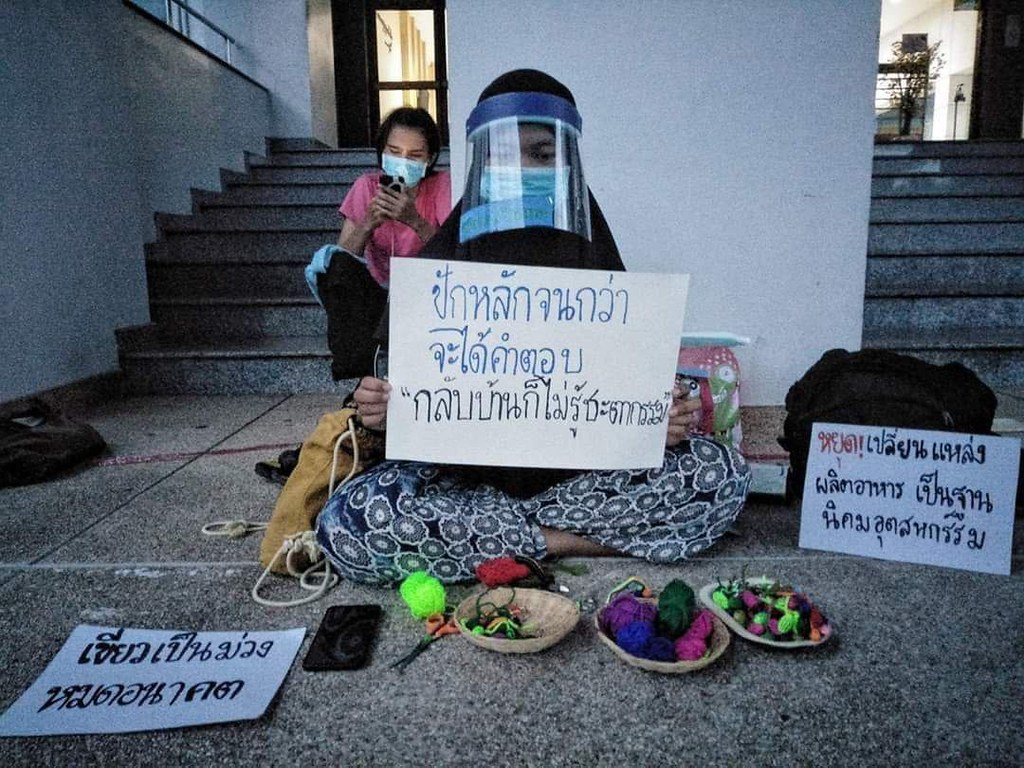 The public hearing, set to take place in 3 subdistricts of Chana district, Songkhla Province from 14-20 May 2020, is problematic for the locals to have a meaningful public participation as the country is currently under COVID19 pandemic with Emergency Decree restrictions in place, as well as it is during the fasting month  of Ramadan. Current circumstances prevent the people from being able to travel and participate in public activity, the Network said.

The project, of which the investment is estimated to worth 18,680 million baht, was conceived on 7 May 2019 through  a cabinet resolution. On 21 January 2020, the follow up cabinet resolution spelled out details of the project and that it would be implemented mainly by the Southern Border Provinces Administrative Centre (SPBAC) as part of peace and economic development in the southern border provinces. The mega project titled ‘Chana, the Industrial Model City of the Future’, would turn the seaside 16,753 rai of land into industrial zone built for light and heavy industry such as biomass power plants, petrochemical production, biochemical plants, as well as deep sea ports.

The official documents by the SPBAC assess that the project would result in large-scale industrial pollution in forms of chemical waste and toxic waste that would pollute air and water in the nearby area. It states that there would regulation of such pollution according to the law but does not mention other compensation or reparation measures to the affected communities.

The villagers, who are mostly fisherfolks and dependent on the sea for their livelihood, point out that since the project was pushed ahead in May 2019, the authorities failed to provide comprehensive information about  the impacts to the communities who would be directly affected. The past public forums organized by the SPBAC were only used to hear about the concerns of the villagers but the detailed information about the project was never given, according to the Network.

Kaireeyah Ramanyah, a young woman human rights defender and youth representative of the Network, has  sat in front of the provincial hall since the group submitted the letter on the morning of 12 May to the provincial governor. On the personal letter that she wrote to ‘grandpa Prayuth’ which is published publicly, she said that she would not leave until the written order stating that the public hearings be cancelled.

As “daughter of the sea”, she said that the livelihood of her family and communities are all derive from the sea. She grows up seeing the communities living and caring for the sea which sustained each other.

“The SBPAC is going ahead with the public hearing without informing the people. Those who live outside the 3 districts also could not participate but they are also affected. This is a project worth over 10,000 million baht yet we are not fully informed about it,” she wrote. “I asked grandpa Prayuth to rethink about the project especially when the processes are unfair.”

At night, close to 10pm of 12 May, the deputy provincial governor of Songkhla reportedly asked Kaireeyah to go home. She and some members of the network are still sitting at the provincial hall waiting for the answers.

In July and August last year, the Network has already submitted the letters to the Songkhla Provincial Governor demanding the government to provide the comprehensive information about the project and the impacts on the community as well as the plans to address to the concerns, yet the answers were not satisfactorily provided.

EnLaw Foundation, the environment lawyer’s human rights group, points out that the public hearing processes fail short of accommodating a truly meaningful public participation. The announcement regarding the public hearing was announced on 28 April 2020 and posted at various public offices including the Songkhla Provincial Hall, and 3 subdistrict offices, which are the area not frequented by the locals during the time of pandemic and Emergency Decree. The SPBAC website which posted 113-page information regarding the project is realistically also not a common way to reach out to the local people.

EnLaw also points out that the short window of the public hearing contradicts the government’s own measure under Emergency Decree and pandemic situation which enforces social distancing, banning of public gathering and public commute. It also violates the people’s rights to participate in maintaining and managing their natural resources sustainably, as stipulated in the 2017 Thailand’s Constitution Section 43 (2) and 57 (2). The hearing done in such manner also violates the rights and freedom to receive information, freedom of expression, and public assembly, the group stated in their legal opinion published on 12 May 2020. Latest news at the time of writing, indicates that the public hearing may be postponed.

Protection International, Thailand call for States to ensure that women/human rights defenders are able to operate in a safe and enabling environment, free from restrictions and attacks.

The government must not exploit the pandemic situation to increase the sufferings of the people by intimidations and/or prosecutions of human rights defenders and  must stop the mega development project that have enormous  impacts on the livelihood of the community .

The government should not use the draconian Emergency Decree to quash dissent, control the population, or as a means to perpetuate their time in power, which is also a recommendation by UNOHCHR to governments on 27 April 2020. UNOHCHR also emphasized that undermining freedom expression “may do incalculable damage to the effort to contain COVID-19 and its pernicious socio-economic side-effects.”

We demands that restrictions to deal with the Covid-19 pandemic be also enforced on all development -related activities. People’s rights and freedom must never be violated. The government must protect those who speak up about these contentious development projects that will impact communities, and ensure non-suppression of HRDs who play a very important role in continuing to care for their livelihood, communities, society, and the environment.