The government has enacted an Emergency Decree to transfer the 1st and 11th Infantry Regiments, the King’s Guard, to His Majesty’s personal control. The two regiments were previously in the military chain of command under the Royal Thai Army and the Ministry of Defence. 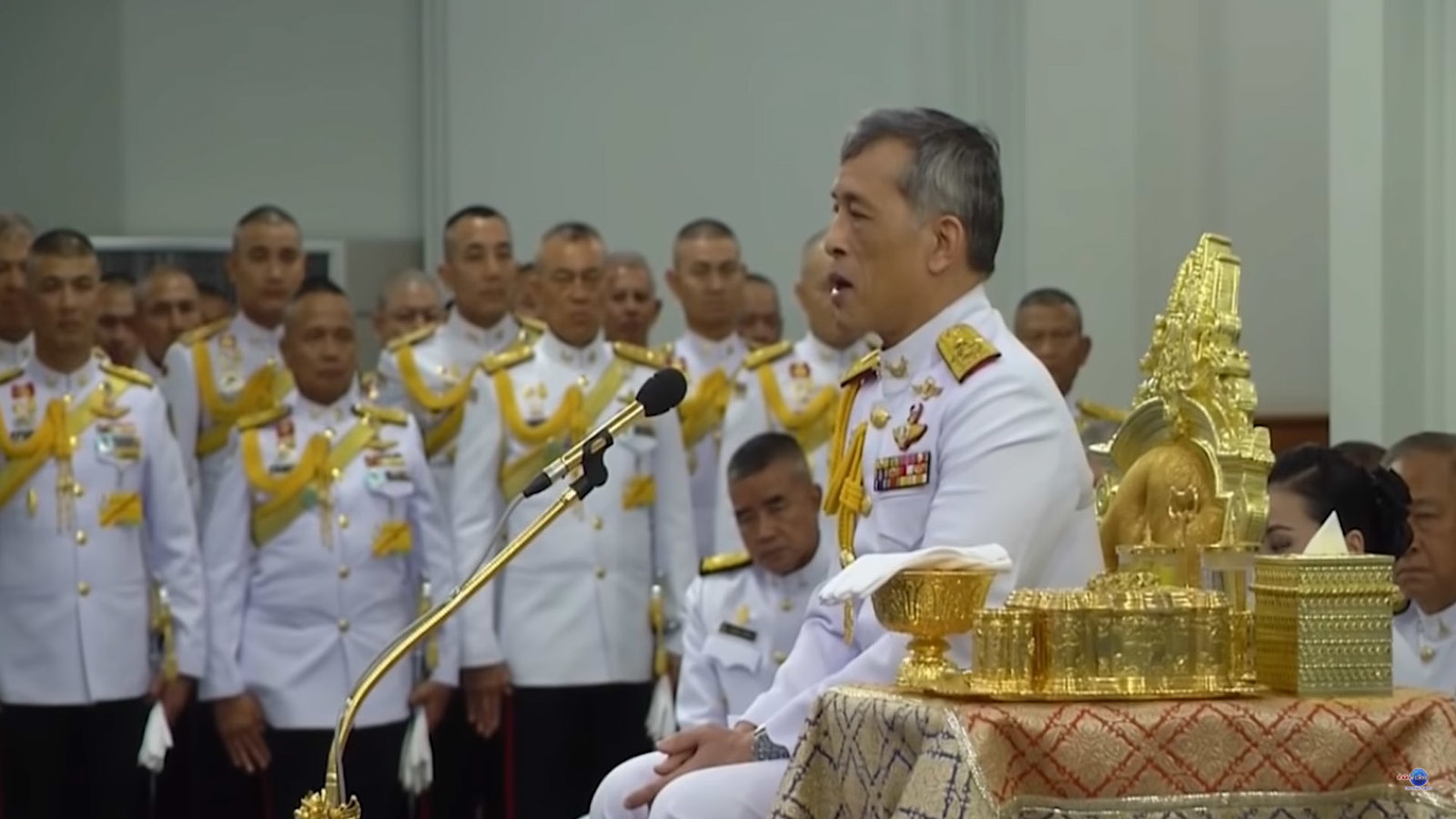 King Vajiralongkorn giving a speech to the military and police officials in April 2019.

The Emergency Decree follows the 2017 Royal Service Administration Act, meaning that the budget for both regiments will be under His Majesty’s personal control.  Under this law, such budgets are allocated from government revenue. This is the same law which saw the transfer of the Royal Household Bureau, the Office of the Privy Council and other agencies related to the monarchy.

The King's Guard regiments are military units with powerful armouries and are combat-ready. The 1st and 11th Infantry Regiments, the King’s Guard, are both located in Bangkok. A former military officer said the two regiments may have around 2,000-3,000 men combined.

A military presence in Bangkok is not only key for staging a coup. The 1st Infantry Regiment was also the venue for the political negotiations which established the Abhisit Vejjajiva government in 2008. The transfer of the 1st and 11th Infantry Regiments is part of an extensive round of military reform which began with the reign of King Vajiralongkorn.

However, it has become more influential in the army as the crucible of 'prototype soldiers'. In August 2019, the Royal Thai Army revealed that 100 prototype soldiers would be sent to train new soldiers nationwide. They were trained for 10 weeks by the King's Own Bodyguard under royal guidelines.

Around the same time, a document from the Office of His Majesty's Principal Private Secretary to the Royal Thai Army was leaked. The letter asked for details for the selection of soldiers to serve the King under the King’s Own Bodyguard. The Office confirmed the authenticity of the document but said the leak was illegal without explaining how. 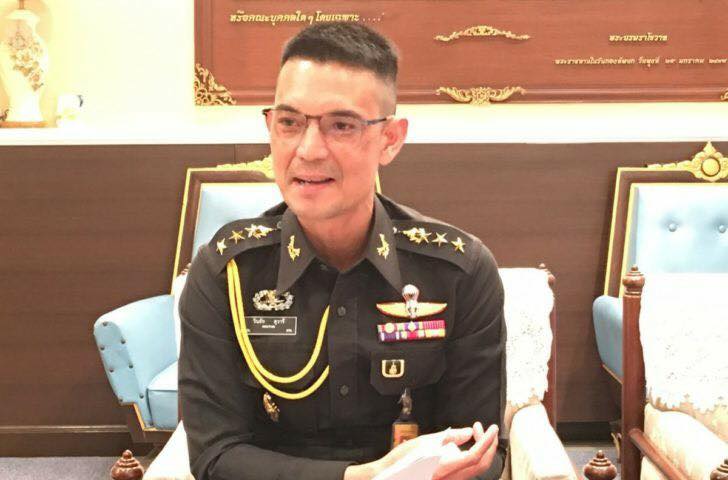 Col Winthai Suvaree, spokesperson for the National Council for Peace and Order (NCPO) with his head shaved at the back and sides according to royal guidelines.

A similar influence has been felt by the police. In 2017, an order was made for police and military officials to have their heads shaved at the back and sides and for a new method of saluting according to royal guidelines.

In around 2017-2018, a physical training textbook was uploaded onto many police websites. The textbook says the content was designed by the King’s Own Guard. The first part of the book contains the philosophy of King Vajiralongkorn.

A parallel movement can be seen in the civilian domain. In March 2019, King Vajiralongkorn presided over the opening of a training programme called '904 Volunteer Spirit.' 904 is the security code referring to King Vajiralongkorn. 901 refers to the late King Bhumibol, his father. 902 refers to Queen Sirikit, his mother. 903 refers to Princess Ubolratana, his older sister.

For 6 weeks, civilian participants will study the military and physical training, royalist propaganda, the volunteer spirit, the sufficiency economy, carpentry and other vocational skills.

Elephant in the room

According to the constitution, an Emergency Decree can be issued by the cabinet in response to four urgent concerns: national security, public safety, economic security, or disaster control. Gen Prayut Chan-o-cha claimed it was an urgent matter of national security when he transferred the two Infantry Regiments.

However, an urgent parliamentary session must be held to legislate the Emergency Decree into law. Approval requires a majority in the House, and the Senate is not involved. Without approval, the Emergency Decree will expire, but its enforcement until the point of expiry will not be reversed.

Even if Parliament passes it, one-fifth of the House or the Senate can still file a complaint with the Constitution Court to scrutinize the legality of an Emergency Decree before it becomes law. However, there is still no movement from any political parties with regard to this issue.

Discussion of the monarchy has been difficult in Thailand because of both legal and cultural restrictions. Even though the lèse majesté law has been enforced less frequently of late, other mechanisms are in place to limit freedom of speech, including the Computer Crime Act.