Home » Parliament votes no to forming an LGBT rights committee

Parliament votes no to forming an LGBT rights committee 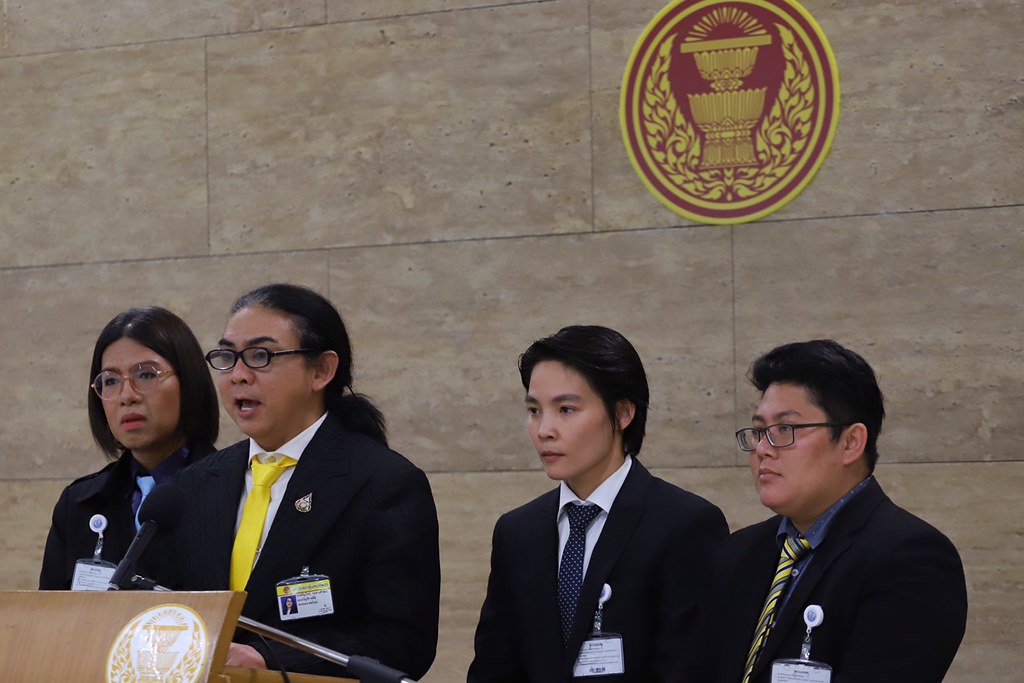 Last week, Future Forward Party MP Tanwarin Sukkhapisit proposed in parliament an amendment to the motion on the formation of a Standing Committee on children, young people, women, the elderly, persons with disabilities, ethnic groups, and LGBT people. Tanwarin argued that there needs to be a separate Standing Committee on LGBT rights, because there are systematic complications in the issues facing the LGBT community, and that these issues are different from those faced by other groups included in the Standing Committee’s mandate.

On 21 August, in support of the formation of a Standing Committee on LGBT rights, Tanwarin, along with three other FFP MPs, Tunyawaj Kamolwongwat, Kawinnath Takey and Nateepat Kulsetthasith gathered with a group of LGBT activists who came to parliament to show their support and their intention to push for the committee. At the gathering, Tanwarin called for other parties who advocayed policies on LGBT rights in their election campaign to stay true to their words and vote in favour of the committee.

However, parliament voted not to form a separate Standing Committee on LGBT rights. Palang Pracharat MP Thanikarn Pornpongsaroj, a member of the Select Committee on Drafting the Rules of Procedure of the House of Representatives, said that the parliament has already paid attention to LGBT issues by including the LGBT community into the Standing Committee on children, young people, women, the elderly, persons with disabilities, and ethnic groups.

Meanwhile, Democrat MP Akkaradej Wongpitakroj cited budget limitation as the reason they are unable to form a Standing Committee on LGBT rights. He also denied Tanwarin’s allegation that a member of the Select Committee said that one should pay attention to how to raise children to not be “sexually deviant” rather than to LGBT issues. However, he said that it could be a misunderstanding as a member of the Select Committee told Tanwarin that she should also pay attention to the issues of raising young people who are growing up in the society.

Chumaporn Taengkliang, member of the working group on marriage equality and deputy leader of the Commoners' Party, told Prachatai that the issues facing women, children, the elderly, ethnic groups, and LGBT people are different and have different causes. Because of this, the committee should separate all of these groups. Chumaporn also said that citing budget and personnel limitations reflect how each issue is not treated equally.

LGBT people have always faced discrimination in Thai society, which, as Tanwarin says in her speech to parliament last week, is not truly accepting of LGBT people. No gender recognition law currently exists, and the draft of the Civil Partnership Bill which will soon go to parliament has been criticised for not giving LGBT couples the same rights as heterosexual couples.

And so is the case in parliament. FFP MP Pannika Wanich said in her interview with Prachatai last month that, while women MPs are being teased and catcalled, LGBT MPs are facing an even greater degree of discrimination. Pannika said that some MPs have called Tanwarin “disgusting” for being a transwoman, and that her name is repeated when she is called to vote, as the person reading the list of names got confused as to why “Mr Tanwarin” is a woman. 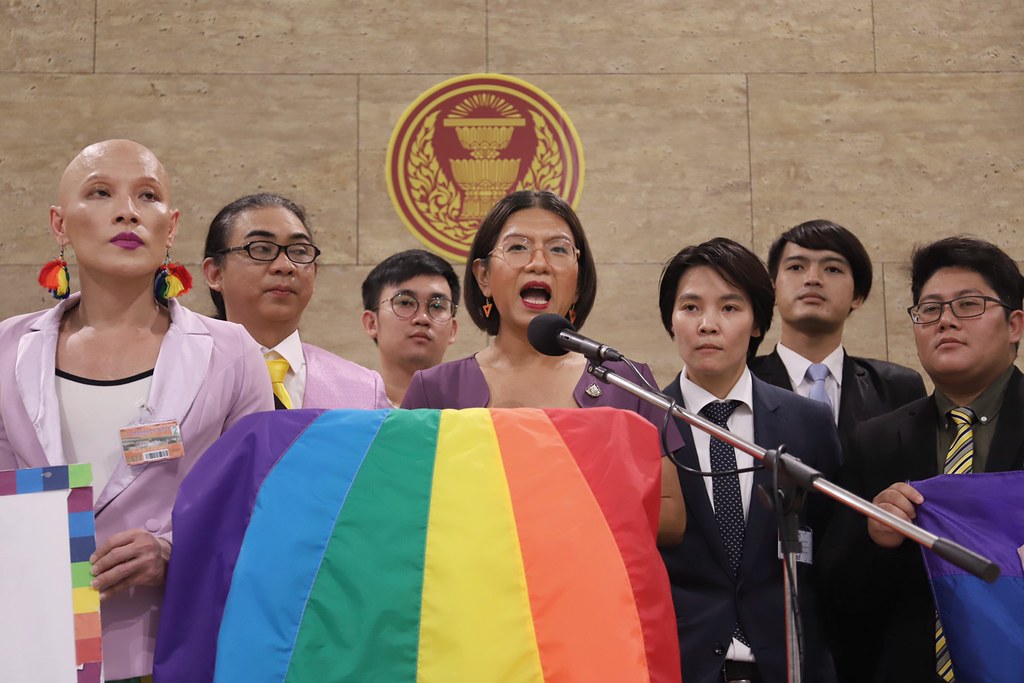 Nevertheless, 101 MPs did vote in favour, and Tunyawaj said she is happy that they also gained votes from several MPs from other parties. She also said that the struggle is not over. “Today, we may not get what we hoped for, but we are pleased with what we got, and it doesn’t mean that it will be over or that we won’t move forward,” she told Prachatai. As part of the Standing Committee on children, young people, women, the elderly, persons with disabilities, ethnic groups, and LGBT people, they will be able to set up a subcommittee and a working group on LGBT rights, and will be able to continue working on the issues facing the LGBT community.

Tunyawaj said that they are currently working on marriage equality legislation. She said that the FFP does not agree with the civil partnership bill, since it is based on the idea that the LGBT community is a separate group of people and therefore should have their own laws. However, the FFP believes in amending the civil and commercial code, since everyone is a part of the same society and should be able to use the same legislation. Tanyawaj said that as part of this amendment, they will propose changes to the terminology, so that “man and woman” become “person and person,” “husband” and “wife” both become “spouse,” and “father” and “mother” become “parent”.

Apart from marriage equality, Tunyawaj said that they will move forward with a proposal for a gender recognition law and will work on allowing title changes and on issues with the Gender Equality Act and the process of investigating discrimination cases.