With growing suspicion and anger over the Election Commission’s handling of the March poll, Thais have expressed their displeasure in a variety of ways: netizens have mocked and criticised the commission online, a demonstration against the agency at Victory Monument attracted around a hundred people, and student groups from twelve different universities have organised a petition calling for the commissioners to be impeached.

But the most creative protest so far was an unsanctioned public art exhibition by student activist Netiwit Chotiphatphaisal, who arranged dozens of pairs of shoes outside the Bangkok Art and Culture Centre, spelling out the Thai initials of the Election Commission. The young dissident side-stepped the question of why he chose shoes for his protest, telling local media that he preferred to let people think about that for themselves.

But the meaning is clear: according to Thai culture, the feet are the lowest and most unclean part of the body. Using shoes therefore breaks a social taboo and is deeply insulting to the Election Commission because it suggests they themselves are base or ‘dirty’. Netiwit’s protest was striking and original, but it was not the first time feet or shoes have been used as a tool for protest in Thailand.

After Yellow Shirt protestors popularised hand-clappers at their rallies, the Red Shirts responded with their own ‘foot-clappers’ - creatively subverting both the Yellow Shirt protests and Thai social norms at the same time. Red Shirt activists also made flip-flops with then-Prime Minister Abhisit Vejjajiva’s face on them. Not only is putting an image of someone’s face on a shoe offensive enough, but the soles of the wearer’s feet rubbing against Abhisit’s face would cause further humiliation. Thais consider the sole to be the most unclean and disrespectful part of the foot.

In neighbouring Myanmar, it wasn’t shoes but underwear that was weaponised for dissent. Following the crackdown on the Saffron Revolution in 2007, a group of Burmese and international activists based in Chiang Mai orchestrated a campaign called “Panty Power”, which called on allies to send female underwear to Burmese embassies around the world. In Myanmar, many men believe contact with female clothing will emasculate them. Sending panties was therefore a symbolic way of taking away the power of the generals who controlled the country at the time.

What these protests all have in common is that they tap into feelings of disgust for the human body - a concept French-Bulgarian philosopher Julia Kristeva calls ‘abjection’. For our psychological well-being, Kristeva argues, individuals and societies cast off that which is deemed unclean, or which reminds us of our own ‘corporal reality’. Things deemed ‘abject’ have the power to shock, disgust, horrify, thrill and even entertain — breaking taboos can be fun, after all. They evoke such strong feelings because they touch us at our most primal level.

In 2010, the Red Shirts staged a symbolic protest using gallons of blood donated by demonstrators, which was poured on the ground in front of parliament and at the gate of Abhisit’s home. The action was as controversial as it was visceral because it utilised something we, as humans, find naturally repulsive.

In recent years, women around the world have broken bodily taboos to protest unfair taxes on sanitary products. In Australia, self-proclaimed “Menstrual Avengers” — in full superhero costumes, no less — threw tampons at then-Prime Minister John Howard and his cabinet. And in Britain, two women wore white trousers while menstruating, staging what they called a “free bleeding” protest outside parliament.

The most extreme transgression of bodily taboos as a means of protest must be in Northern Ireland, where disputes between jailed Irish Republican Army paramilitaries and their prison guards deteriorated to the point where the prisoners refused to leave their cells, then smeared the walls with their own human waste. 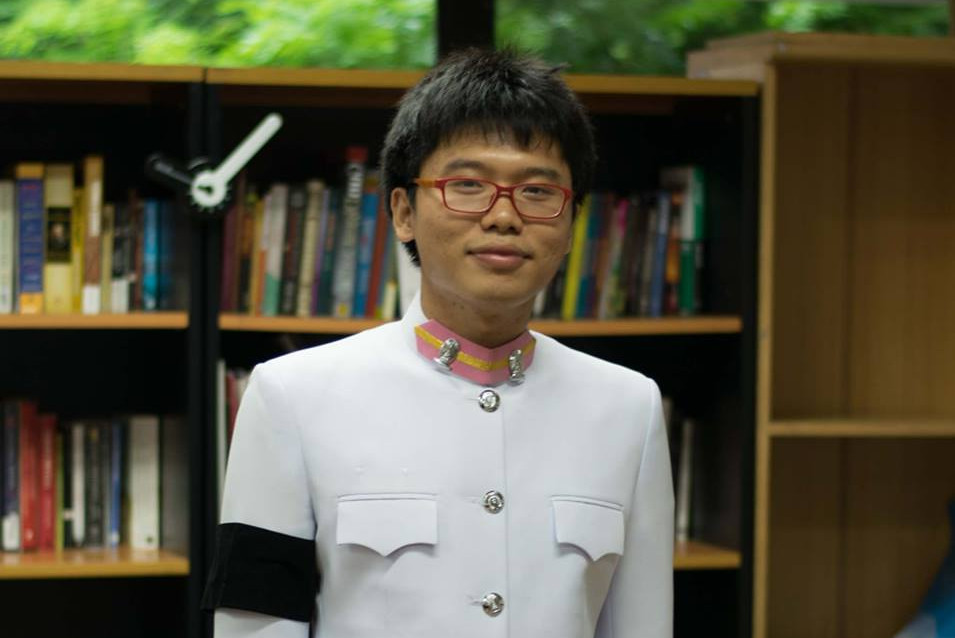 The concept of abjection begins with disgust of the body but extends to anything seen as threatening to the symbolic order of a society. Anything taboo or disruptive is firmly cast aside and when ‘violations’ occur, it causes anxiety and distress that can manifest itself in ugly ways. In Thailand, young students are just not meant to question teachers, generals or state officials - let alone spell out their name with ‘dirty’ shoes.

Netiwit called his shoe exhibition “sa-ha-baa-taa”, which is a humorous slang phrase describing a group of people stamping on someone as a form of punishment (literally “united feet”). Older, conservative Thais might find Netiwit’s transgressive activism repulsive but he and many others like him are even more repulsed by the corrupt system they see around them - and they are breaking taboos by finally putting their foot down.

James Buchanan is a PhD Candidate researching Thai politics at The Department of Asian and International Studies, City University of Hong Kong.