Submitted on Tue, 23 Jan 2018 - 06:55 PM
Kritsada Subpawanthanakun‎
“... some people had stones thrown at their head, a knife pointed at their throat or a knife aimed at their belly (these are experiences that I myself had directly). Some have had piss thrown at them, and have been kicked and slapped around. Some have been beaten up to within an inch of their lives just for other people's satisfaction. They have been kicked, beaten and stomped in the face, without being raped or having their possessions taken. That sounds like a joke but it is the reality for kathoei in our home in Cho-airong District.”
[Translators’ note: the Thai word kathoei is used with a number of different meanings, including gay men, transgender men and transvestites, making an accurate translation difficult]
This was in a message to Bussayamat Issadul. Youth in Yala refer to her as Mother Ann of Buntem Shelter. Ms. Issadul assists gender diverse people in the area when they encounter painful experiences in their lives because of their different gender. 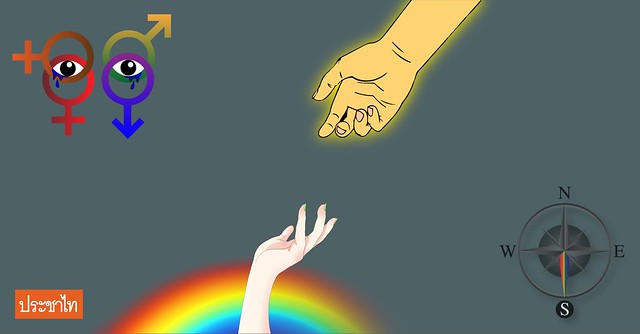