More than two dozen civil society groups have urged the Thai authorities not the pass a Mining Bill, saying that while reducing red tape for mining businesses, the bill will do more harm than good to society.

Khon Rak Baan Koed Group (KRBK), an anti-mine activist group comprising residents of six villages of Wang Saphung District of the northeastern province of Loei, the Assembly of NGOs for the Protection and Conservation of Environment and Natural Resources (ANPCENR) and 27 other civil society groups on Tuesday, 2 August 2016, submitted a joint petition to Surachai Liengboonlertchai, Deputy President of the National Legislative Assembly (NLA).

In the petition, the 29 civil society groups from across the nation urge the NLA to halt the process of rubber-stamping the Mining Bill and withdraw it entirely.

According to the group and communities which have been affected by mining activities, the Mining Bill ignores the well-being of the environment and local communities when compared to the 1967 Mining Act and the 1992 Enhancement and Conservation of National Environmental Quality Act.

The group points out that the bill will cut environmental regulations while shortening the process of granting concessions to mining companies at the cost of the environment and the well-being of communities.

The bill also removes the phrase “important forest watersheds” from Article 80 of the 1967 Mining Bill. This means that the mining businesses will not be prevented from using important forest lands for mining activities, the civil society groups stated.

The 29 civil society organisations further state that the bill lacks standardised regulations on the transportation of mined ores, which could cause serious harm to the environment.

The NLA Deputy Head accepted the petition from the group, saying that he will pass it on to the NLA subcommittee which is currently considering the bill, adding that the NLA will finish its review in September.

He said however that the NLA has no authority to withdraw the bill, but only to amend it, since the bill was proposed by the cabinet.

During the previous civilian administration, due to pressure from several environmental groups and community rights activist groups who strongly opposed proposals to amend the 1967 Mining Act, a Mining Bill was rejected by parliament.

In 2014, however, it was resurrected by the Department of Primary Industry and Mines (DPIM) and picked up by the junta’s National Council for Peace and Order (NCPO) while martial law can be used to silence opposition to the bill.

According to Lerdsak Kamkongsak, an environmental activist and researcher based in the northeast, several articles of the Mining Bill make it clear that the junta’s Cabinet is giving a green light to mining companies to raise the profit margins for shareholders as quickly and as high as possible regardless of the environmental and social costs. 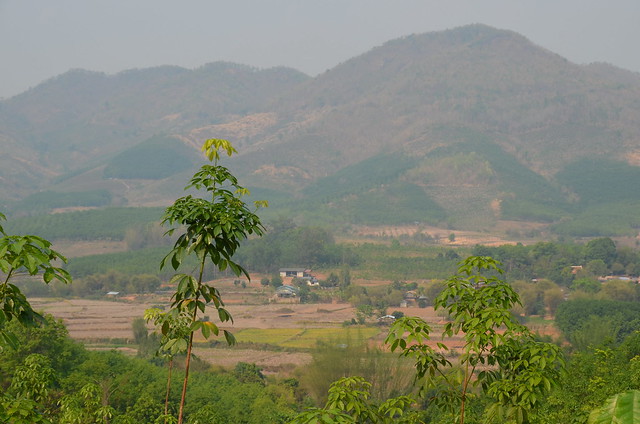 134,664.5 acre of the protected potential mining areas of Loei province, which the Ministry of Industry has the authority to give out concessions to mining operators 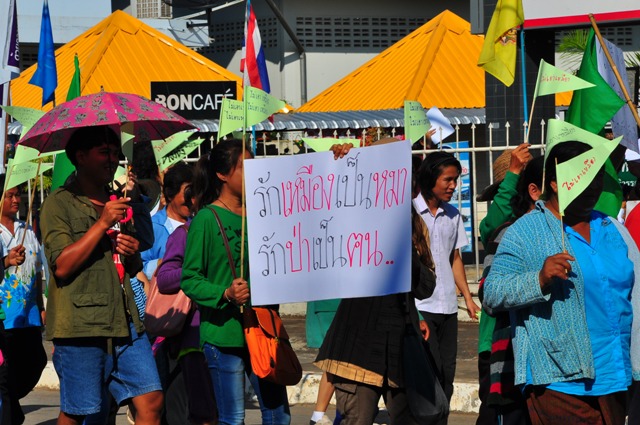 Wang Saphung villagers stage rally against the mine, the banner (center) reads “Loving the mine is a dog, loving the forest is a human”