Submitted on Mon, 4 Jan 2016 - 08:11 AM
Thaweeporn Kummetha
After being forced to shut down since the 2014 coup, along with many other community radio stations in the area, Media Selatan, a local Malay radio station in the Deep South, is coming back on air early this year. The director of Media Selatan states that shutting down local media is tantamount to closing channels for citizens to express their opinions about the ongoing peace process.
Peace talks between the Thai state and the Patani freedom fighters have been at a standstill for over four months. Meanwhile, locals are indifferent to the proceedings, which are closed and unofficial. The standstill seemed to have started when the freedom fighters’ party presented three demands to the Thai state.

The current dialogue between the junta and the freedom fighters is called Dialogue 2. The talks were initiated by the Thai military government and the Patani independence movement’s umbrella organization, called MARA Patani. The 2013 peace talks between the Yingluck Shinawatra administration and BRN led by Hassan Taib were called Dialogue 1. Dialogue 1 ended abruptly after BRN, the insurgent group with the most firepower in the area, presented five demands that the Thai government found difficult to fulfil. At the same time, the Yingluck administration was beset by anti-government protests, leading to the usurpation of power in the coup d’état.

MARA’s 3 proposals during Dialogue 2:
MARA includes delegates from organizations such as Barisan Revolusi Nasional (BRN), Patani Liberation Organization (PULO), Barisan Islam Perbersasan Patani (BIPP), and Gerekan Mujahidin Islam Patani (GMIP). The BRN representatives of MARA refused to answer press questions on whether BRN’s involvement in MARA was mandated or not. However, they did comment that they were the “real BRN.”
Prachatai talked to Waehama Waekuejik, director of Media Selatan, a local radio channel with a large following among grassroots villagers in the Deep South. Media Selatan has been following political and violent issues since its founding in 2008. They even had a prominent role during Dialogue 1. Waehama talks about the role of local media as broadcasters of citizens’ opinions to both parties at the peace talks, stimulating dialogue relevant to citizens’ needs. However, Media Selatan and other community radio stations in the Deep South have been forced to shut down since the junta came into power. These shutdowns have killed local interest in Dialogue 2, says Waehama.
Nevertheless, Media Selatan, which usually features call-in segments, is coming back on air in January 2016. 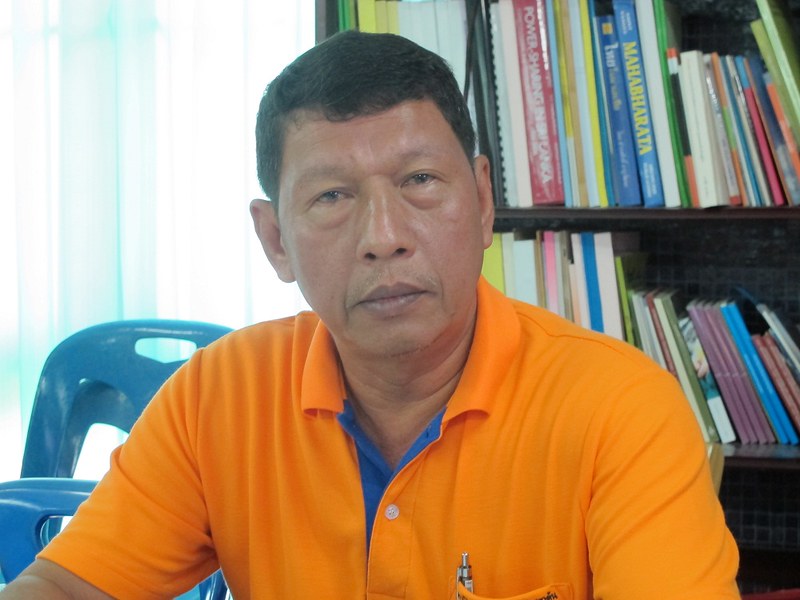