The Thai junta ordered removal of an aerial of a local anti-establishment red shirt radio station in Isan, Thailand's Northeast.

On Wednesday, 16 September 2015, Anon Sannan, General Secretary of the Assembly of the National Red Shirt Village for Democracy reported through his facebook account that at 12am the National Broadcasting and Telecommunication Commission (NBTC) ordered a removal of the aerial of a red shirt radio station in Nong Bua Sub-district, Muang District, of Udon Thani province.

Prior to the 2014 coup d’état, the station broadcasted red shirt radio programs through Voice People Radio FM 100.00 MHz and FM 100.75 MHz. It also broadcasted program live via online TV on www.viocepeopleradio.com. However, the radio station which was constructed in June 2012 was forced to cease operations after the coup.

Anon reported that the junta’s National Council for Peace and Order (NCPO) handed down the decision to the NBTC to have the aerial of the station taken down.

He added on 22 May 2014, the day of the coup d’état, the military officers came to the station and confiscated broadcasting equipments necessary for running the radio programs, which they have not returned up to now.

The military last year also brought Anon to the 24th Army Region base in the province for ‘attitude adjustment’.

The former red shirt radio host mentioned that he had no other choices, but to follow the NCPO’s orders. After the coup, Anon and his colleagues have been using the closed-down station to teach the villagers in the area to grow mushrooms to create jobs.

Fearing resistance and political dissents, the coup-maker right after the coup issued an order to have local radio stations affiliated with red shirt political camp to be closed down.

Many of the radio stations the restive Deep South of Thailand were also ordered to be closed down by the military.

Staffs of the red shirt radio station in Nong Bua Sub-district, Muang District, of Udon Thani province before the 2014 coup 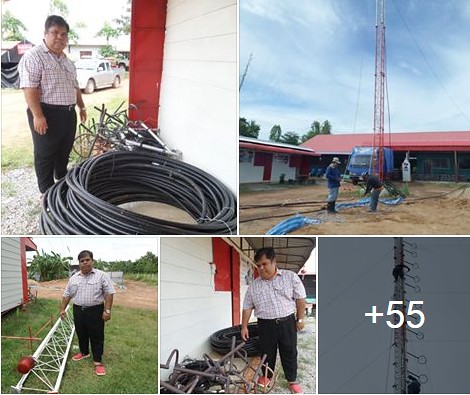 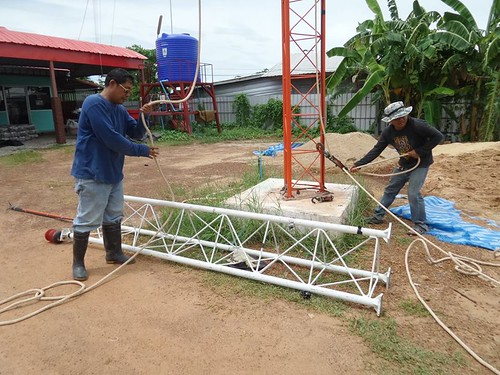