LGBT activists to push for title law and legal recognitions

Thailand might be viewed as one of the most open-minded countries in Southeast Asia when it comes to LGBT. However, the country’s laws still put LGBT people at the margin.

On 14 July 2015, a network of academics and LGBT activists from the Transgender Alliance-Thai (TGA) organised a public seminar at Thammasat University, Tha Prachan Campus, called ‘Gender Recognition Advocacy for Transgender in Thailand (T-GART)’ in order to gather opinions about ways to push for legal recognition of LGBT people in the country.

The group discussed the problems that LGBT people still face in Thai society, such as bullying in schools, discrimination in the workplace, and the country’s identification card system which still denotes transwomen as males.

At the event, Nathanan Thangklang, one of the speakers, a transwoman assistant teacher at a special education school in the central province of Chachoengsao, recounted her experiences when she first worked as a teacher in a public school.

She said that some of her co-workers discriminated against her because of her gender and that some of the parents of the students she taught expressed discomfort about her gender identification out of fear that her gender might convey the wrong message to young students. 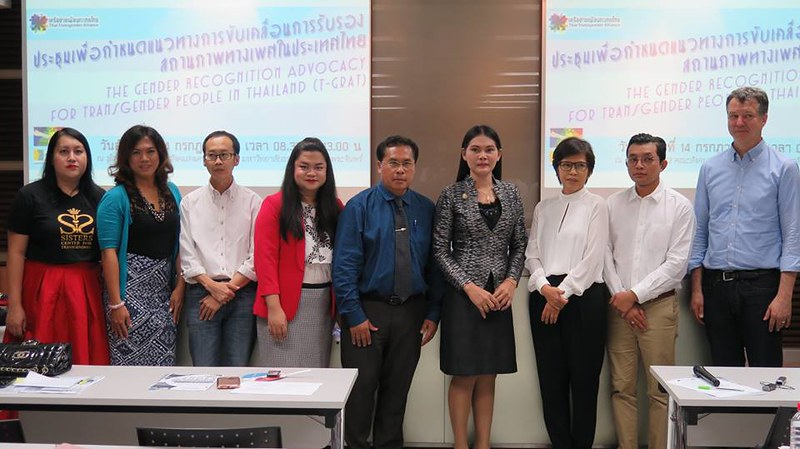 Somchai Preechasinlapakun, a well-known law scholar on LGBT issues, (third from the left) and other panellists. To his right, Kath Khangpiboon, an outspoken LGBT activist in Thailand.

Nathanan chose to quit her first job because of the pressure resulting from discrimination. Although she was lucky to find a teaching position in another public school, she said that transgenders and LGBT people, especially those working in public institutions, still experience a lot of hardship.

According to research by Ronnapoom Samakkeekarom, a lecturer in the Public Health Faculty of Thammasat University, many LGBT people still claim that the Thai legal system marginalises them, especially when it comes to access to public health services which they need and the right to marry.

The research pointed out that over 80 per cent of LGBT people who participated in the research wanted to have their gender identities legally recognised in order to have better access to public social insurance and health services.

“Intersex people are the most marginalised of the group,” Ronnapoom mentioned in the seminar.

The research findings show that all intersex people who were surveyed in the research experienced certain levels of discrimination when it comes to finding jobs.

Don Bunnag, the head of the Juvenile and Family Court of the northeastern province of Sakhon Nakhon, said that in Thailand, lawmakers do not have much understanding about LGBT people.

He suggested that under the current military regime, LGBT people should increase efforts to push for laws which will allow LGBT communities more rights of legal recognition and other civil rights, because laws can be passed quickly under the junta regime.

He added “as a first step, a law for recognition and rights of LGBT people does not have to be exactly the same as those in western countries, but one that Thai society can accept, which can be improved later.” 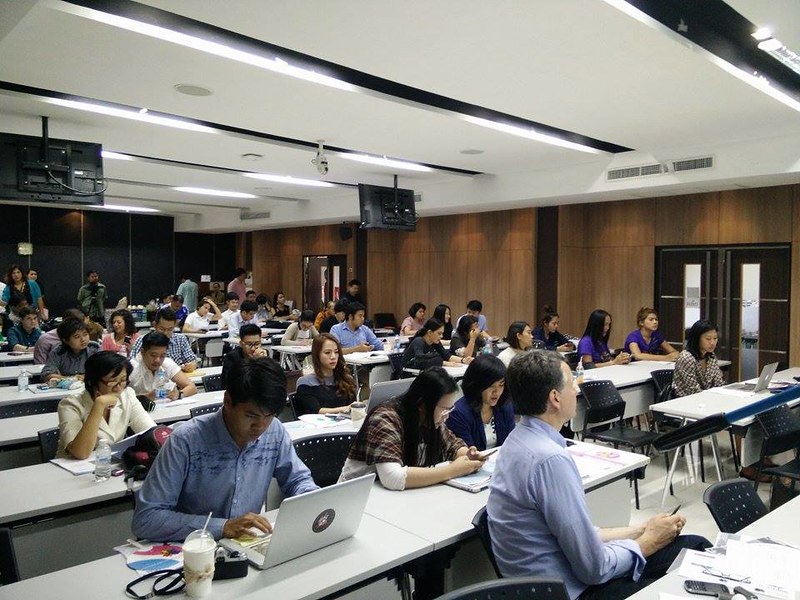 Another speaker, Somchai Preechasinlapakun, a lecturer of the Faculty of Law at Chiang Mai University in northern Thailand, proposed two models for a legal recognition law for LGBT, from Argentina and India.

Somchai said that in Argentina, which has one of the best legal frameworks when it comes to LGBT people, transwomen or transmen can change their title to Mr. or Ms. in accordance to their gender identification with very few conditions required.

In India, however, the Supreme Court of India recently ruled in June 2015 to demand that the government come up with a system to recognise the ‘third gender’ apart from male or female. This means that under this model transwomen or transmen would be classified as another sex or gender.

Somchai pointed out that in the Indian model, other mechanisms need to be implemented which will create more understanding and reinforce the law to recognise the ‘third gender’.

Moreover, policies on public services, such as healthcare, which would be provided to those classified as other genders should be thoroughly discussed by the government.

“Recently, the University of Delhi provided a box marked ‘other’, as well as male and female, for people to tick when they are completing documents,” Somchai related.

In Thailand, although a law on gender recognition was proposed many times in the past, previous governments always ignored it due to opposition in parliament.

Naiyana Supapung, one of the panellists, Director of the Teeranat Kanjanauksorn Foundation, an organisation which promotes LGBT rights, and a former member of the National Human Rights Commission (NHRC), mentioned that even in the NHRC, male personnel were reluctant to work on LGBT issues.

She said that while she was working for the NHRC, many NHRC staff sympathised with the marginalisation of the LGBT community, but many chose not to engage in the issue because of fear that they might be viewed as LGBT themselves.

She added that while she was trying to push for a gender recognition law for LGBT people in parliament, one of the lawmakers then was concerned that he would not be able to tell transwomen apart from straight women, if transwomen were to be titled as ‘Ms.’

The Venerable Shine Wara Dhammo, an undergraduate student monk at the International College of Mahachulalongkornrajavidyalay University, a Buddhist university in Bangkok, concluded that sex and gender have always been fluid and that LGBT people existed before nation states which came up with laws to restrict sex and gender to only male or female. Therefore, lawmakers and others should understand this very fact.

“It’s a fact that the existence of LGBT people predates the rise of nation states and laws which restrict gender and sex,” said the Venerable Shine.