Home » Military gets paranoid with campaigning t-shirts in Chiang Mai

Military gets paranoid with campaigning t-shirts in Chiang Mai

Submitted on Thu, 13 Nov 2014 - 04:34 PM
Under the Thai military dictatorship, Thais are not only deprived of their freedom of expression and assembly but also the right to wear their favourite t-shirts. The Chiang Mai military has been especially paranoid and sensitive about t-shirts. In the latest incident, the Chiang Mai military attempted to force northern land rights activists not to wear the group’s campaign t-shirts when meeting a minister.
In June, military officers forced a squid vendor to take off his red t-shirt and later in July came to the shop again and removed a Pheu Thai Party sticker.
On Wednesday, the military attempted to force northern land rights activists not to wear the group’s t-shirts after the military stopped the attempted rally, organized by Northern Peasants Federation, and briefly detained some of the activists and a political scientist from Chulalongkorn University.
The military also tried to prevent some villagers from participating in the meeting.
According to the Northern Development Foundation (NDF), 11 military officers came to the NDF office in the northern province of Chiang Mai on Wednesday afternoon and asked the group leaders not to wear the group t-shirt with the message, “First step towards land reform in Thailand” to the meeting with Panadda Diskul, the Minister of the Prime Minister’s Officer, on Thursday to discuss about land rights and land reform. 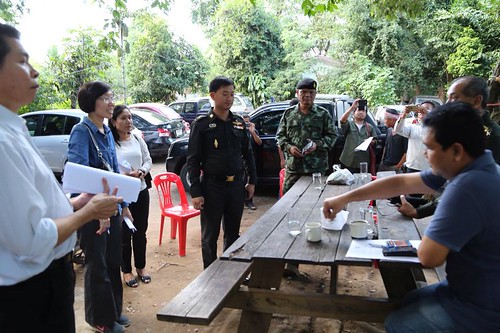 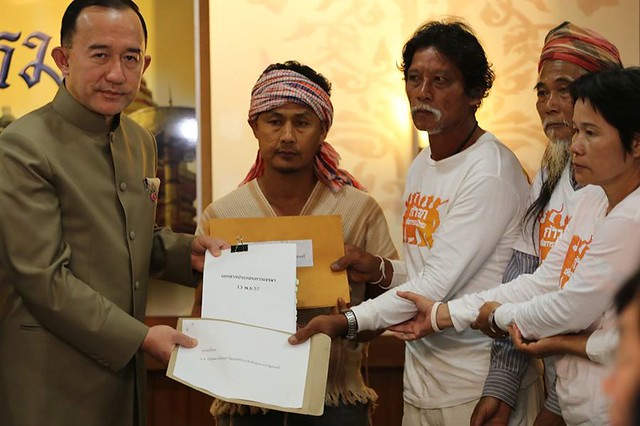 Panadda Diskul, the Minister of Prime Minister’s Officer listens to the demands of the Northern Peasants Federation. Photo courtesy of Rungroj Petcharaburanin
Several military officers were deployed around the Provincial Hall to maintain law and order.
Since June, many communities nationwide whose lands overlapped with protected areas have been affected by the junta’s Order No. 64/2014, which set out to reclaim protected areas and restore the forest. The policy was aimed to reclaim protected land back from investors; however in practice, poor landless families are most affected by the policy. 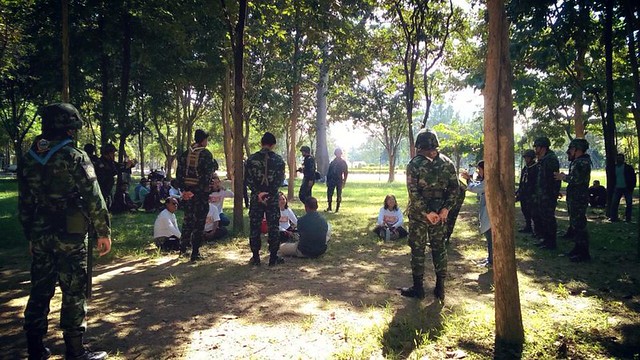