Journalists and students have submitted a letter to lawmakers to express their concern about a draft law on media ethics. They are calling for thorough public participation in the drafting process. 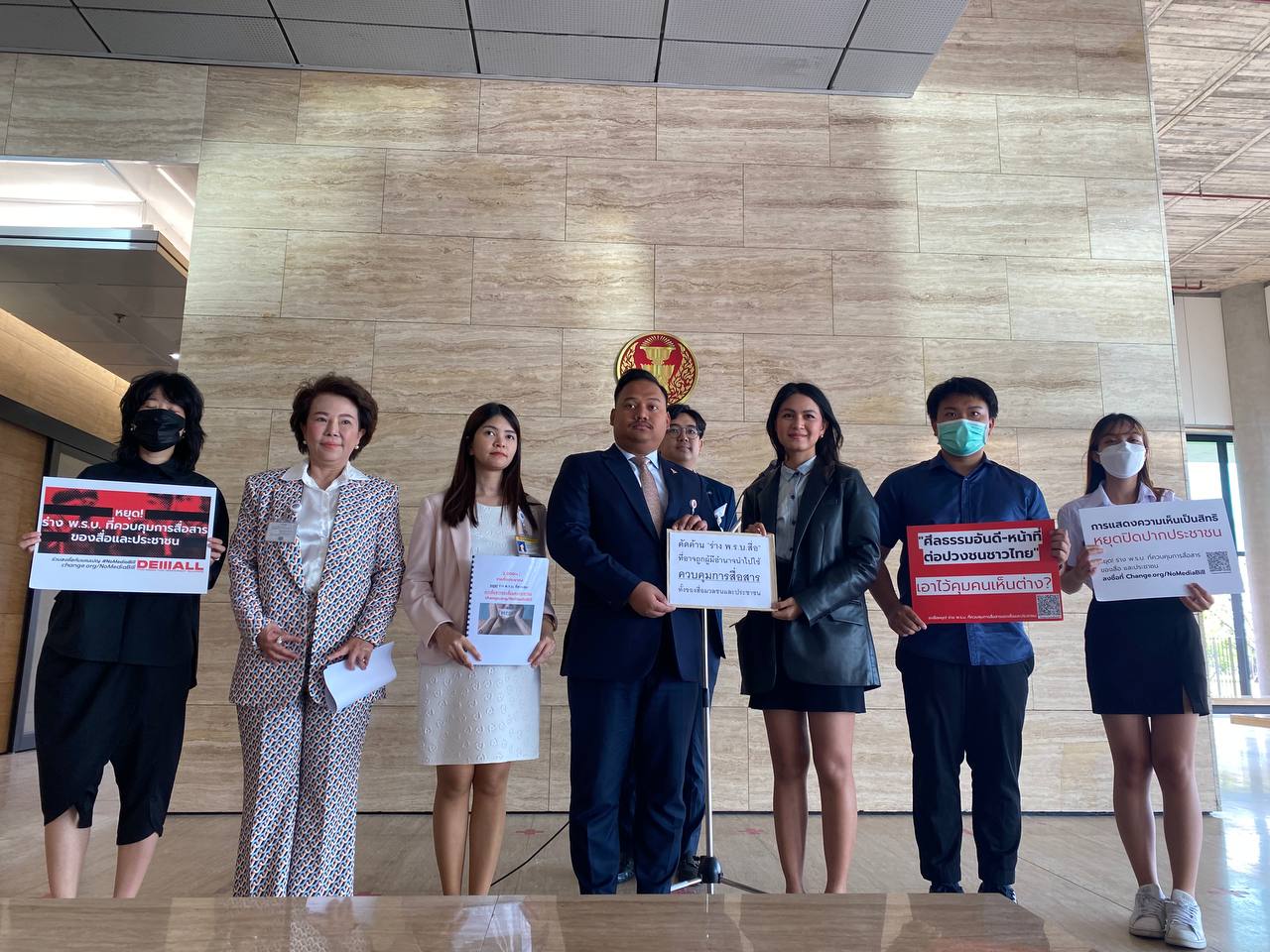 The letter was submitted to the Parliamentary Committee on Political Development, Mass Communications, and Public Participation on 24 January.

Wasinee Pabuprapap, from DemAll said that many academics, media professionals and members of the public are concerned about the draft bill and its implications for media work and content creation.

She added that the draft, which was originally initiated by the Public Relations Department, was seemingly written without regard to the changed media landscape, and expressed concern that the presence of state-appointed officials on an ethics board would result in conflicts of interest.

Apisit Chavanon, a member of the Media Student Alliance, believes that the bill will make it difficult for members of the media to perform their duties and argues that parliamentary discussions should be delayed until after thorough public hearings.

Nattacha said that the matter would be added to the Committee’s meeting agenda and promised that it would issue an opinion to the public via a press briefing within the space of a week.

At present, Thailand has no comprehensive law that directly addresses the work of the media as a whole. Section 35 of the 2020 Constitution provides that the media shall enjoy rights and freedoms in presenting news and expressing opinions in accordance with professional ethics.’ Specific guidelines and prohibitions are stipulated elsewhere in a number of other laws. The same arrangements prevailed under the 1997 and 2007 constitutions.

Media professionals have long preferred self-regulation, believing that media agencies should be allowed to monitor and regulate unethical coverage without intervention from the state.

Suspicions about the bill's real intent

On January 11, the Cabinet approved the draft Act on Media Ethics and Professional Standards, placing it in a queue for parliamentary debate and approval. The bill is one of the reform-related laws that will be discussed by the House of Representatives and the Senate. There is a long list of items pending discussion.

The law aims to create a state-funded Media Council that will oversee the ethical compliance of media professionals or organisations that group themselves into ‘professional organisations’ and apply for Council membership. Media agencies recognised by the Council will have access to privileges that the Council may provide, such as training or national or international representation.

Although it is still not clear what ethical standards will be stipulated, the Council can punish violations by 1) warnings, 2) probation and 3) public reprimand. Many in media circles have raised concerns that it may become another tool for censorship, and that the state funding would stir up a conflict of interest.