A recent letter from the Royal Thai Police to the Ministry of Justice indicates that the police now want to delay implementation of the newly-touted points system for improving driver behaviour. 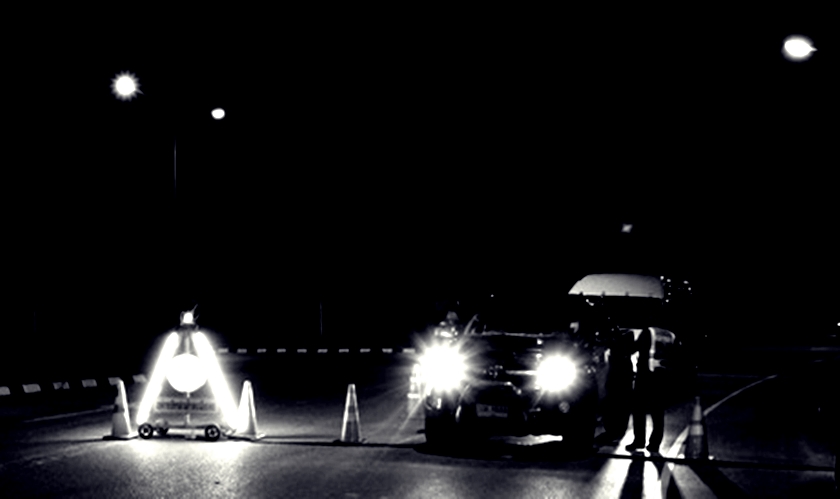 The change of heart is something of a surprise in light of the fanfare given to the scheme’s launch a few days ago by Police Commissioner Pol Gen Damrongsak Kittiprapas whose brainchild this is.

Thailand’s roads are notoriously dangerous in comparison with other nations and any measure that will improve traffic safety is welcome.  However, the points-deduction scheme may not meet the purpose.

When police spokesperson Pol Maj Gen Atchayon Kraithong announced the first day’s results he was pleased that 540 drivers had lost points. But the majority of these cases, 296, were for the administrative offences of failing to display road tax stickers or licence plates. These are violations of the traffic laws but are not known to be a major cause of death or injury on the streets.

Observers speculated that regulatory failings like road tax certificates and licence plates dominated the statistics because such violations are relatively easy for the police to catch.  Exercising expert observation skills, a police officer can spot that a parked vehicle has no tax certificate; he then ‘stakes out’ the vehicle, waiting patiently, sometimes for days, until the driver returns and he can make an arrest.

This is much easier than for example, a case of speeding, which involves chasing after the perpetrator.  ‘Just think about it,’ said one traffic cop. ‘If he’s speeding, he’s already going faster than we are allowed to go.  How are we expected to catch him?’

A copy of the letter was obtained by the legal watchdog NGO iLaw, although Prachatai has been unable to independently verify it. In it the Police Commissioner asks the Ministry to delay implementation of the scheme until certain problems could be ironed out.

One of the problems is that these administrative offences are technically committed by the vehicle owner rather than the driver and the police have become aware that some vehicles are owned by juristic persons, like companies, rather than real people.  Juristic persons, it turns out, have no driving licences from which they can lose points.

The police have also discovered that a number of vehicles are owned by wealthy individuals who employ drivers, while they themselves do not drive and consequently have no licence.  Some unfortunate scenes occurred when overzealous police officers tried to take into custody the well-off and well-connected vehicle owners, who quickly pointed out that people of their social standing normally are normally immune from traffic prosecutions up to and including causing death by driving under the influence.

The letter goes on to stress the need for more training for police personnel.  It quotes the result of a survey of police officers nationwide that found that many were unable to count reliably as far as 12 (the number of points that a driver gets automatically every year is 12) and that courses in remedial arithmetic would be needed before the scheme could be rolled out effectively.

Critics point out that the police department has been the beneficiary of numerous training programmes in sums funded by foreign governments and that it was not unreasonable to expect all officers to be able to count to 12.

In response, a police spokesperson, who spoke on condition of anonymity, said that plans were underway to reduce the number of points per licence to 10, i.e. equal to the number of digits on 2 hands.  This, it was thought, would remove some of the difficulty.

The police letter also points to budgetary problems.  Traffic police will need to have pencils and notepads to keep track of who’s lost how many points.  The cost of these, running into billions of baht, has not been included in police budgets to date.  The earliest that the police think they can submit and obtain a proper budget will be 2028.

The police letter also refers to technical aspects of the points system.  While drivers will get a fresh 12 points each year, the penalty for a hit-and-run is only 3 points.  This means that a driver has to injure or kill at least 4 people before the system imposes any penalty.  While some consumer groups complain that this is far too lenient, the Police Society of Unlicenced Souped-up Yamaha Racers believes that on the contrary, it is a violation of their right to drive without a licence, number plate or insurance, in excess of the speed limit and through pedestrian crossings being used by ophthalmologists.

It is not yet clear which position the Royal Thai Police is supporting on this issue.