A network of women human rights defenders has called for a more inclusive constitution and proposed amendments to the constitution which included the protection of women’s rights, decentralization, and state welfare. 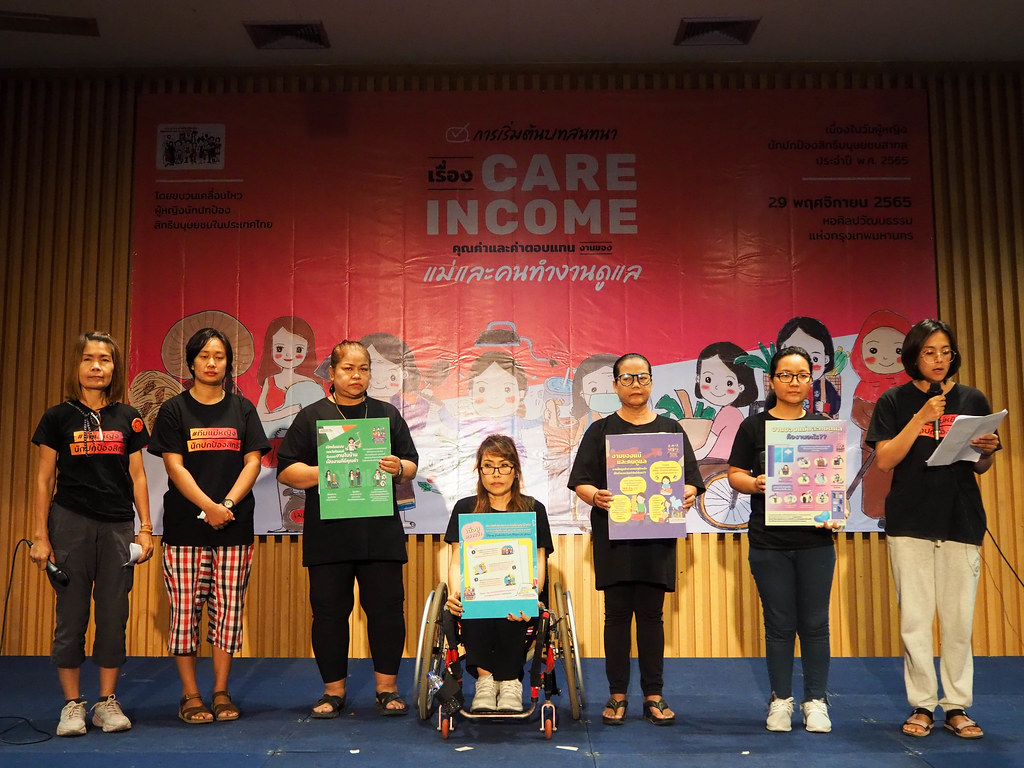 Representatives of the Collective announcing their demands for constitutional reform

During the event, the Collective, made up of women activists from community right groups, LGBTQ rights groups, women from the Deep South, and sex worker rights activists, announced 6 demands for constitutional reform:

1. The new constitution must genuinely respect, protect and promote human rights of all of women in Thailand without exception.

2. The new constitution must recognize the caring work done in the home and on the land as socially and economically valuable work. Caring work performed by mothers, and other primary family carers must be properly remunerated by the State who will also be obliged to ensure all women have access to welfare benefits

3. The new constitution must be geared toward decentralization and promote local administration with women being part of the decision making with genuine participation at all levels.

4. The new Constitution must promote universal access to education for all in Thailand, including all women and those with special needs. The State must promote and support a system of alternative education that allows learners to determine their purposes and to chart the course of their lives freely.

5. The new constitution must decrease the power of the military and reduce the defense budget, which instead can be allocated to pay “caring wages” and ensure Welfare Benefits for all women and other people in Thailand.

6. The new Constitution must ensure access to universal welfare for all women. For example: women should own 50% of total landholdings; women must account for at least 50% of the members of committees responsible for state welfare at all levels; women must have universal access to comprehensive and non-discriminatory health services and must have access to safe refuge. Women workers, whether in the formal or informal sector, must be paid fair and equal wages. Women must have the right to safely and legally terminate their pregnancies. If they do not want to terminate their pregnancies, the State must ensure extra welfare support for single mothers. The state must ensure access to state welfare for all women by providing comprehensive interpretation and translation in all government services 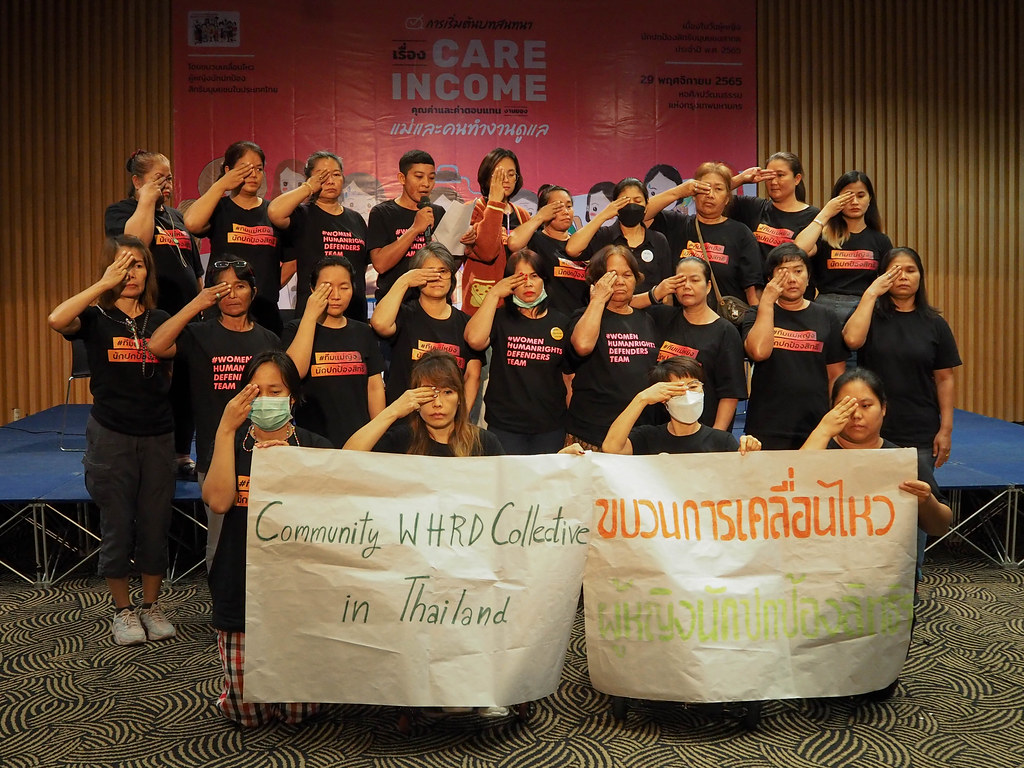 Members of the Collective covering their right eyes with three fingers while a representative read out their statement to show support for Payu Boonsophon, an activist who lost an eye after being shot with a rubber bullet.

Group representatives also read out a statement calling on the government to provide welfare for mothers and domestic caregivers, saying that care work, which is often done by the women in a family, is often unpaid and unrecognized. They demand that the government provide an income for mothers and caregivers “for the security and quality of life of all people in society,” which may be paid in cash or other forms of welfare, such as housing or land.

The group also condemned the police’s violent dispersal of the anti-government protest on 18 November as unlawful and an abuse of power that has its root in the military government that grants impunity to state officials, noting that women are often the ones caring for those injured or imprisoned for dissent, pursuing the truth for the disappeared, and seeking justice for those killed.

They called on the authorities to issue a public apology for the 18 November crackdown and compensate those injured by police action, including Payu Boonsophon, an activist who lost an eye after being shot with a rubber bullet.