After it was reported last week that the Myanmar military government had sentenced to death 7 students from Dagon University in Yangon who participated in anti-junta protests, students in Chiang Mai went to the US Consulate and the Myanmar Consulate to file petitions protesting the death sentences. 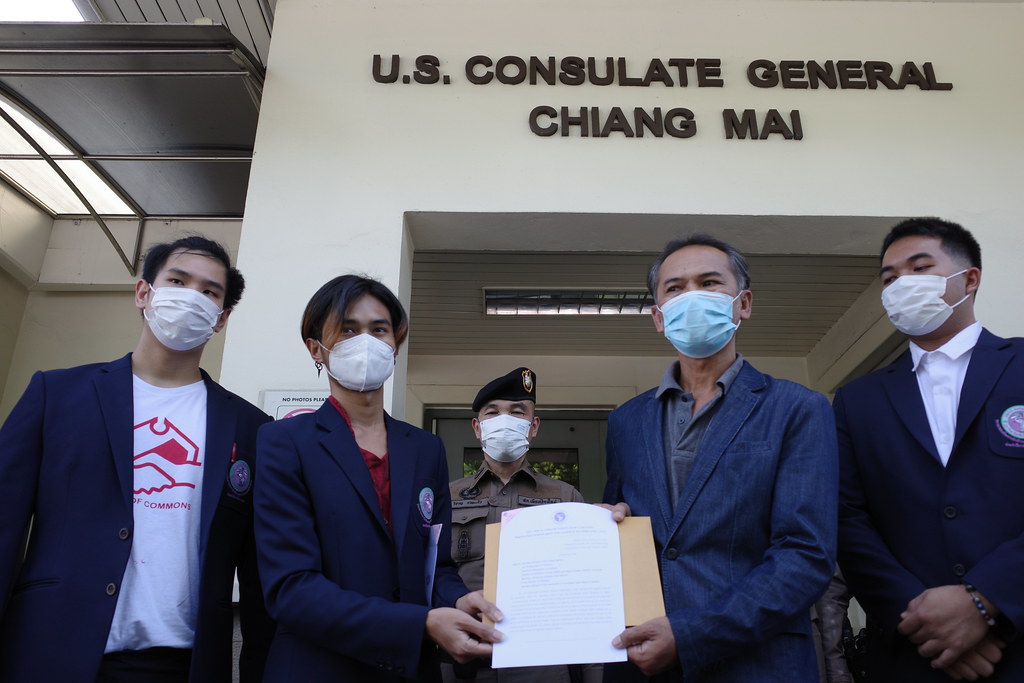 On 1 December, The Irrawaddy reported that on 30 November, the students were sentenced to death in closed trials by a military tribunal, having been arrested in April 2022, allegedly for being involved in the shooting of Saw Moe Win, a Global Treasure Bank branch manager and former military officer.

Members of the Chiang Mai University Student Organization went to the US Consulate in Chiang Mai on Tuesday (6 December) to file a petition protesting the sentencing. The statement calls the Myanmar junta’s action an abuse of power and said that it “serves as a warning to the conscience of all humans that it is time that we rise to stand by those opposed by the state to protect their free will.” It also condemns the death penalty as destroying human value and violating human dignity, and calls for the abolition of capital punishment.

The students issued 6 demands to the international community:

1. Collectively put pressure on the sentencing by the courts under the Myanmar military junta to prevent the execution of the seven students and other people in Myanmar who have been sentenced to death in other politically motivated cases.

3. Restore transparency in the judiciary system; trials must not be conducted in prisons or military barracks.

5. Ensure all humanitarian assistance is delivered to the people of Myanmar directly, not via the Myanmar military junta

6. Eradicate the use of the death penalty in modern states since the form of punishment is heinous and obliterates ‘human rights.’

They called on the Thai government to make clear its stance regarding Myanmar’s military government by reviewing its international policy towards the junta to pressure them to stop the crackdown on anti-regime protesters and to sever its relations with any despotic regime to show that Thailand is a democratic state.

They also called on the rest of ASEAN to pressure the Myanmar junta to return power and freedom to the people, and retore democracy to ensure freedom and human dignity for Myanmar’s citizens. 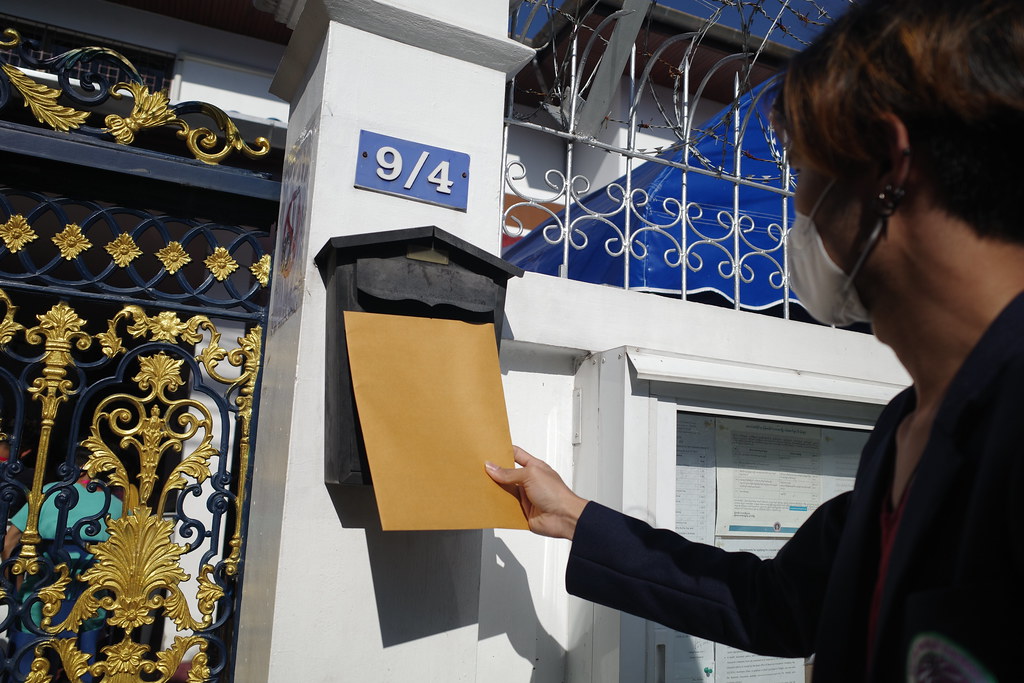 After visiting the US Consulate, the students initially planned to file their letter with the Myanmar Consulate in Chiang Mai. However, a consulate official told them that they should have made an appointment, and that the Consulate was not comfortable with them just showing up with reporters and so would not send anyone to receive the letter. Around 15 police officers also came to the Consulate soon after the students arrived.

A representative of the students then read out the statement in Burmese, before putting the letter into the mailbox at the Consulate gate. 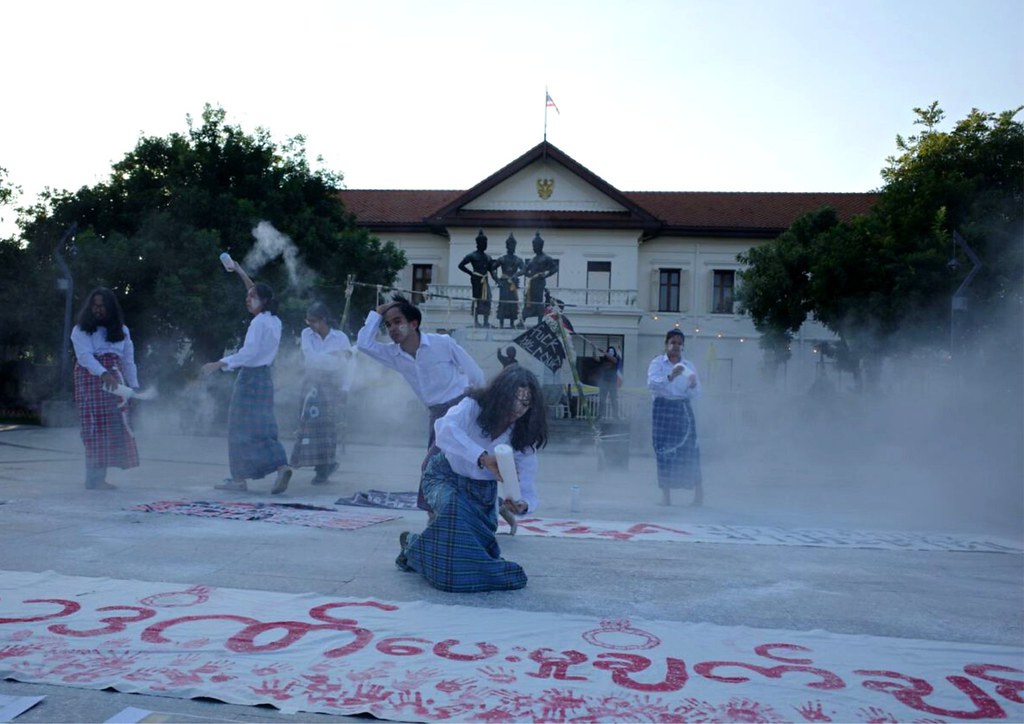 A performance during the protest at the Three Kings Monument

A group of activists and the Myanmar community in Chiang Mai also gathered at the Three Kings Monument in the evening for a protest. The event included performances by artists in Chiang Mai and poetry readings. The protesters then read out a statement saying that the 7 students were sentenced in a process which is not in line with international human rights principles, noting that the Myanmar junta has already executed 4 other activists. They also condemned the Myanmar junta’s decision to sentence the 7 students to death as destructive to the Myanmar people’s future.