Representatives of 6 professional media organizations met with the National Human Rights Commission (NHRC) on Thursday (1 December) to file a petition calling for an investigation into the crackdown on the 18 November anti-government protest, in which several members of the press were injured. 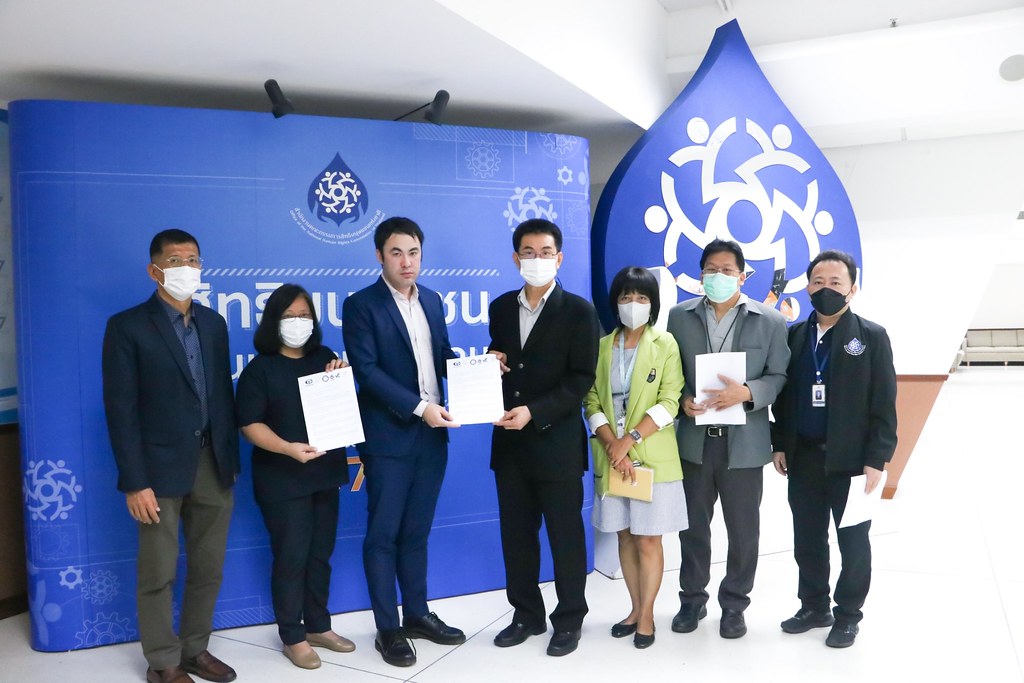 On 18 November, crowd control police forcibly dispersed anti-government protesters gathering on Dinso Road for a march to the Queen Sirikit National Convention Centre, leaving many protesters injured, including Payu Boonsophon, an activist from the Dao Din group, who was shot in his right eye with a rubber bullet. 25 people were arrested.

At least 4 members of the press were also injured. Several were hit by crowd control police shields and batons, one was assaulted a group of crowd control officers while livestreaming the protest, and a photographer was hit in the head with a fragment of a glass bottle thrown from behind the police lines. A citizen journalist was also assaulted and arrested. 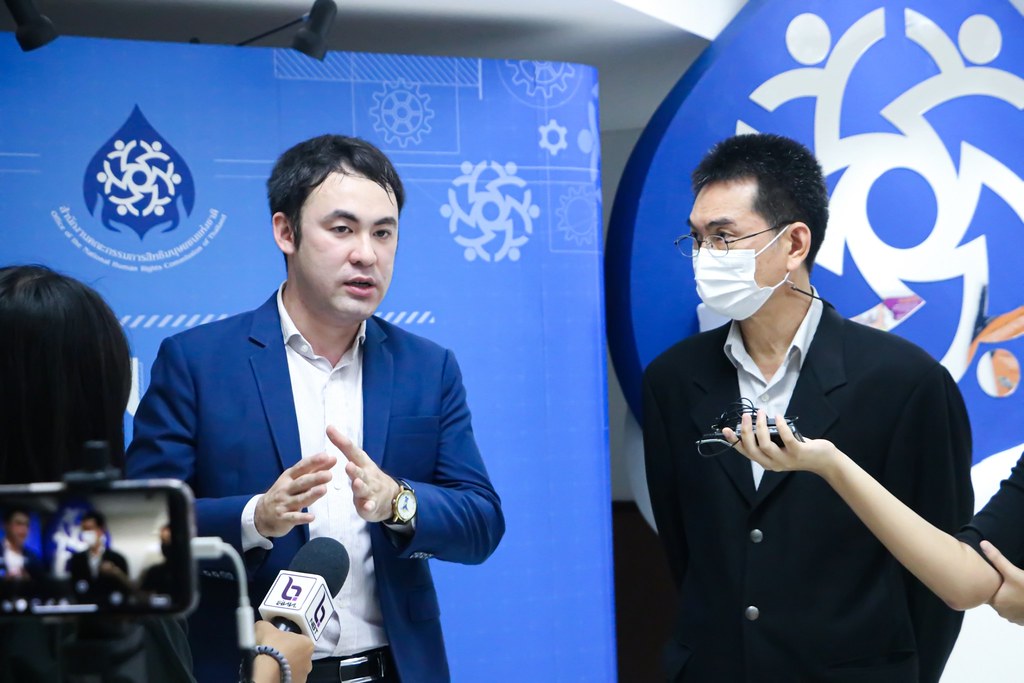 Teeranai Charuvastra, TJA Vice President for Media Rights, Liberties and Reform, said that the organizations wanted the NHRC to investigate whether the police operation was in accordance with international principles and how the injured will be compensated, since there is clear evidence that at least 4 reporters were injured by police action and no one else was present among the police. He also said that they are in the process of contacting the police so that they can file a petition with the police chief calling for an internal investigation.

Meanwhile, Wasan said that press freedom is a responsibility of the NHRC, and that they will consider investigating the entire crackdown. He said that the NHRC will summon all parties for an inquiry. It will then investigate whether any right violations occurred and issue proposals on how to prevent future incidents.

The online news agency The Matter, whose reporter was assaulted by crowd control police officers while livestreaming the protest, has also filed a court challenge against the police, asking the court to summon police commanders to testify on the crackdown and to rule whether the police failed to obey an injunction issued in August 2021 ordering the police to exercise caution and refrain from committing violence against the media during its crowd control operations.

The Civil Court on 24 November agreed to summon police representatives to testify over the use of violence to disperse protesters. The hearing will take place on 17 January.