The Labour Court in Phuket has ordered a construction company to pay 6 migrant workers their outstanding wages after the workers filed a complaint that their employer hired them to work at a construction site but did not pay them. 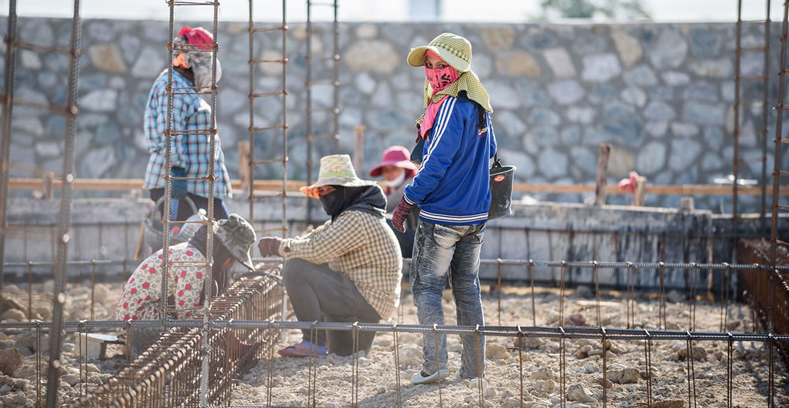 The Human Rights and Development Foundation (HRDF) said that the 6 workers from Myanmar were hired to work at a municipal school construction site in Phang Nga in January – March 2022. However, their employer did not pay them.

The workers and representatives from the Foundation for Education and Development met the employer to discuss the payment. HRDF said that the employer agreed to pay the workers their outstanding wage in four instalments, but later failed to do so.

The hearing was previously scheduled on 28 October 2022, but the employer did not turn up to court. The Court in an ex parte hearing ordered the employer to pay the workers the full amount of their outstanding wage plus a late interest rate of 15% per year until the debt is settled.

According to HRDF lawyer Kritsada Sunyadee, when migrant workers are hired as subcontract workers in a public building construction project which has to undergo a bidding process as required by the 2017 Public Procurement and Supplies Administration Act, the project is also required to ensure that it generates optimal benefit to the state. It must also make the most value for money, and be transparent, efficient, effective, and accountable.

Nevertheless, Kritsada said that the law still lacks a requirement of human rights due diligence in a public project. He noted that there have been previous cases of labour right violations against migrant workers employed in public construction projects, and instances where workers have been injured while at work in these projects but are denied access to compensation.

He called on the government to amend the law so that public agencies are required to conduct human rights due diligence on any private organizations and state enterprises that may benefit from the procurement process of the state.