For a few tense hours last week, Thai Senator Upakit Pachariyangkun was wanted for arrest in connection with an alleged drug trafficking and money laundering ring operating out of a casino in the Golden Triangle. 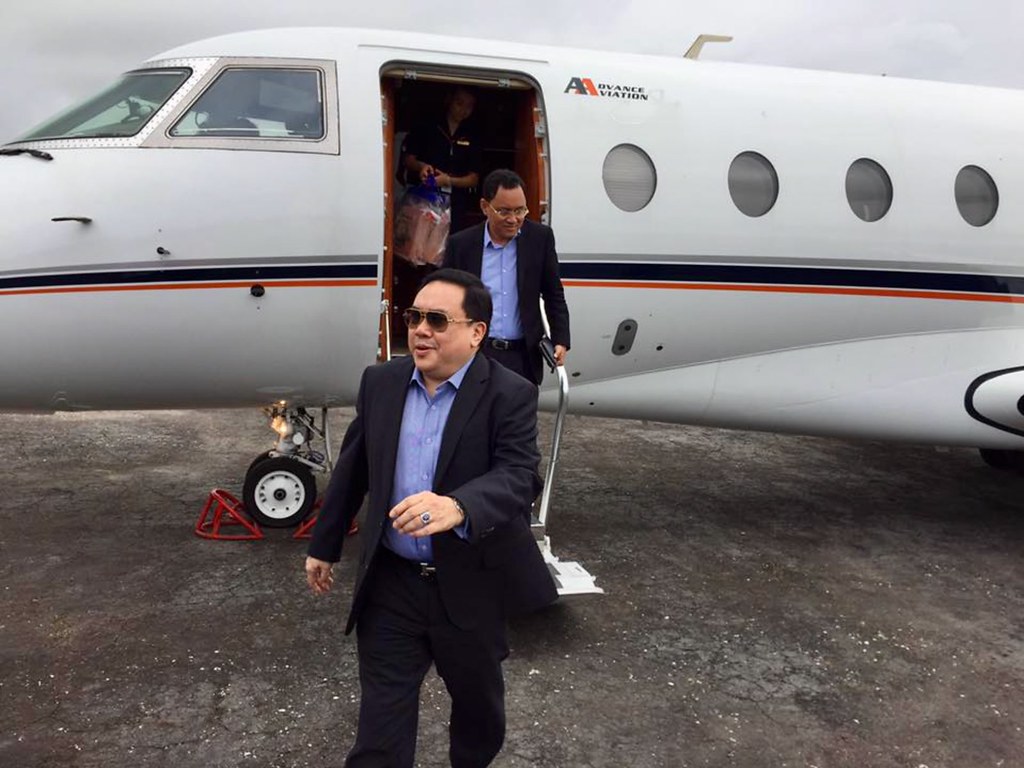 But the arrest warrant for Upakit appeared to have been quickly canceled. One influential Thai news program reported that it never existed, while another outlet took down a story about the warrant without explanation. Police have declined to comment.

Now, a source with knowledge of the case has confirmed to OCCRP and Prachatai that a warrant for Upakit’s arrest was indeed issued last week, and then withdrawn.

Upakit has instead been served with a summons for questioning, which means he could be treated as either a witness or as a suspect, depending on how the investigation goes.

Meanwhile, Dean Gultula, Upakit’s Thai-American son-in-law who was a director of a company he founded, is sitting in a Thai jail. Also detained is Upakit’s former business partner, a well-connected Myanmar tycoon and arms dealer named Tun Min Latt.

The case is a test for Thailand’s law enforcement and justice systems, said Rangsiman Rome, a parliamentarian from the Move Forward Party, which sits in opposition to the ruling coalition of retired military generals and allied parties.

Rangsiman said police could be under pressure from powerful people seeking to protect Upakit from prosecution.

“We want to know how transparent the investigation will be,” he said over the phone. “Will there be some kind of attempt to blow the case, or not?”

Tun Min Latt and Gultula are both involved in a company Upakit founded to run a casino in the Golden Triangle, a region on the frontiers of Thailand, Laos and Myanmar that is notorious for decades of drug trafficking.

The source with knowledge of the case said the arrest warrant issued for Upakit on October 3 cited the same charges as those against Gultula and Tun Min Latt: money laundering and a “conspiracy to commit drug-related offenses.”

The warrant was briefly reported by the Thai news site Manager Online. But the story was removed from the website within a day. Two days later, on October 5, the television program Inside Thailand reported that there had been no warrant at all.

In an October 10 interview, Sarayut Sa-nguanpokai, chief of the Narcotics Suppression Bureau of the Royal Thai Police, declined to say if an arrest warrant had been issued for the senator.

He told Prachatai and OCCRP that Upakit had not yet been questioned, adding that police would continue to investigate the case while holding the suspects in detention.

Gultula and Tun Min Latt were arrested in Bangkok just after dawn on September 17, in an operation the Royal Thai Police said involved officers from different agencies who “surrounded and searched several locations.”

Police have released few details about the investigation. But the activist group Justice For Myanmar has pointed out that the two known suspects are connected to Myanmar Allure Group Company Limited.

In a September 26 Facebook post that garnered widespread media attention in Thailand, the group revealed that Upakit founded the company in 1999 to develop a hotel and casino in Tachilek, a Myanmar town that hosts a busy border crossing with Thailand.

The Allure Group’s founding document –– buried in a trove of files uploaded last year by the data transparency activist group Distributed Denial of Secrets –– shows that Upakit signed an agreement with Tun Min Latt’s father, a military officer who was then a director general in Myanmar’s tourism ministry. The deal allowed Allure Group to lease land from the military for 30 years.

The casino was built by a firm that is part of Tun Min Latt’s Star Sapphire Group of Companies, which the U.K. sanctioned in August, mentioning that it “has been responsible for the brokering of deals for military goods.” 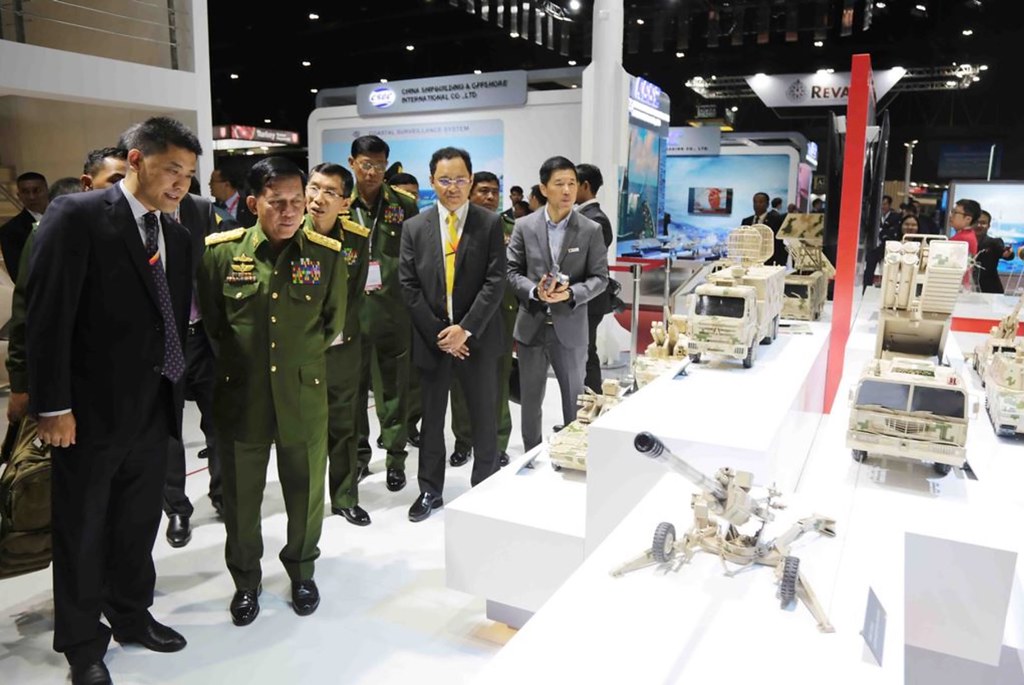 Representatives from Tun Min Latt’s companies did not respond to requests for comment. Upakit did not respond to a message sent via Facebook, and his assistant declined to arrange an interview or provide a statement when contacted by phone.

Corporate records show that Upakit left Allure Group in 2019, when he was appointed to the senate by the military junta that overthrew Thailand’s civilian government in 2014. Upakit’s son-in-law, Gultula, became a company director the same year.

Gultula may seem an unlikely candidate for organized crime. A former professional golfer from New Jersey, he has no known criminal record in the U.S. He married Upakit’s daughter in 2015 and now lives with her and their three children in Bangkok.

The U.S. Embassy in Bangkok said it was unable to comment on Gultula’s case. “In accordance with the U.S. Privacy Act, a U.S. consular office cannot release any information about American citizens without written consent,” embassy spokesperson Nicole Fox said in an email.

Although he wasn’t registered as a director with Allure Group until 2019, Gultula appears to have been working in Myanmar for at least two years before that. His Facebook profile shows that he made several visits to Myanmar’s commercial capital, Yangon, starting in 2017. He mentioned that one trip was for “work,” although he did not say who his employer was.

Upakit has had several business interests in Myanmar, in addition to the hotel and casino. Photos on his Facebook account show him hobnobbing with Myanmar's political, military and business elite. 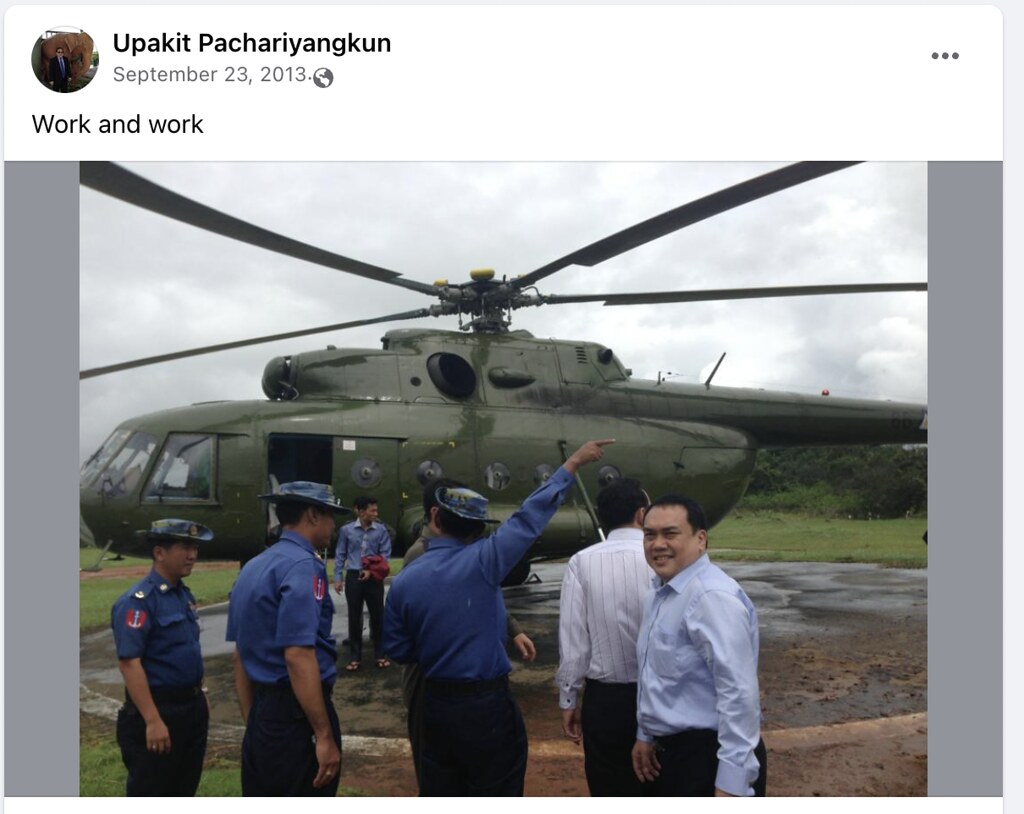 On September 27, after the arrests of his former Myanmar business partner and son-in-law, Upakit appeared on the television program Inside Thailand.

“My son-in-law has nothing to do with gray business, absolutely nothing,” he told the host, adding that the information made public by Justice For Myanmar, linking him to the alleged drug and money laundering operation, was “fake news.”

On October 5, the program’s host said on air that he had received an anonymous phone call saying there had never been a warrant issued for the senator’s arrest.

The managing editor of Manager One, the Thai news site that removed its story on the warrant against Upakit, told Prachatai and OCCRP he did not know why it was taken down.

While rumors fly around Thailand about Upakit’s alleged connection to the drug and money laundering case, the truth about why the arrest warrant was retracted remains unclear.

“It could have been because of some procedural defect that was challenged by lawyers, or for some other reason –– we just don’t know,” said Kingsley Abbott, a Bangkok-based legal expert with the rights group International Commission of Jurists.

“But the fact that a summons has been issued appears to mean the investigators are still interested in talking to him,” Abbott said.