At least 10 activists in Pattani are reported to have been visited by police and military officers ahead of King Vajiralongkorn and Queen Suthida’s visit to the province to attend the annual Quran recitation competition at the Pattani Central Mosque on Sunday (9 October). 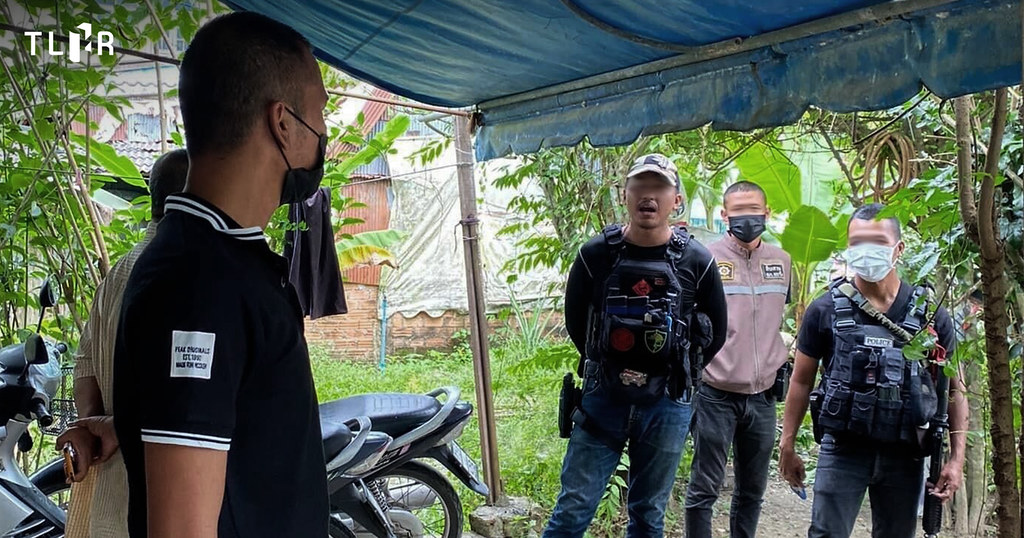 Thai Lawyers for Human Rights (TLHR) reported that at least 10 activists in Pattani and nearby Deep South provinces were visited by police and military officers on 7 – 8 October supposedly to monitor their activities, and that many of the activists said they did not know the King and Queen were to visit Pattani until the police came to see them.

Artef Sohko, an activist from The Patani, a civil society organization working in the Deep South to campaign for self-determination, said that he was informed of at least 10 activists being visited by the police on 7 October. On 8 October, he posted on his Facebook page that police officers also came to his house in the morning, after they came the day before and did not find him. Since Artef was not home during the weekend, he asked his wife to give the police his phone number. He then received a phone call from the Deputy Superintendent of Sungai Padi Provincial Police Station, who explained to him the purpose of the visit and told him that the officers were only following orders.

Sukriffee Lateh, former President of the activist group Federation of Patani Students and Youth (PerMAS), told TLHR that around 10 police officers and rangers carrying firearms came to his house during the weekend. He was not home when the officers came the first time, so they returned on Saturday (8 October). When asked why they came to his house, an officer who said he was the Deputy Inspector of Yaring Provincial Police Station said that they were ordered to visit him by their superiors, because a “VIP” was visiting Pattani.

Sukriffee also said that his friend, an activist in Narathiwat, was also visited by the police around the same time, and that officers were driving past his house on Monday (9 October), probably to monitor his activities.

Arifin Soh, another former PerMAS activist, said that 12 officers from Yaring Provincial Police Station came to his house on Friday (7 October). He said that the officers were carrying firearms, some were wearing bulletproof vests, while some covered their faces with balaclavas.

Arifin said he was not home at the time, so the officers spoke to his father for around 20 minutes, telling him that they were ordered to visit by their superiors. Arifin said that his father is familiar with officers who have previously visited the home, but the group of officers who came on Friday (7 October) seemed to be new and had just been transferred to the area, so the family and their neighbours were shocked by the visit.

Arifin told TLHR that he knew of at least four other activists who were visited by the police around the same time, two are based in Yala and two are recent graduates from the Prince of Songkhla University’s Pattani campus. Arifin and his friends believe that they were visited by the police because of the King and Queen’s 9 October visit, so political activists were being monitored. He also said that police officers went to his girlfriend’s house in Yala on Monday (10 October) and were asking for her, but he does not know why they went to see her since the King and Queen’s visit had already passed.

3 other activists in Pattani’s Yarang district were visited by the police between 7 – 8 October. One of the activists, Fee (pseudonym), said that 5 plainclothes officers from Yarang Provincial Police Station came to his house twice. He noted that one of the officers was carrying an M16 rifle, while the rest were carrying pistols and one was wearing a bulletproof vest.

The officers first visited Fee’s house on Friday afternoon (7 October), but he was not home at the time, so the officers asked his father whether he was home and what he was doing. Fee’s father, who Fee said knew one of the officers, asked the officers why they were asking for him, but the officers only said that they missed him.

The same group of officers returned on Saturday (8 October) and told Fee that they came because they missed him. Fee pressed them for a reason, and was then told that they came to his house because King Vajiralongkorn and Queen Suthida were to visit the Pattani Central Mosque on 9 October, and because Education Minister Trinuch Thienthong was also visiting a nearby school on the same day. Fee said he did not know about these visits before the police told him about them.

Fee said that it is common in the Deep South for armed police and military officers to visit political activists, noting that he was lucky not to be threatened or attacked but only told not to do anything during the visit of an important figure. He said that when an activist is visited by the police or military officers, they may be asked for cooperation, threatened, or taken for interrogation inside a military camp.