A maximum 8-year term limit for the Prime Ministership as stipulated in the 2017 Constitution has become a potential political landmine for Gen Prayut Chan-o-cha. As the answer is remained to be seen, the speculations emerged as laws are interpreted differently. 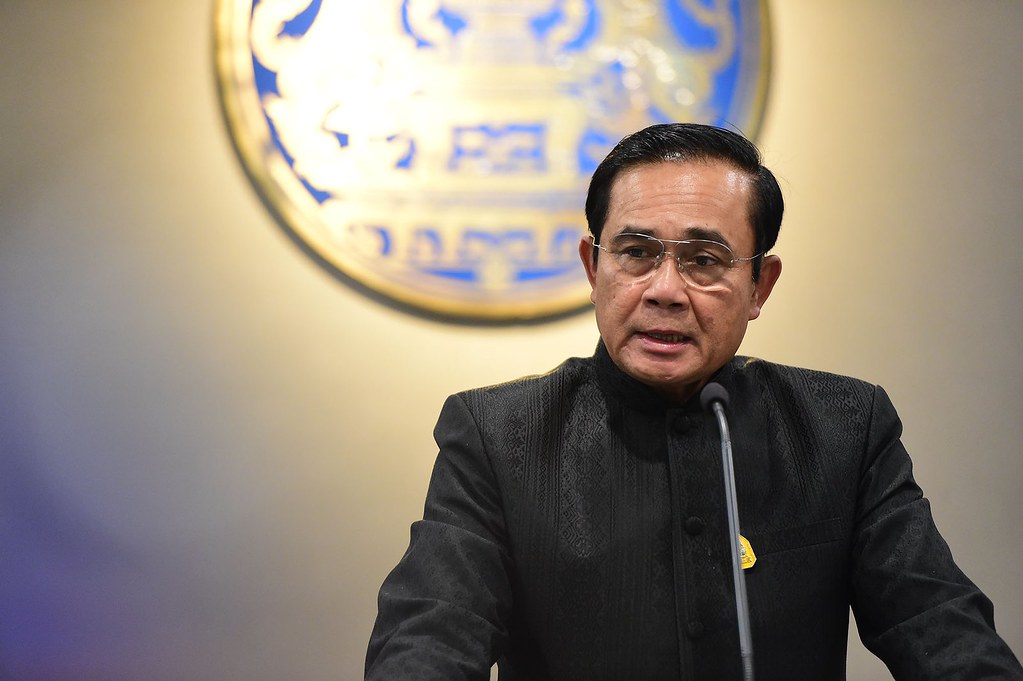 In December 2021, Pheu Thai Party leader, Cholnan Srikaew raised the issue, citing constitutional provisions in Section 158 and 264 that limit individuals from holding the PM position for more than 8 years in total. As Gen Prayut, the coup maker, became PM on 24 August 2014, his tenure in office will be eight years on 24 August 2022.

On 17 August 2022, 171 parliamentarians (MPs) submitted a petition to House Speaker, Chuan Leekpai, requesting a Constitutional Court ruling on the matter.  They also asked the Court to temporarily suspend Prayut until the issue is clarified. The petition raised 6 points as follows:

In addition to Pheu Thai, Srisuwan Chanya, a well-known jurist, also requested a Constitutional Court ruling on the issue through the offices of the National Ombudsman and the Election Commission. On 17 August, the Ombudsman denied his request, saying the issue of constitutionality was not under its jurisdiction.

Petitions aside, the issue has given rise to a public debate about when Gen Prayut’s premiership will actually expire. The three main interpretations differ over the question of when his tenure in office began.

Counting from 24 August 2014, the tenure ends on 23 August 2022. This argument is hailed by opposition party members, the group of 99 comprised of academics and others, civil society organisations, former politicians, and a group of 51 academics. Among other things, they note the beneficial intent of the constitutional term limits and point out that the charter has no provision for exemptions.

A second group argues that Gen Prayut’s tenure in office will not end until 8 June 2027. They assert that the 2017 Constitution cannot be enforced retroactively and that Gen Prayut’s term started after it came into force, on 9 June 2019 when he was sworn into office after the general election.

Proponents of this view include Udom Ratta-amarit, a former member of the 2017 Constitution draft committee who now serves in the lower house legal division, and Chuchat Srisaeng, a former Supreme Court judge.

A third view is that Prayut’s premiership started when the 2017 Constitution was formally adopted on 6 April 2017. By this reckoning, his 8-year tenure will end on 5 April 2025.

The arguments are not new and actually began when the constitution was being drafted. The leaked minutes of a committee meeting indicate that Meechai Ruchuphan, the committee head raised the tenure issue on 7 September 2018. In response, Supot Khaimook, his deputy, said that the PM’s term began before the 2017 constitution comes into force and should be counted as such.

As in the Pheu Thai petition, Supot cited Sections 263 and 264 to support his argument. After the document was made public, however, he asserted that his remarks did not constitute a formal committee resolution.

Calls to call it quits

Should the Court find that Prayut's term ends on 24 August, he will need to vacate the premiership, paving the way for a new PM nomination. In the event this happens, the only PM candidate from the previous nomination that is still remaining in parliament is Anutin Chanrvirakul, the Public Health Minister from Bhumjaithai Party.

As of 19 August, Gen Prayut and his deputy, Gen Prawit Wongsuwan, continued to assert that there is little possibility that parliament will be dissolved.

Former leaders of the yellow and red shirt movements, Nititorn Lamlua and Jatuporn Prompan, now allied as the People Integration Group, vowed to stage a protest in front of the Bangkok Metropolitan Administration from 21-24 August to await the Constitutional Court ruling, demanding the premier to step down.

In a Facebook post, Wanchai Sonsiri, a senator and well-known lawyer, advised Gen Prayut to dissolve parliament before the Constitutional Court ruling, a move that would allow him to stay in power as acting PM for another 5-6 months.

Jade Donavanik, former adviser to the Constitution Drafting Committee (CDC) suggested that Prayut take vacation leave in the event that the Constitutional Court ends his tenure on 24 August to avoid problems of legitimacy.

Prajak Kongkeerati, a political science lecturer from Thammasat University, had a different take on the legitimacy issue. He tweeted that the process people were arguing about pertained to an elected PM, not one who came to power by distorting the political process with a coup.

“In Gen Prayut's case, he should never have been a PM from the outset because [his position] came from a coup that overthrew the Constitution. Strictly sticking to the legal principle, [Gen Prayut] should be put on trial and jailed for life. By having to argue about an 8 year tenure reflects a distortion in Thai society.”