Monarchy reform activist Sopon Surariddhidhamrong, who has been held in pre-trial detention on a royal defamation charge, was granted bail and released yesterday (31 May). 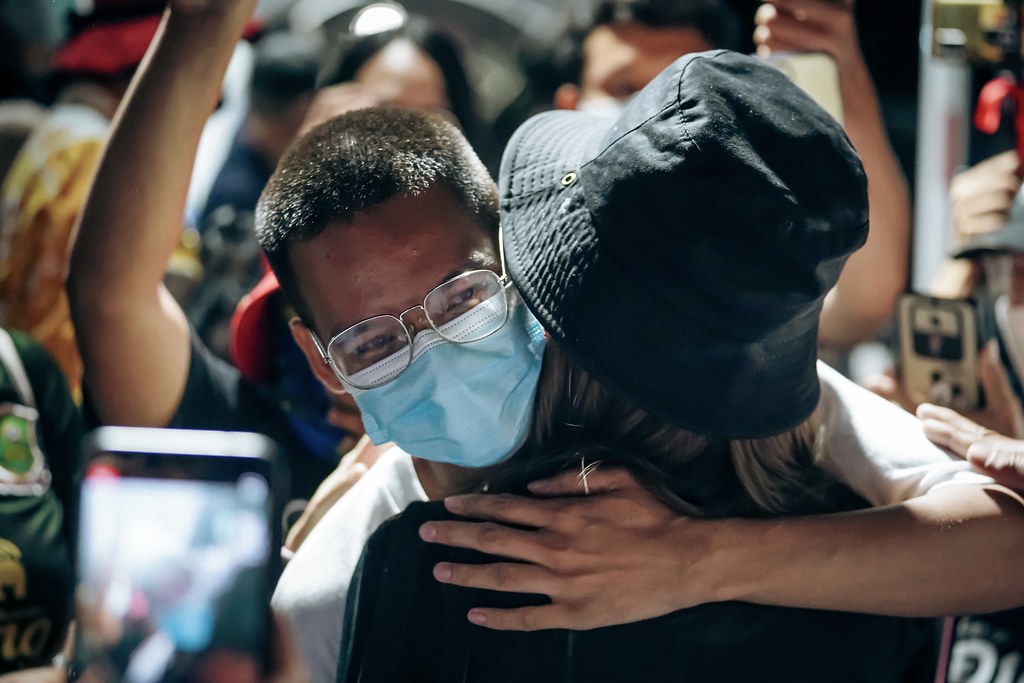 Sopon was charged with royal defamation and using a sound amplifier without permission concerning a speech he gave during a protest march in the Ratchadamnoen area on 22 April 2022. The complaint against him was filed by Anon Klinkaew, a member of the ultra-royalist group People’s Centre to Protect the Monarchy, who said Sopon’s speech defamed Queen Suthida.

Sopon was arrested while he was leaving a Labour Day event in front of the Bangkok Art and Culture Centre. He has been held in pre-trial detention for the past 30 days and repeatedly denied bail. His family and lawyers filed another bail request for him on 27 May, after concerns arose that Sopon will not be able to complete his radiological technology license course if he continues to be detained and will be denied the opportunity to work as a medical professional.

Following a hearing yesterday (31 May), the Criminal Court granted him bail for a 1-month period using a 100,000-baht security, which was covered by the Will of the People Fund, a bail fund for people facing charges for participating in pro-democracy protests. The court appointed his parents and grandfather as supervisors.

The Court prohibited him from repeating his offense or participating in activities which cause public disorder or damage to the monarchy. He is also not allowed to leave the country without court permission and must stay at home at all times unless for educational or medical reasons. If he needs to leave home for educational reasons, he must present certifying letters from his university and the lecturer responsible for the relevant classes to the Court 3 days in advance. In cases of medical emergency, he must present a medical certificate to the Court within 3 days.

The Court did not require him to wear an electronic monitoring bracelet, after Sopon and his parents told the Court that electronic signal from the bracelet could disrupt medical equipment he would be working with as a radiological technologist.

Thai Lawyers for Human Rights (TLHR) reported that, before Sopon was released from Bangkok Remand Prison, officers from Buppharam Police Station came to re-arrest him on another royal defamation charge resulting from a speech he gave during a protest on Chakri Memorial Day (6 April). Although there is an arrest warrant out for Sopon, officers have already visited him in prison to inform him of his charges and the warrant should therefore become invalid.

Officers initially said they would take him to the Police Club on Vibhavadi Rangsit Road, claiming that the arrest warrant is still valid. Sopon’s lawyers then spoke to the officers and told them that Sopon’s family will be filing a misconduct complaint against them if they arrest him. At around 20.20, after the officers confirmed that they would not arrest him, Sopon was released from Bangkok Remand Prison.