A draft bill criminalising torture and enforced disappearance has passed the House of Representatives with 359 votes in favour, 1 abstention and 2 decided not to vote. The bill will now go to the senate for final consideration. 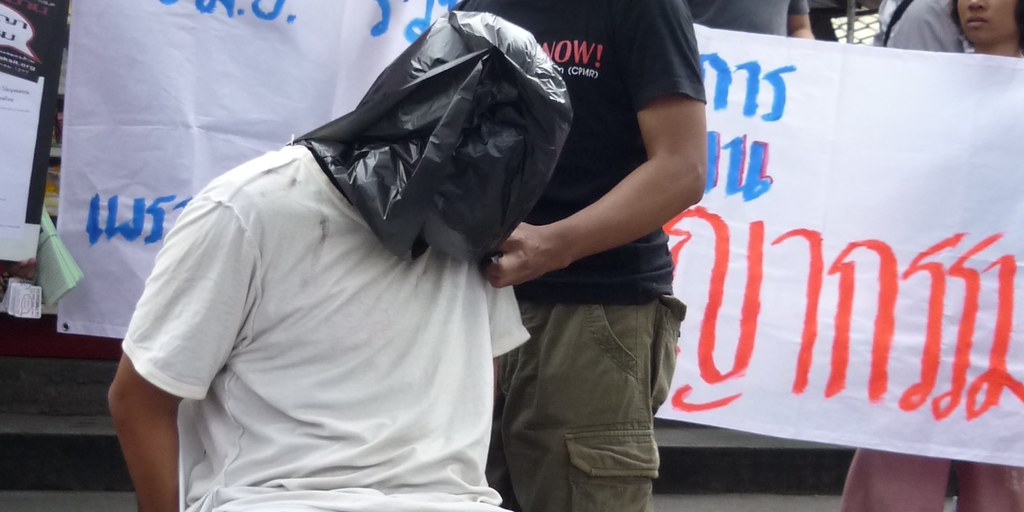 The lower house spent five hours deliberating the bill section by section.  Voting was completed around 17.00 on 23 February, the final day of this parliamentary session.

The bill will make it illegal for state authorities to secretly detain and torture people, mandating prison sentences for both perpetrators and their commanding officers.  It will also allow victims’ relatives to file complaints as injured parties and seek compensation.

In 2007, Thailand ratified the Convention Against Torture and Other Cruel, Inhuman, or Degrading Treatment or Punishment.  In 2012, it signed (but has yet to ratify) the International Convention for the Protection of All Persons from Enforced Disappearance.  Despite this, the country currently has no clear prohibition on the use of torture to obtain information and confessions nor is there a specific statute banning enforced disappearances.

If passed, the new law will provide legal benchmarks to end the impunity that state authorities have heretofore enjoyed.

In addition to criminalising both, the draft will also prohibit state agents from employing cruel, inhuman or degrading treatment and punishments.

Pornpen Khongkachonkiet, Director of the Cross Cultural Foundation (CrCF) and a member of the ad-hoc draft review committee, told Prachatai that the parliament agreed on every section proposed by the draft committee.  Under parliamentary procedures, MPs can only agree or disagree with the draft.

The lower house also agreed to a stipulation that the law cannot be revoked for any reason including war, domestic political instability, or a declared state emergency, as well as a clause forbidding the forcible deportation of foreign nationals if there is cause to believe that deportation will place them at risk of torture or other cruel, inhuman and degrading treatment.

In an interview with the Reporters, Angkhana Neelapaijit, another member of the ad-hoc draft review committee and the wife of enforced-disappeared human rights lawyer Somchai Neelapaijt, expressed her gratitude to the MPs for agreeing with all the committee proposals, including a provision facilitating compensation for the victims of enforced disappearances.

She also expressed hope that the Senate will prioritise the interests of the people when considering this bill.