Ruangkrai Leekitwattana, a member of Palang Pracharat Party (PPRP) has filed a petition with the Election Commission (EC) to disband the Move Forward Party (MFP) on the grounds that an MFP proposal to reduce crown-related budget allocations for 2022 is an affront to the Kingdom’s democratic regime of government with the King as Head of State. 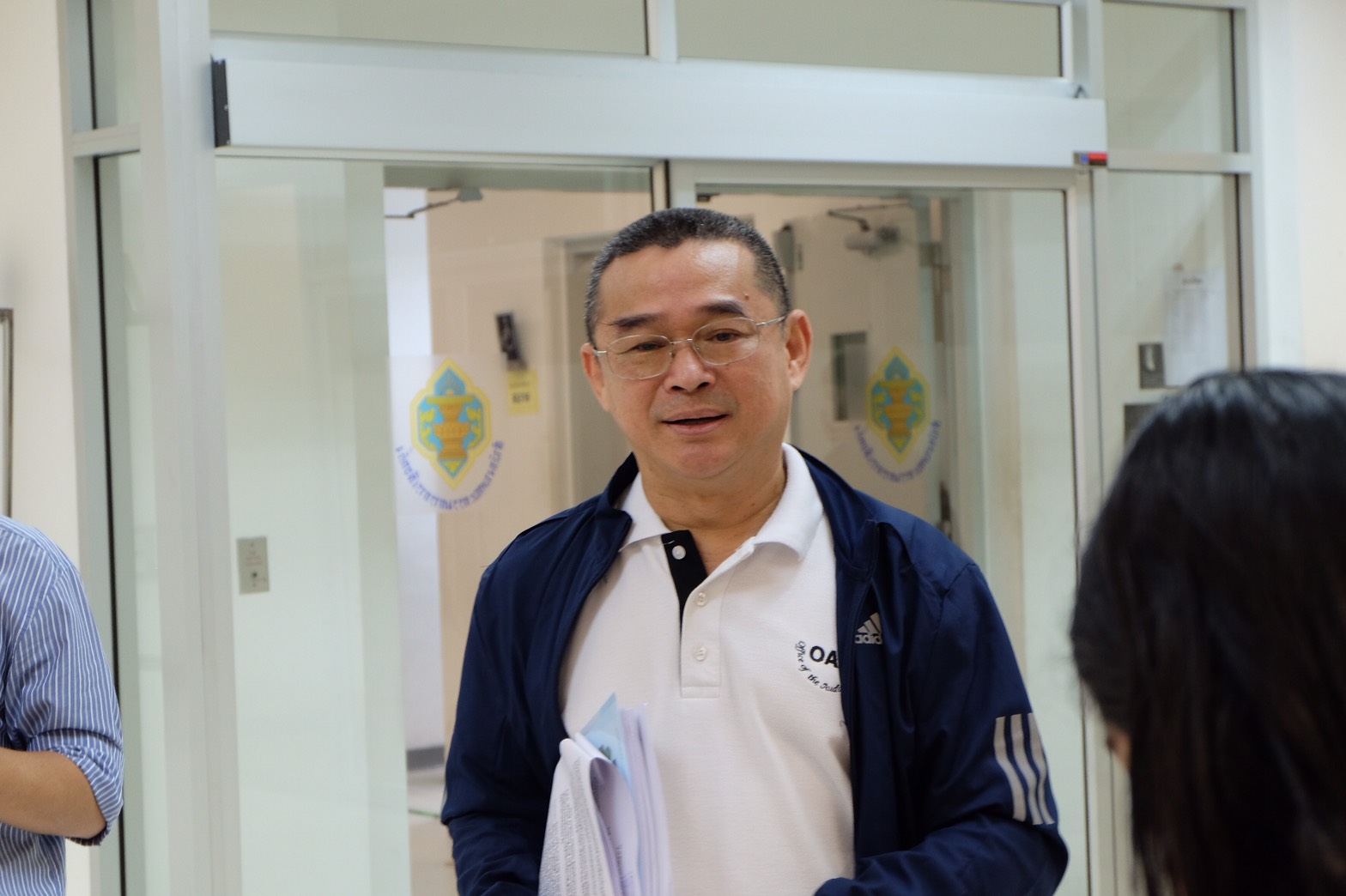 On 23 August Prachachat and the Manager reported that Ruangkrai petitioned the EC to dissolve the party under Section 92 of the Organic Act on Political Parties.

The petition came in response to comments made by MFP MPs during a parliamentary review of the 2022 fiscal year budget on 18-20 August.  According to Ruangkrai, MFP representatives gave a joint critique of budget section 36, which details proposed outlays for officials in royal agencies. Representatives' speeches and presentation slides were later made public.

According to Ruangkrai, MFP representative Benja Saengchan intentionally threatened the prevailing political order by stating that “loyalty to the throne cannot be measured by counting the number of royal body guards, the number of royal attendants, the number of public memorials celebrating the reign or the number of times members of the public have received charges under 112 (the royal defamation law] …  budget allocations for the royal institution have not been made transparent and cannot be checked… which is not in keeping with the basic principles of a democratic system in which the monarchy is truly under a constitution”.

According to Khaosod, MFP Secretary-General Chaitawat Tulathon responded by saying that party MPs were simply performing their duties as lawmakers, using a single standard to check the budgets of every government agency.

“I think this is the political game of those in power and old political groups; they are working together in a bid to destroy new-style politics,” Chaitawat said.

Ruangkrai, a politician who left the Pheu Thai Party to become a PPRP member filed his petition after MFP participation in the second and the third reading of the 2022 budget.  During the reading, party MPs asked that the proposed allocation of 8.761 billion baht for royal agencies be reduced by 3.568 billion baht, a 40.72% cut.

MFP MP Rangsiman Rome noted that while the request was less than last year’s 8.980 billion baht, the current economic crisis warranted further reductions. He added that the budget had been gradually increasing every year since 2018 and noted that royal expenditures were consistently over budget in 2018 - 2020 period.

Benja Saengchan also questioned the need for 14,700 royal agency officials, a number higher than the totals found in ministries tasked with overseeing the affairs of the Kingdom as a whole.

MFP deputy leader Picharn Chaowapatanawong added that unlike the pre-2017 period, when royal agencies were still working under other ministries, there was no detailed breakdown of their respective budgets.

The direct and impassioned nature of presentation led a parliament spokesperson to prohibit media coverage out of concern that the discussion might violate royal defamation statutes. Ruangkrai, a member of the budget committee, did not respond to MFP comments and queries.

The budget was passed with 392 in favour, 47 in opposition and 3 abstaining.

2021 budget: expenses related to the monarchy from all agencies total 37 billion baht

In June, Pita Limjaroenrat, another MFP member also questioned why only seven pages of supporting documentation for an 8.7 billion baht budget proposal were presented by a representative from the Bureau of Budget, and not one of the royal agencies. The committee spent 10 minutes listening to the presentation before approving the allocation.

In addition to the direct budgeting of royal agencies, an estimated 33.7-35.7 billion baht was allocated to various ministries to meet the needs of the royal institution. This included a budget for crown security in the Ministry of Defence, and budgets in both the Ministry of Natural Resource and Environment and the Ministry of Interior to operate royal projects around the country.

In March 2017, six months after King Rama X ascended to the throne, the Royal Service Administration Act 2017 was issued, transforming 5 government organisations into royal agencies under a variety of regulations.  It specified that all would henceforth be managed “at the royal pleasure”.  The agencies are:

1. The Office of His Majesty's Principal Private Secretary – formerly an independent government agency equivalent to a department, under the command of the Prime Minister;

2. The Bureau of the Royal Household – formerly a royal government agency equivalent to a ministry answering directly to the Prime Minister;

3. The Royal Aide-de-Camp Department – formerly under the Ministry of Defence;

4. The Royal Security Command – formerly under the Ministry of Defence; and

5. The Office of the Royal Court Police - formerly under the Royal Thai Police.

The Act specifies that royal agencies “are not governmental agencies under the law on national government administration and are not state entities under any other law.”  As a consequence, these agencies are no longer under the authority of the various organisations which have the duty to audit normal government agencies and state agents.  This includes the National Anti-Corruption Commission, the Office of the Ombudsman, and the State Audit Office.

A Royal Decree further notes that the three main royal agencies have the status of “juristic persons”.  These are (1) the Office of the Privy Council; (2) the Bureau of the Royal Household; and (3) Royal Security Command.  This means that they are not government or state agencies.  Anyone affected by an exercise of authority by these agencies must file charges and cannot appeal to the Administrative Court, as is the case with ministries, bureaux and departments in general.

Ruangkrai's political career can best be described as ‘pragmatically partisan’. In the aftermath of the 2006 coup, he was among the first set of senators appointed to hold office under the military’s new constitution. He later joined the "40 senators" group, which worked to sideline ousted Prime Minister Thaksin Shinawatra’s political proxy, Samak Sundaravej and his Palang Prachachon Party.

After the Constitutional Court banned Samak from office for appearing on a television cooking show, Ruangkrai’ abruptly crossed party ranks to join the United Front for Democracy Against Dictatorship, the red shirt movement.  He also joined the Pheu Thai Party and a sister organisation, the Thai Raksa Chart Party.

Before defecting to the PPRP, he filed petitions with the National Anti-Corruption Commission over Prime Minister Prayut Chan-o-cha’s rent-free residence at an army camp and became embroiled in Deputy Prime Minister Prawit Wongsuwan’s luxury watches row.

After leaving Pheu Thai, he posted a photo of himself with a new car that was given to him by a “kind big shot”.  After the 2022 budget motion, Ruangkrai announced plans to resign from all of his parliamentary posts, adding that "a kind big shot” had found another job for him.