Protesters were arrested at the Narcotics Suppression Bureau on 2 August after they took back a truck seized by the police. The court set 100,000 baht bail for each protester and disallowed the use of the MPs’ positions as security, saying that it was irrelevant to the arrested. 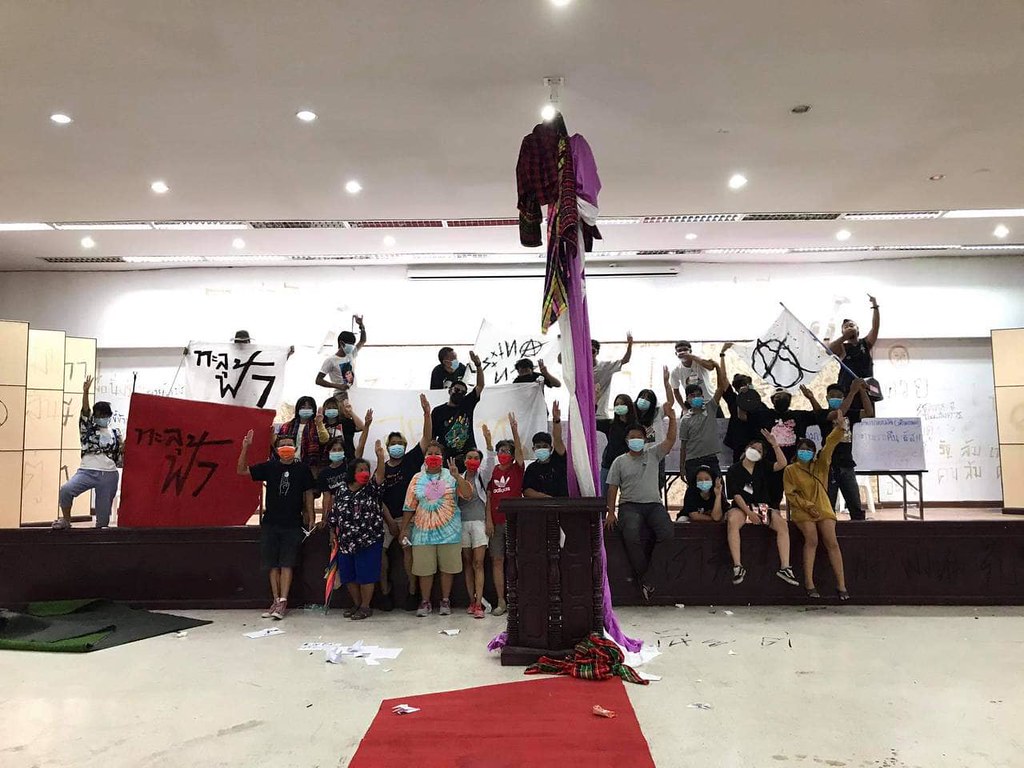 Arrested protesters in a group photo while they were detained. (Source:Facebook/Talu Fah)

According to Thai Lawyers of Human Rights (TLHR), the Central Criminal Court for Corruption and Misconduct Cases granted bail on Tuesday to 31 protestors charged with using force against officials on duty and violation of the Emergency Decree by gathering in public.

In rejecting the use of MPs’ positions as security, court officials stated that only persons related to a detainee can qualify, such as family members, employees, employers or MP for the detainee’s constituency.

The 3,100,000 baht bail was provided by the Ratsadorn Prasong (People's Will) Fund, established by public donations to assist people charged in political cases.

The mass arrest took place as protesters led by the Talu Fa group (Pierce the Sky) confronted crowd control police standing guard at the Narcotics Suppression Bureau on Monday. After the protesters splashed and sprayed police shields with paint, the police suddenly moved in and broke up the protest.

In total, 31 members of Talu Fah and 1 from the United Front of Thammasat and Demonstration were transferred to the  Border Patrol Police Region 1 headquarters for detention.

2 women fainted due to the police use of force and were sent to hospital. A 17-year-old youth was also arrested but later released with no bail.

Talu Fa Facebook page shows the detention room defaced by detainees. Walls and windows are covered with graffiti in paint and coffee water. 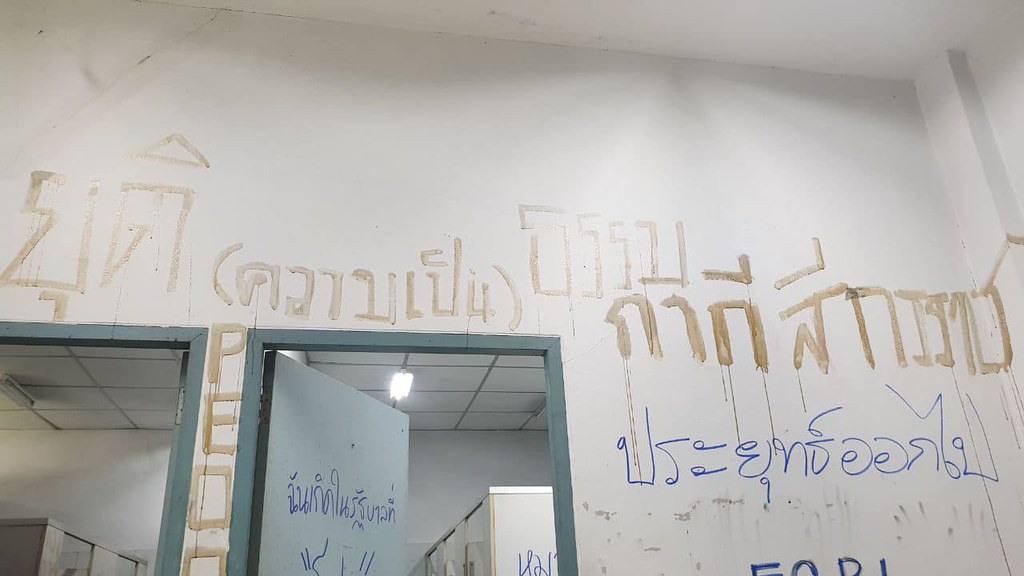 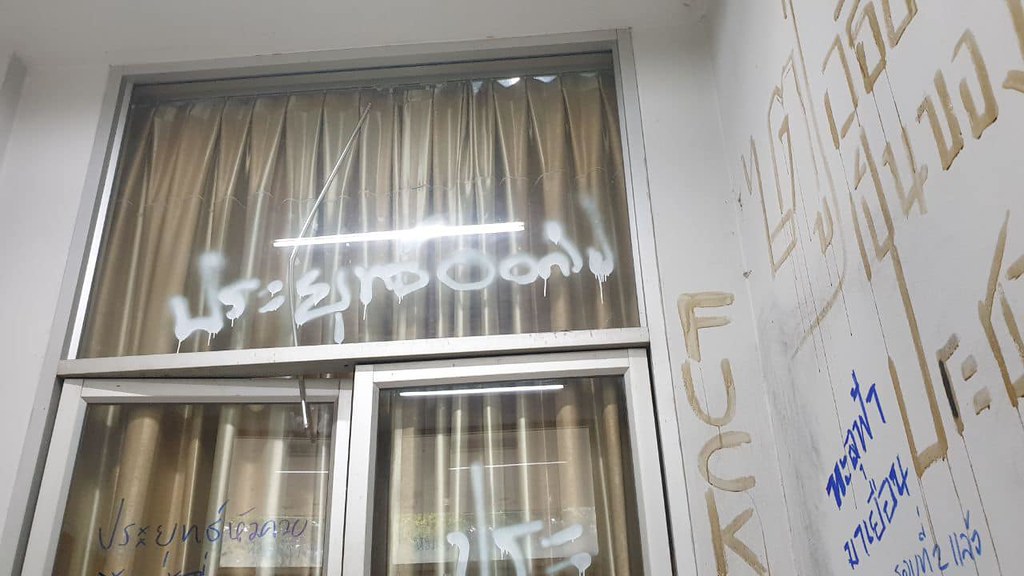 The incident came after the Car Mob rally in Bangkok on Sunday. The police seized the vehicle used to carry sound equipment after the event was over and arrested 3 crew. The police also seized their phones, so that lawyers took about 5 hours to confirm their whereabouts.

8 other people arrested on Sunday before the event started and released after it was over.

Kanchanaburi police, a district chief and officers from the Internal Security Operations Command visited the house of an organizer of the Car Mob in Kanchanaburi. They tried to pressure the organizer not to hold the event. When asked what law would be violated by traveling in a group of vehicles, the officer replied that he did not know and would go back to find more information.