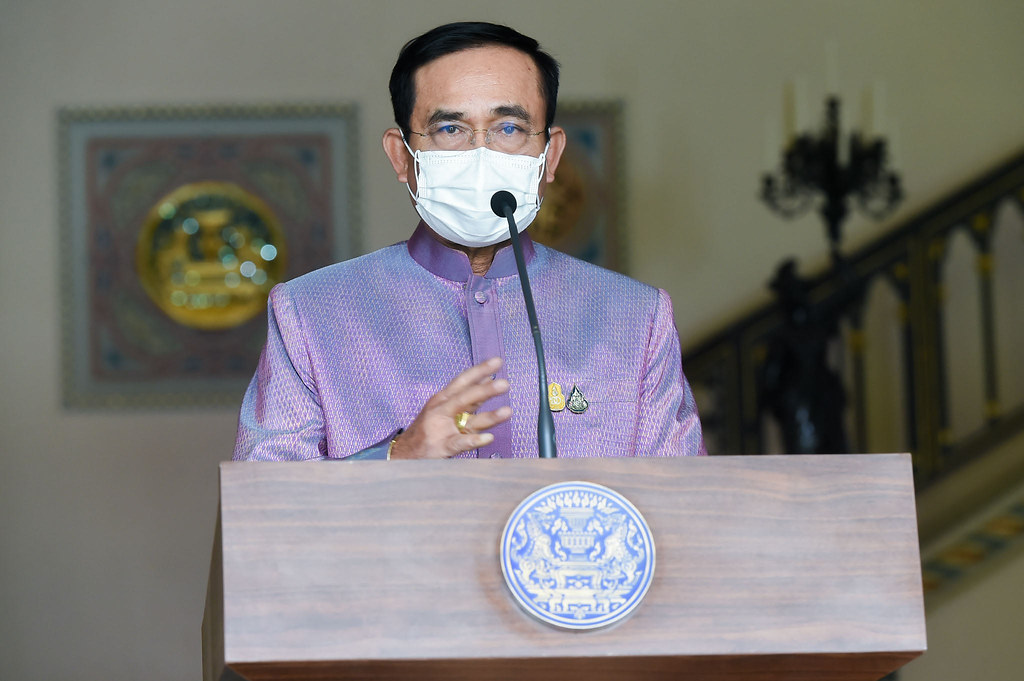 The chair of a committee tasked with defending the reputation of the Prime Minister claims that over 100 cases have been initiated against those criticising the Prime Minister since September 2020. The Prime Minister and his representatives should stop using defamation proceedings to attack freedom of expression, and the Thai government should move swiftly to decriminalise defamation.

“This thin-skinned reaction to public criticism would be shocking if it weren’t so predictable,” said David Diaz-Jogeix, ARTICLE 19’s Senior Director of Programmes. “The Prime Minister’s self-serving anti-defamation campaign is the latest example of the government’s repeated efforts to stamp out dissent and public criticism.”

The most high-profile target in the government’s campaign against critics of the Prime Minister is Winyu Wongsurawat, a famous TV host. Winyu was questioned by police on 28 May 2021 for alleged breaches of Sections 328 (defamation by publication) and 393 (public insult) of the Thai Criminal Code after he posted critical comments on Twitter about the Prime Minister. According to Winyu’s summons, the investigation was initiated by Aphiwat Khanthong, an Assistant Minister in the Prime Minister’s office. Winyu denied all allegations against him.

The investigation of Winyu is the latest in a series of cases initiated by Aphiwat on behalf of the Prime Minister. A complaint by Aphiwat also led the police to investigate Weerachatpong (surname withheld) for a Facebook post criticising the Prime Minister. On 24 May 2021, Weerchatpong reported to the police, admitted guilt, and paid a fine, ending the investigation. Thai Lawyers for Human Rights reported that Weerachatpong’s case is the fourth defamation case initiated by Aphiwat, but further details about the other cases were not provided.

Winyu’s summons indicates that the complaint was filed based on Prime Minister’s order number 32/2563 issued on 21 September 2020. While the order itself has not been made public, Winyu’s summons indicates that the order prompted the creation of a ‘committee to investigate and prosecute individuals disseminating disinformation and misinformation regarding the Prime Minister and Ministers’ duties on social media’.

During an interview with The Matter, an online news platform, on 1 June 2021, Aphiwat Khanthong said that the committee, which he chairs, was established because the Prime Minister had been attacked on social media and there was not previously a government agency tasked with protecting him. He advised that the committee is comprised of ten committee members, many of whom are lawyers, with an additional 30 individuals tasked with screening social platforms for defamatory content. While only a few defamation cases brought by this committee have been publicly reported, in the interview Aphiwat claimed that since its creation the committee has filed over 100 cases on behalf of the Prime Minister under defamation and lèse-majesté provisions and the Computer Crimes Act. According to Aphiwat most cases were settled at the investigation stage if the accused was willing to apologise, pay a fine and pledge not to repeat their offence.

In General Comment No. 34, the UN Human Rights Committee stated that ‘all public figures, including those exercising the highest political authority such as heads of state and government, are legitimately subject to criticism’ and asserted that insults towards public figures do not justify the imposition of penalties. ARTICLE 19’s March 2021 report, ‘Truth Be Told: Criminal defamation in Thai law and the case for reform’ analyses criminal defamation provisions within Thai law and finds that they are incompatible with these international human rights standards. Too often criminal defamation proceedings in Thailand are utilised to stifle legitimate expression. Despite acknowledging vexatious and frivolous criminal defamation cases in its National Action Plan on Business and Human Rights, the Thai government’s actions have failed to stem the tide of baseless criminal defamation complaints. The Thai government should decriminalise defamation and ensure custodial sentences are never imposed as punishment for defamation.

“The official use of criminal defamation proceedings against social media users is contributing to the rapid deterioration of online freedom of expression in Thailand,” said Diaz-Jogeix. “Thai officials in public-facing roles should recognise the importance of open political discourse and accept a higher degree of scrutiny than others.”