In order to eradicate all forms of dictatorship and restore democracy in military-ruled Myanmar, the newly formed National Unity Government (NUG) has called for urgent international recognition and an end to violence before political dialogue. 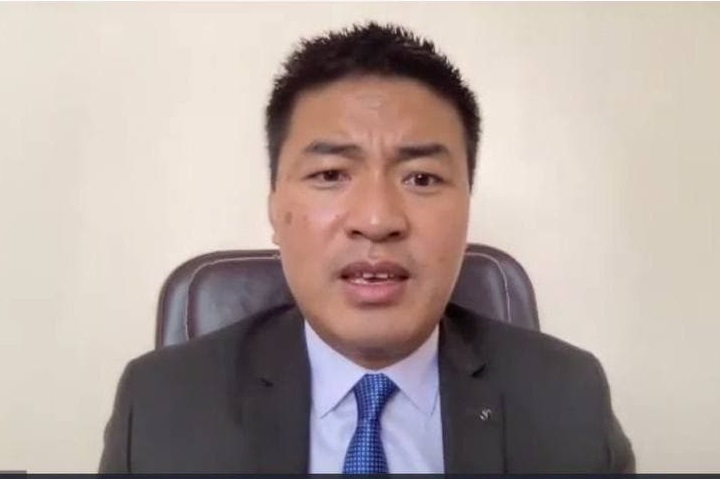 Dr Sasa giving a speech in a briefing via Zoom.

“It is vitally important that the international community officially recognizes the NUG as soon as possible in order to help end the junta’s reign of terror,” said Dr Sasa, Minister of International Cooperation and spokesperson of the NUG in a briefing via Zoom for representatives of Asia News Network and regional researchers.

A military coup d’état staged by Myanmar armed force chief Min Aung Hlaing ignited protests across the country prompting a brutal crackdown that has since killed nearly 800 people and led to the arrest of approximately 5,000.

The recognition is an urgent need for the NUG. Further delay could lead to a great civil war, more crimes against humanity and more atrocities, he said.

While western countries such as the United States, the European Union and the United Kingdom imposed sanctions against the generals and ruling junta, known officially as the State Administrative Council, ASEAN disappointed the NUG by inviting coup leader Min Aung Hlaing to a special meeting in Jakarta on April 24.

Dr. Sasa urged the regional grouping, of which Myanmar is a member, to engage with the NUG as the sole legitimate representative and government of the Myanmar people.

“The people of Myanmar made their choice perfectly clear on the 8th of November 2020, when they voted for those who are now leading the National Unity Government. They have voted to end the military dictatorship once and for all,” he said.

ASEAN, if it wanted to play a role in solving Myanmar crisis, must recognize the NUG and pick the right special envoy to engage with it. “The ASEAN special envoy has to listen to the voice the people, engage with the people’s government and accept realities on the ground, not use this as a propaganda anymore,” he said, noting that ASEAN must be able to tell Min Aung Hlaing to stop killing.

NUG Minister Sasa said he is now working with government officials and lawmakers in the US, EU countries and the UK to campaign for recognition. “Behind the scenes, we are working with governments and parliamentarians around the world to explain and convince them that it’s unacceptable to see Myanmar elected parliamentarians are on the run,” he said from his hiding place on 14 May. Most of the governments he has engaged with agreed and congratulate the NUG, he said and noted “for me recognition simply means engagement and cooperation.”

Ex-diplomat Kobsak Chutikul said in the same conference that recognition (at the United Nations) is a complicated matter and many obstacles need to be overcome. The NUG may try at least to have the seat of Myanmar in the UN left vacant, as happened in case of the Cambodian coup in 1997-1998, in order to have a democratic voice heard in the UN. “We have to be careful whether recognition, by default, could enable the junta that has taken the power to slowly creep in to create fait accompli, so recognition is quite a big issue in the next few months,” said Kobsak, who recently engaged with Myanmar on the Rohingya issue.

Formed in April, the NUG comprises ousted lawmakers who were elected in the 8 November election and representatives of ethnic groups. The pro-democracy entity has developed a roadmap with ten goalposts in its march to victory, Sasa said.

The ten goalposts included the total eradication of military dictatorship in all forms; complete nullification of the military-sponsored 2008 constitution; building a federal democratic union of Myanmar; emergence of a people’s government; formation of a National Unity Government; inclusive cooperation and collaboration with all stakeholders; drafting a new charter based on federal democratic principles; a national convention and referendum on the new charter; power and resource sharing; and re-establishment of the three branches of state, namely executive, legislative and judicial.

Sasa, who is an ethnic Chin physician, said federalism is the main principle to make the new government of Myanmar inclusive of all ethnicities. He intentionally highlighted the term ‘Rohingya’ during the session with Asian media, diplomats and scholars rather than ‘Bengali’ as the Myanmar elite and the military prefer.

“We will be prioritizing and preparing to address a range of important issues faced by our nation, including protecting, promoting and respecting the rights and dignity, and improving the quality of life of our many ethnic communities, including the brave Rohingya people. I can tell you today, that I am proud to call the Rohingya my brothers, sisters, and fellow citizens,” he said. 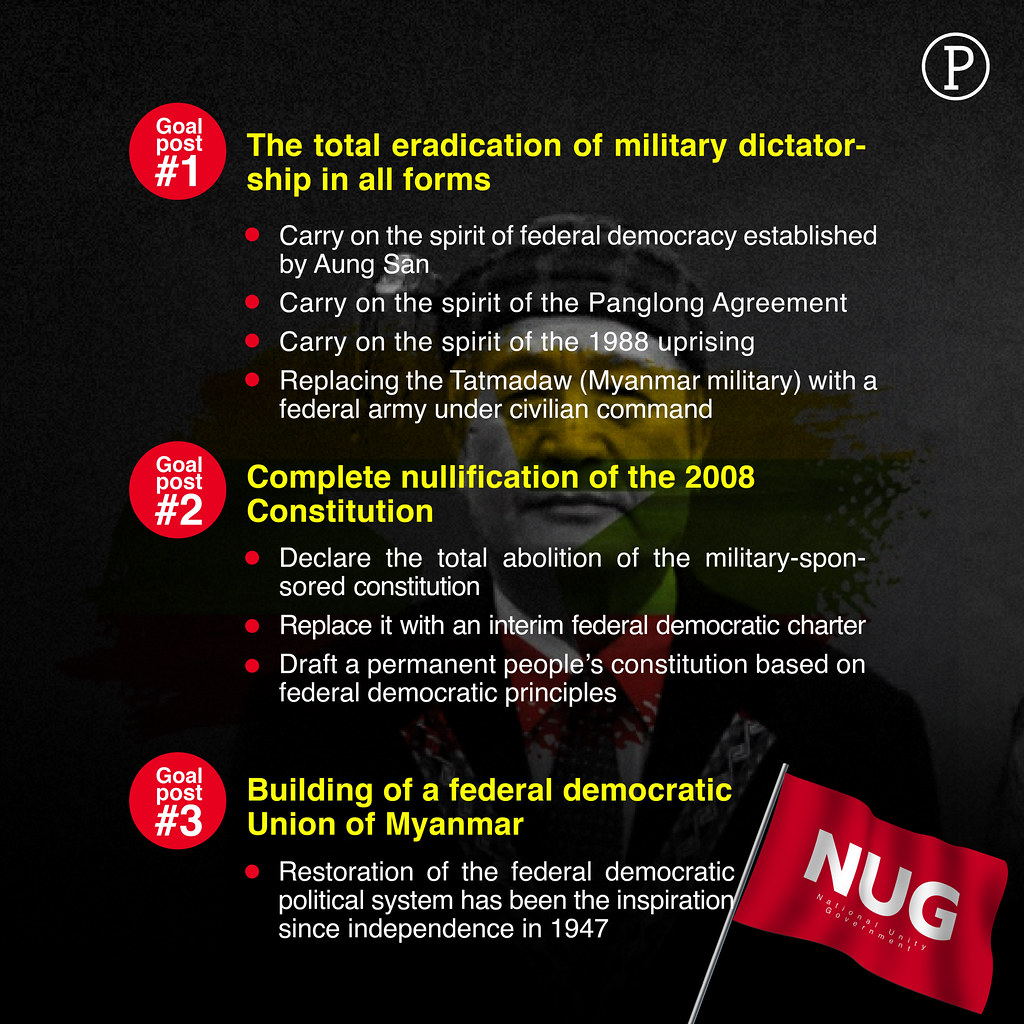 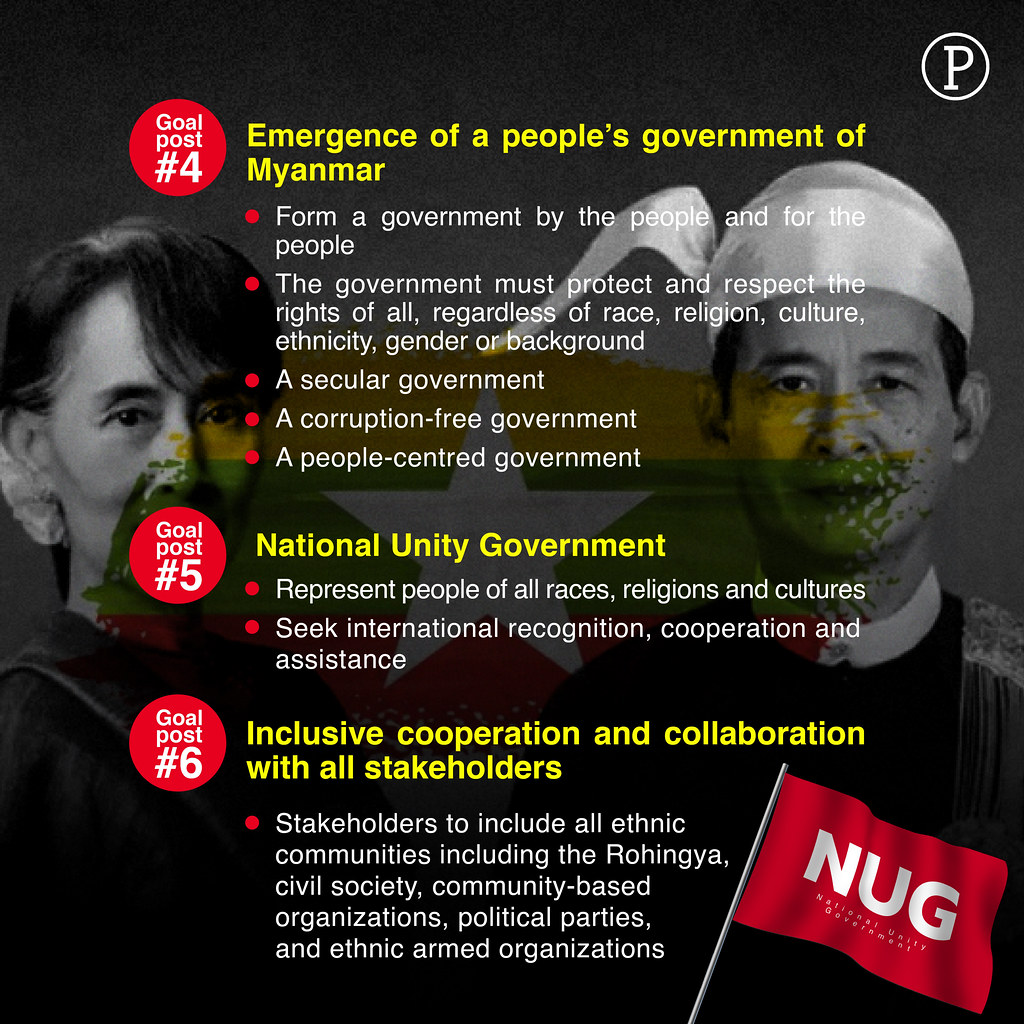 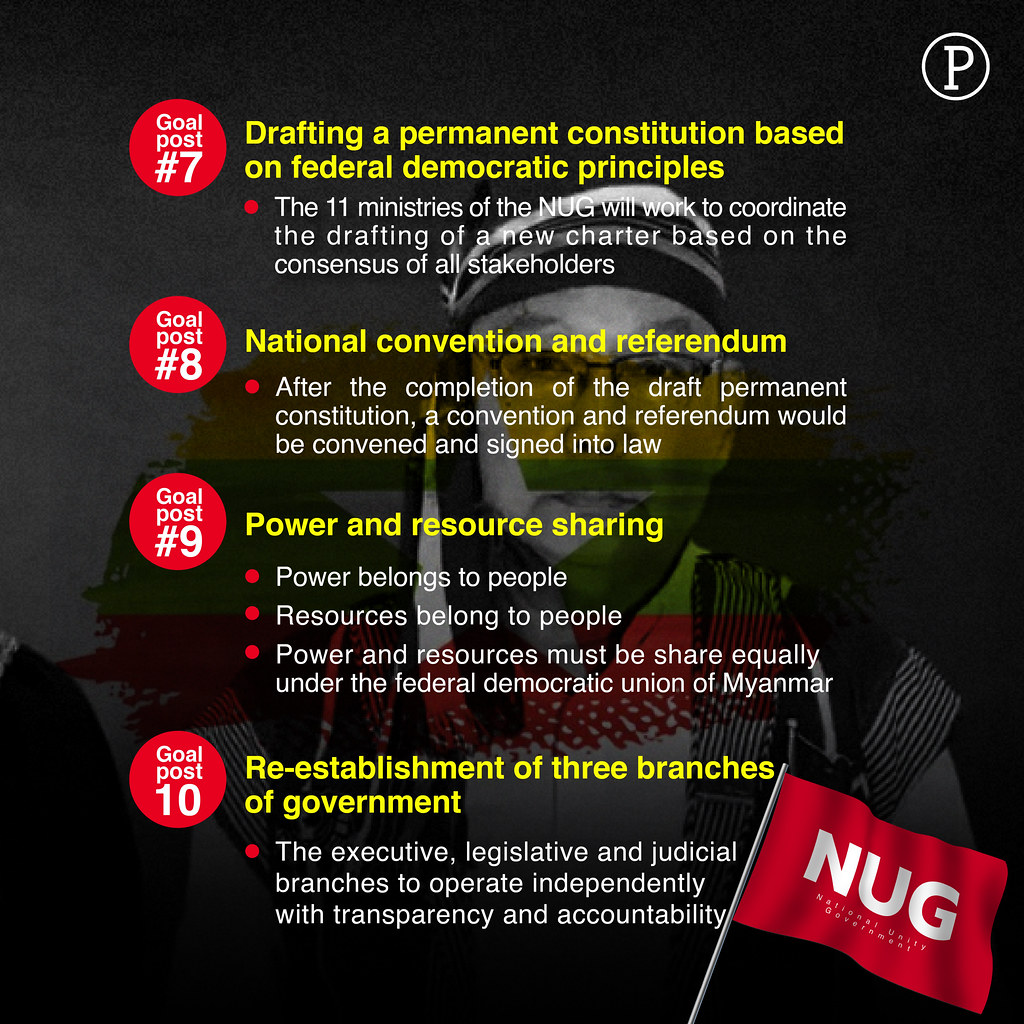