For the 3rd cycle of the Universal Periodic Review (UPR), to be held in November 2021, Scholars at Risk (SAR) has submitted a report to the Working Group, detailing the worsening situation for academic freedom and freedom of expression in Thailand. Rather than improving since the last UPR, human rights in Thailand have declined precipitously. 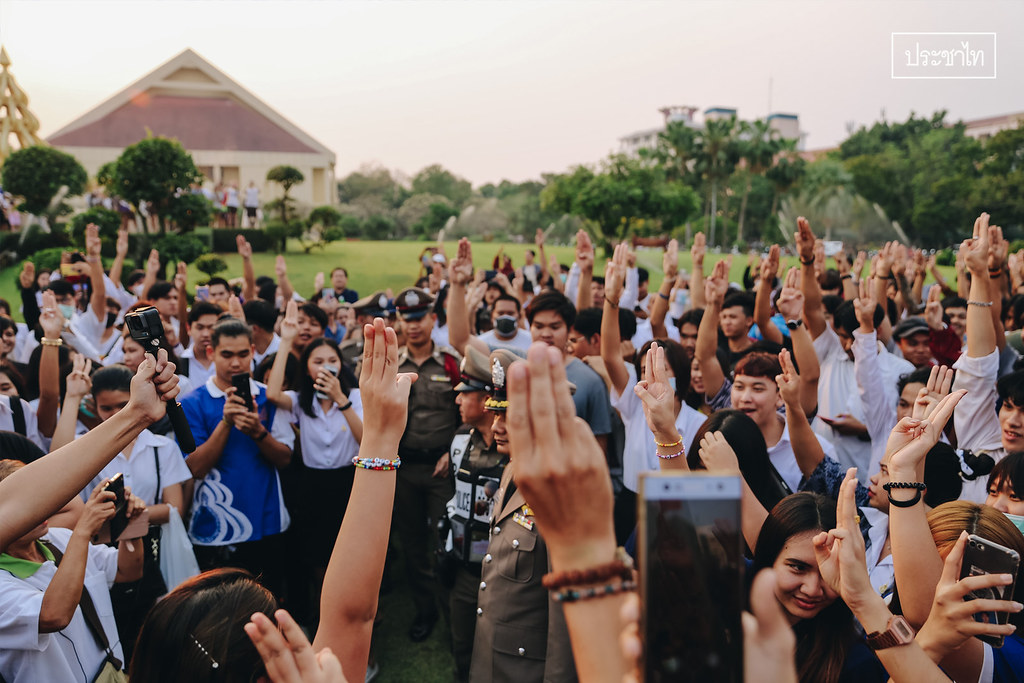 Protesters at Rajamangala University of Technology Thanyaburi raising 3 finger salute at the police who came to try to check their ID cards. (File Photo)

In the submission, SAR details a pattern of wrongful prosecutions, surveillance, intimidation, and disproportionate force to prevent or punish nonviolent expression by student activists, scholars, and other members of Thailand’s higher education community.

Ministry to summon universities over 8 lecturers offering bail for students

SAR expresses particular concern about the use of Section 112 of the Criminal Code, which criminalizes defamation, insult, or threat to the monarchy. Authorities have charged at least 76 people under the law between November 2020 and March 2021, with several student activists currently detained on multiple lèse majesté counts, and denied bail.

SAR further calls for UN member states to call on Thailand to do the following:

SAR is a U.S.-based international network of academic institutions organized to support and defend the principles of academic freedom and to defend the human rights of scholars around the world.

Their network includes over 530 higher education institutions in 42 countries. SAR has followed the academic freedom and broader human rights situation in Thailand since the 22 May 2014 coup.

The full report can be downloaded and read here.