Home » Protesters petition Germany over King’s use of power

Protesters petition Germany over King’s use of power

Thousands joined a march to the German Embassy in Bangkok on Monday (26 October) to submit a petition calling for the German authorities to investigate King Vajiralongkorn’s use of power during his time in Germany. 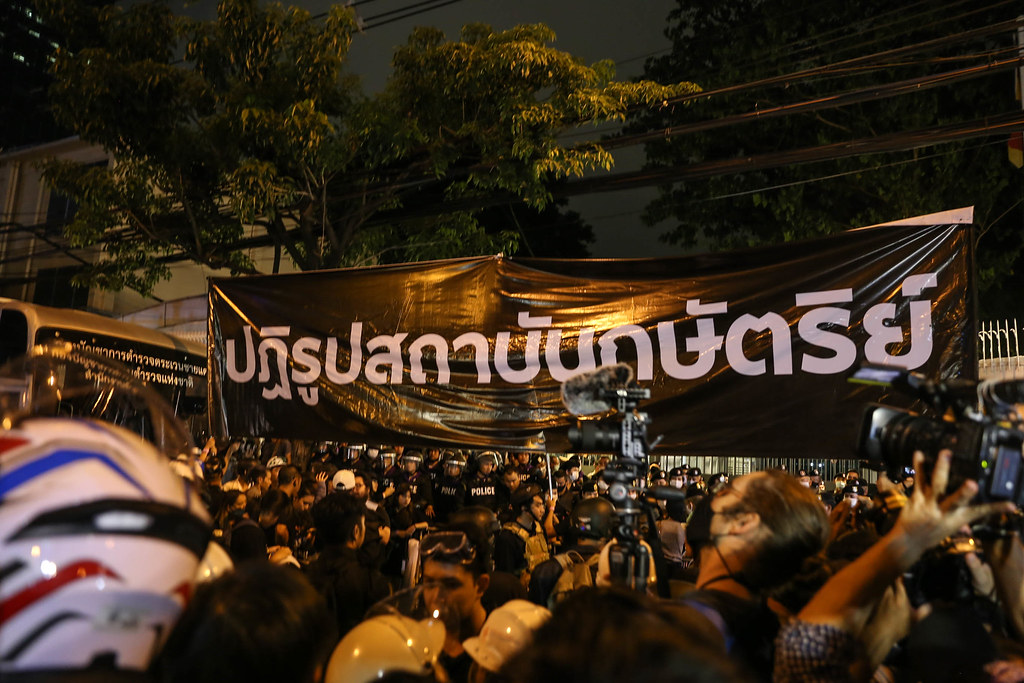 A vinyl sign displayed during the protest saying "monarchy reform."

The protest began at 17.00 at the Samyan intersection. At around 18.15, the protesters began marching towards the German Embassy on Sathon Road, the entrance to which was blocked by crowd control police apparently equipped with gas masks and batons.

One of the protesters, Somsak Panjamas, said that he was joining the protest to oust prime minister Gen Prayut Chan-o-cha, because Prayut has mismanaged the country and caused debts for the people. Somsak is in his fifties and said that he also took part in the protests after the military coup in 2006.

He said he is glad that so many students are protesting, and that the politicians' claim that the protests are causing conflict is wrong and is an accusation, because it is apparent that people are joining together to oust Prayut.

On monarchy reform, he said that the idea that the people want to overthrow the monarchy is an attack on the movement, the same as what happened to the red shirts, and that this is an attempt at using the yellow shirts to attack the students by claiming loyalty, so he wants to ask people not to do this as it would lead to more conflict.

Another protester dressed as a character from Ngoa Paa in order to find donations. He said that he was affected by the economic recession during the Covid-19 pandemic and the lockdown, as he used to work in the tourism industry.  During the lockdown, he used up all his savings. He had to refinance his car and use the money to start selling second-hand clothes, and has to get food from donations. He said he joined the protest to get food as well as donations.

He refused to give his real name as he does not want his four children to be ashamed. 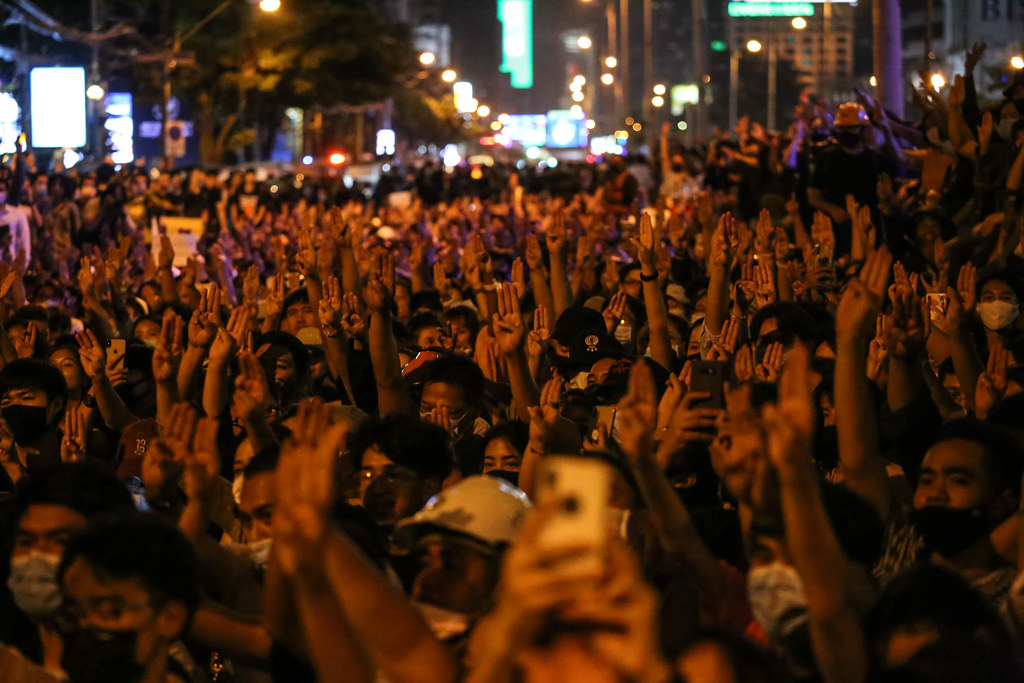 At 19.45, the protesters arrived at the Embassy, and it was announced that three representatives of the protesters would meet the German ambassador to submit their open letter, which calls for the German authorities to conduct an investigation into King Vajiralongkorn’s residency in Germany.

The open letter demands that the German government investigate and disclose the King’s entry and departure records to determine whether the King has exercised his power on German soil, a clarification on whether he will be required to pay inheritance tax as stipulated by German law and if so, how much will he have to pay, and whether the German government will investigate allegations against the King about human rights violations.

Representatives of the protesters also read out a statement about the march, which says that five days after the protesters marched to Government House to demand that Prime Minister Gen Prayut Chan-o-cha resign, the government has yet to act on their demand and has continued to arrest peaceful protesters. The protesters are therefore escalating their actions by marching to the embassy to submit their demands.

“The request is aimed to reinstate Vajiralongkorn to Thailand and arrange for the monarch to be under the constitution in order to bring Thailand back to the path of a truly constitutional monarchy,” said the statement. 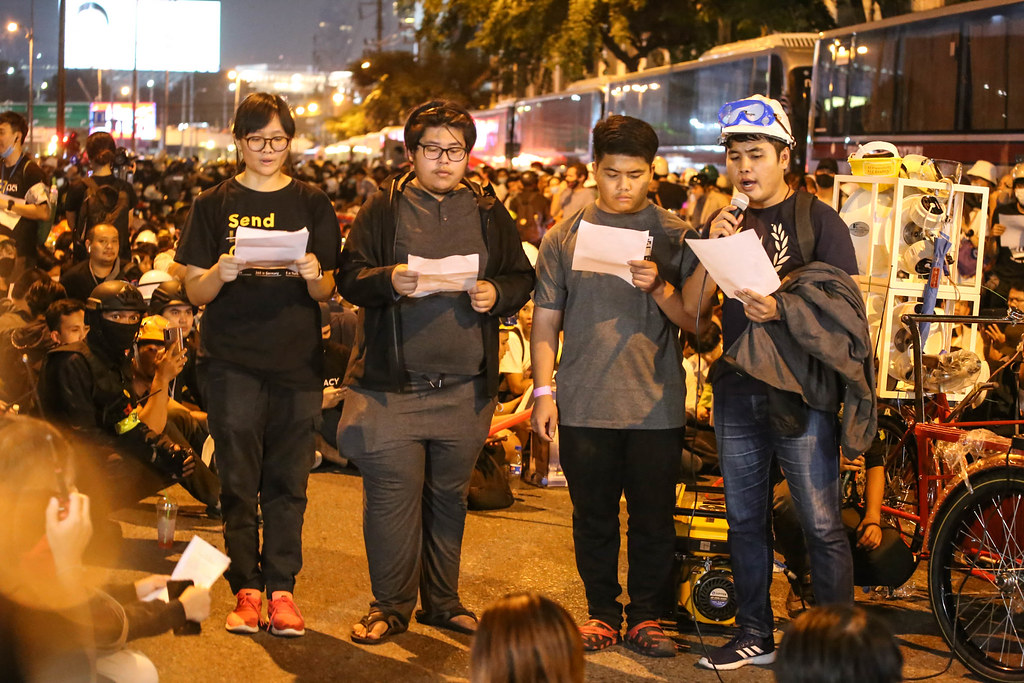 Representatives of the protesters read out their statement

The statement mentioned that the march to Government House took place on 23 October. However, the march took place on 21 October. The statement also mentioned that the authorities used tear gas and rubber bullets against the protesters. The use of both tear gas and rubber bullets during the police crackdowns on 15 October and 16 October has yet to be verified.

The protest concluded at 20.58, after protest leader Patsaravalee Tanakitvibulpon emerged from the embassy to tell the protesters about the meeting with the ambassador and to read the statement.