As of 10 April, a week after the kingdom-wide 10 pm - 4 am curfew was declared, more than 5 thousand violators had been arrested. By contrast, the accumulated number of COVID-19 patients is around 2,400. 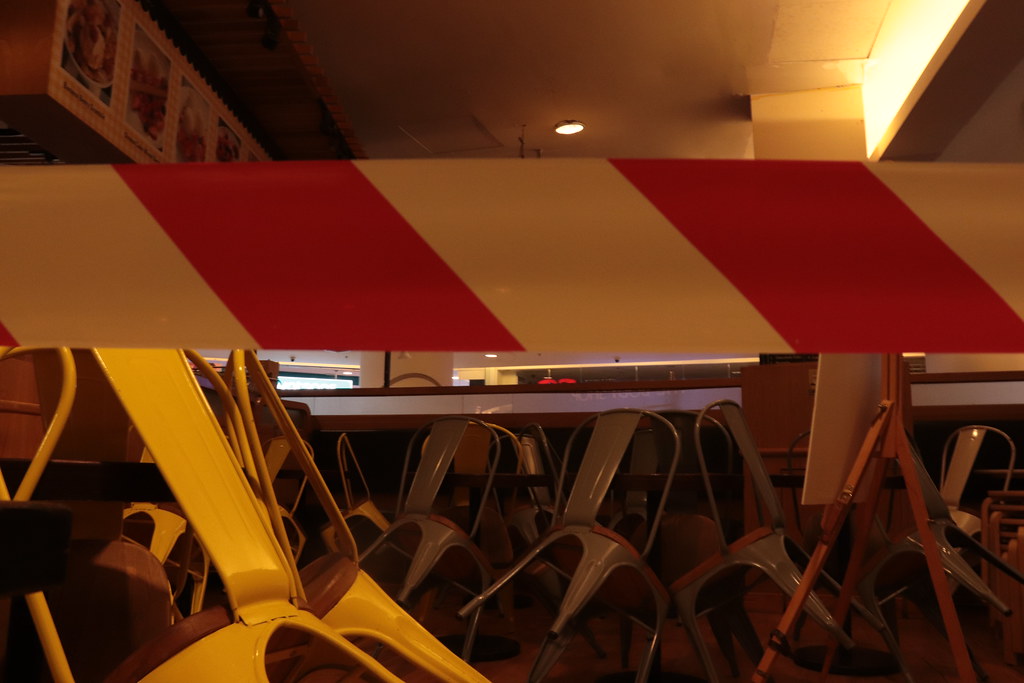 A closed dessert shop in a shopping mall.

According to the Office of the Judiciary, 5,071 out of the arrested have been brought to court and 4,830 cases were adjudicated.

The curfew, declared by Prime Minister Gen Prayut Chan-o-cha, who also heads the Centre for Covid-19 Situation Administration (CCSA), is one among many attempts to control the COVID-19 outbreak under the Emergency Decree declared on 26 March.

Bangkok saw the highest number of violators with 334; there were 303 in Nonthaburi and 255 in Phuket.

By law, the authorities can arrest people who venture outside during the curfew. Those who violate the curfew can face up to 2 years in jail, a 40,000 baht fine or both.

On 7 April, the daughter of the Phitsanulok Provincial Governor was arrested for breaking the curfew in Mukdahan Province as she was travelling back from eating out.

Although some media reports say that she was drunk and threatened the police, her friends told Thai PBS that this was not true. The Mukdahan court handed down a sentence of 6 months in jail and a 10,000 baht fine. The sentence was reduced by half as she confessed and the prison sentence was suspended for 1 year.

On 3 April, a total 10 youngsters were arrested in Si Sa Ket Province for breaking the curfew. The court gave them 6 months in jail and 25,000 baht fine, halved because they confessed. However, 2 were unable to pay the fine so have to spend 25 days in jail instead. (Source: Naewna)

On 8 April, a man was arrested at 10.30 pm in a roadside hut in Chainat Province. He claimed that he was travelling from another district with his wife, but they had a quarrel and the wife abandoned him midway.

However, the wife did not come back to pick him up. The Chainat court handed down a sentence of 15 days in jail. (Source: Siamrath)

On 7 April, a Subdistrict Chief in Surat Thani province reported that a man and a monk were arrested while foraging for wild honey after the curfew. While he was on the way to investigate, they were shot dead by Manop Kopin, the Village Head who arrested them. Manop claimed that they pulled out weapons (gun and knife) on him so he had to defend himself.

However, Khaosod Online later reported that the alleged gun was 10 metres away from the bodies and was not loaded. The police are investigating.

On 7 April, a middle-aged taxi driver was arrested at Si Sa Ket Province at 00.05 am. He was held in the police station jail where in the morning the police found him with respiratory problems.

He was admitted to the district hospital at 07.10 am and reportedly passed away at 08.00 am. The post mortem concluded that death was caused by a lung inflammation and no coronavirus was found.

However, his relatives doubted the cause of death because the driver had been healthy. They requested further investigation of the CCTV footage in the station. (Source: One 31)