Thai students in the UK are struggling to return home after the Civil Aviation Authority of Thailand (CAAT), in an effort to combat the spread of COVID-19, announced that Thais returning from overseas will be required to present a Fit to Fly certificate and a certifying letter from their local Thai Embassy before being allowed to board a flight home. 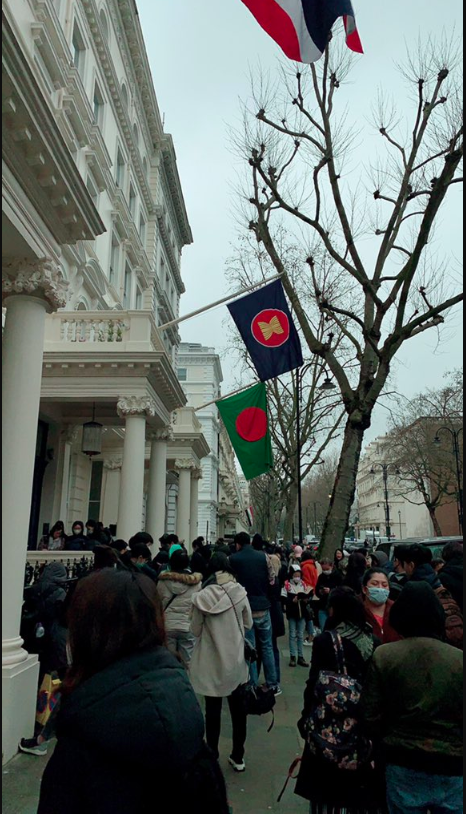 The CAAT announcement, released on Thursday (19 March) and effective from Sunday (22 March) onwards, states that Thai nationals returning to Thailand will now be required to present a Fit to Fly health certificate and a letter issued by their local Thai Embassy, Consulate, or the Ministry of Foreign Affairs “certifying that the passenger is Thai national [sic] returning to Thailand.” The CAAT is also requiring airlines to deny boarding to anyone without these documents.

In the UK, as universities began switching to online classes due to the outbreak of COVID-19, many Thai students planning to return home have had to completely change their plans as they struggle to get the required documents.

Mookdapa, a Thai student in London, said that the announcement has caused a lot of confusion, as no procedures were in place initially to help students fulfil the requirements and it was unclear what they needed to do. Many students were also unable to see a general practitioner (GP) in time to get the documents for their flight. At least one student was unable to make an appointment at all, as their GP had stopped accepting face-to-face appointments due to the COVID-19 situation and therefore cannot issue a Fit to Fly certificate.

It could also take 5 – 7 working days, if they are able to get an appointment, to receive their certificate.

The National Health Service (NHS) has recommended that people stay at home if they show symptoms of COVID-19, such as high fever or a continuous cough, and to not go to a GP surgery, pharmacy, or hospital.

Many students with tickets for flights leaving on or after 20 March have chosen to cancel their original booking and buy a new ticket in order to return to Thailand before the CAAT requirements become effective. Some students with Thai Airways tickets were also told by the airline to wait on standby at the airport to see if they can leave on an earlier flight.

Mookdapa said that there was a gap between the CAAT’s announcement and the Embassy’s announcement that they will be bringing in doctors to issue the Fit to Fly Certificate and that no one knows what to do, which she thinks could be the reason many students decided to fly home as soon as possible.

Meanwhile, the Thai Embassy in London have put procedures in place to facilitate the issuing of these documents. Mookdapa said that Thai medical students and Thai doctors in London have been stationed at the Embassy to issue Fit to Fly certificates to Thai nationals trying to return to Thailand.

However, those who live far away from London will still need to see a GP and email their documents to the Embassy, who will send them a certifying letter by email, or travel to London to visit the Embassy in order to get the documents.

Mookdapa said that one of her friends had to queue up in front of the Embassy for around 4 hours to see a doctor. However, this student said that both the doctors and Embassy personnel have been very patient in answering questions and are trying their best.

On Saturday (21 March), the Embassy also switched to using the booking application QueQ in order to avoid having people queuing at the Embassy, which is also a transmission risk.

Not only is it difficult to get a Fit to Fly certificate in the UK, but the certificate itself also does not involve testing for COVID-19; it is merely a general health check to certify that the person is healthy enough to travel by plane.

However, some students have chosen to stay. A Thai student in London told Prachatai that he is choosing to remain in the UK as he has yet to complete his degree and is concerned that it will be difficult for him to return to the UK if he chooses to leave. He said that his university has closed and moved classes online, but the library remains open and other student services are reachable by e-mail. Some students are also planning on returning later in the year, as some universities still have examinations scheduled from May onwards that have yet to be cancelled.

Overseas Thai communities are also raising questions as to why the Thai government is not facilitating their return to Thailand, but instead allowing the CAAT to issue new requirements that are little short of barring Thai nationals from returning home – a possible violation of Section 39 of the Thai Constitution, which states that “no person of Thai nationality shall be deported or prohibited from entering the Kingdom.”