Chulalongkorn University and the Embassy of the Czech Republic in Bangkok celebrated the 30th anniversary of the return of democracy to Czechoslovakia and the 25th anniversary of Czech revolutionary and statesman Václav Havel’s visit to Chulalongkorn University with a concert on Saturday night (23 November) and a panel discussion on Monday (25 November). 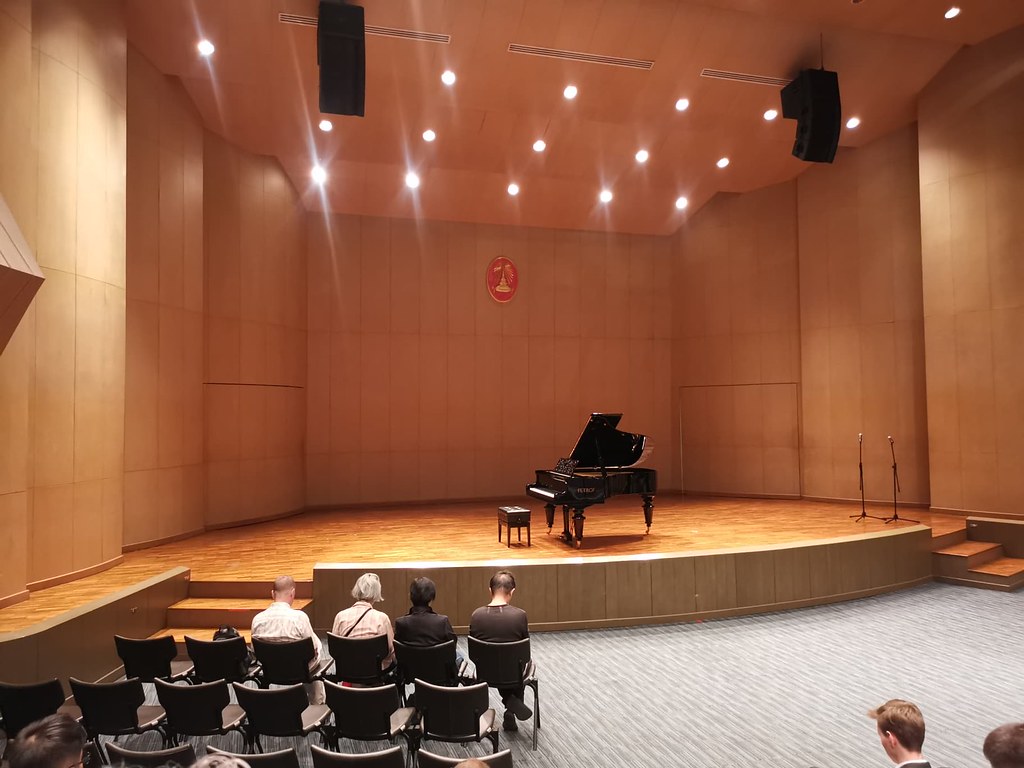 The Chulalongkorn University Music Hall, where the concert took place on Saturday night

On Saturday (23 November), as part of the Bangkok International Piano Festival 2019 under the patronage of the Embassy of Italy in Bangkok, a concert by Czech pianist Matyáš Novák, a member of the Petrof Art Family, was held at the Chulalongkorn University Music Hall. The concert was a collaboration between the Czech Embassy and the International Keyboard Academy at Chulalongkorn University.

Novák, 21, started playing the piano at the age of 5 and has won a number of national and international competitions. He is now known to be one of the most promising pianists of his generation. His Saturday night concert, the second of his two performances in Bangkok, sold out within 48 hours, and the audience was won over by his technical brilliance, his sensitivity for the repertoire, and the ease with which he took on several of the most demanding compositions for the piano.

The Saturday night programme, chosen by the pianist himself, featured works by the Hungarian composer Franz Liszt, alongside that of the Czech composer Bedřich Smetana, who Novák said was “something like a Czech Franz Liszt” and “the most nationalistic composer in the Czech Republic” for the musical nationalism that can be seen in the presence of motifs from folk music in his compositions. 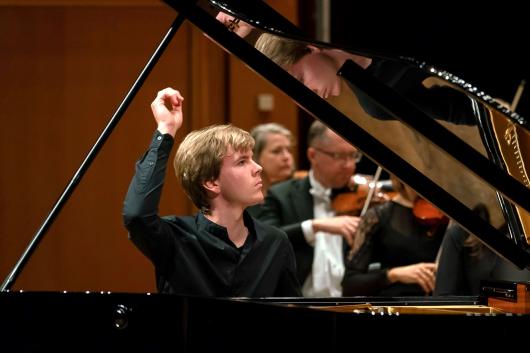 Matyáš Novák (Source: Embassy of the Czech Republic in Bangkok)

Novák’s first album, recorded at the age of 18, is a recording of Franz Liszt’s cycle of compositions for the piano, known as “Years of Pilgrimage.” Written between 1848 and 1855, the cycle is the composer’s musical travel diary, drawn from his experiences in Switzerland and Italy between 1835 and 1839. This album, 14 copies of which Novák brought to his concert in Bangkok and which sold out immediately, is further proof that it is in Liszt’s works and other virtuosic compositions of the 19th century where Novák’s technical brilliance and musicality come to the fore.

Novák said that the atmosphere at his two Bangkok concerts was very different from what he has experienced in Europe, but nevertheless, he said that he found it to be enjoyable. He has previously performed in China, but this is the first time he has visited and performed in Thailand. 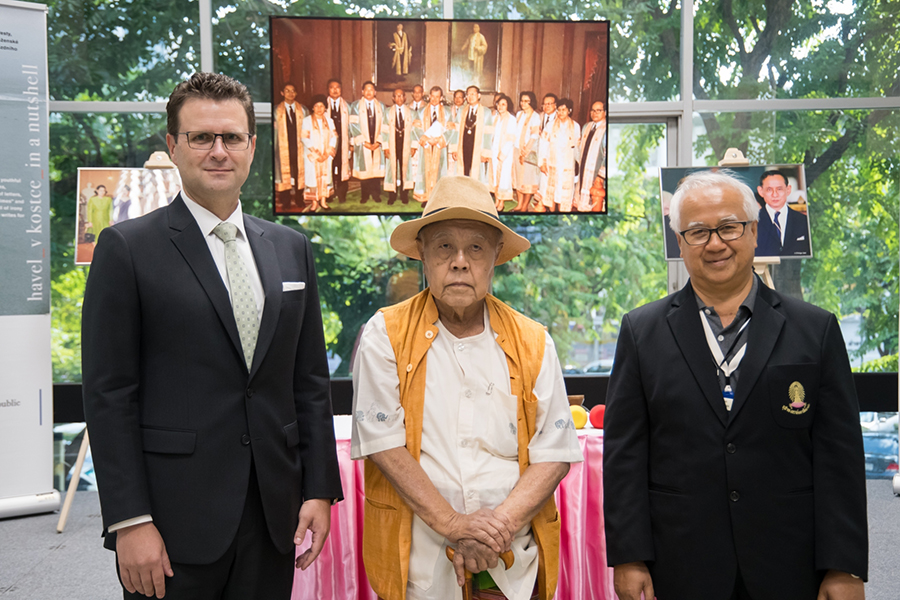 The panel discussion was part of the launch of the Thai translation of Václav Havel’s Letter to Dr Husák, the first of Havel’s works to be translated into Thai from the Czech original, and the opening ceremony of two exhibitions commemorating the 25th anniversary of Havel’s visit to Chulalongkorn University. 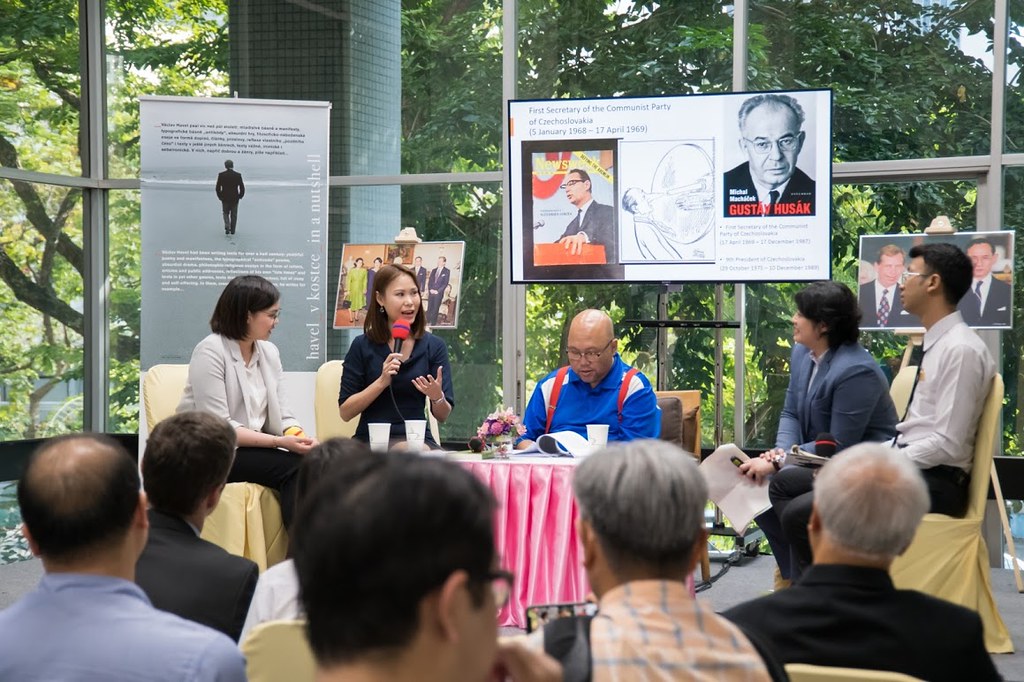 The exhibition of photographs from 1989, which commemorates the events of the Velvet Revolution and those who took part in the revolution, will be on display at the Chulalongkorn University Central Library until 20 December 2019.

Born in 1936 in Prague, in the country then known as Czechoslovakia, Havel was a poet, a playwright, a psychedelic rock fan, and a dissident labelled a threat to national security and imprisoned by the Communist regime. He was also a signatory to Charter 77, a document which criticised the government for failing to implement human rights provisions of a number of agreements it had signed, and a leader of the Civic Forum,  a political movement fighting against the Communist regime and calling for a democratic reform.

Following the Velvet Revolution of 1989, the Federal Assembly of Czechoslovakia elected Havel as President. The June 1990 general election, the first election in Czechoslovakia in 44 years, resulted in a landslide win for Civic Forum and its Slovak counterpart, Public Against Violence, and Havel once again was elected President. After the dissolution of Czechoslovakia, Havel became the Czech Republic’s first president on 26 January 1993. 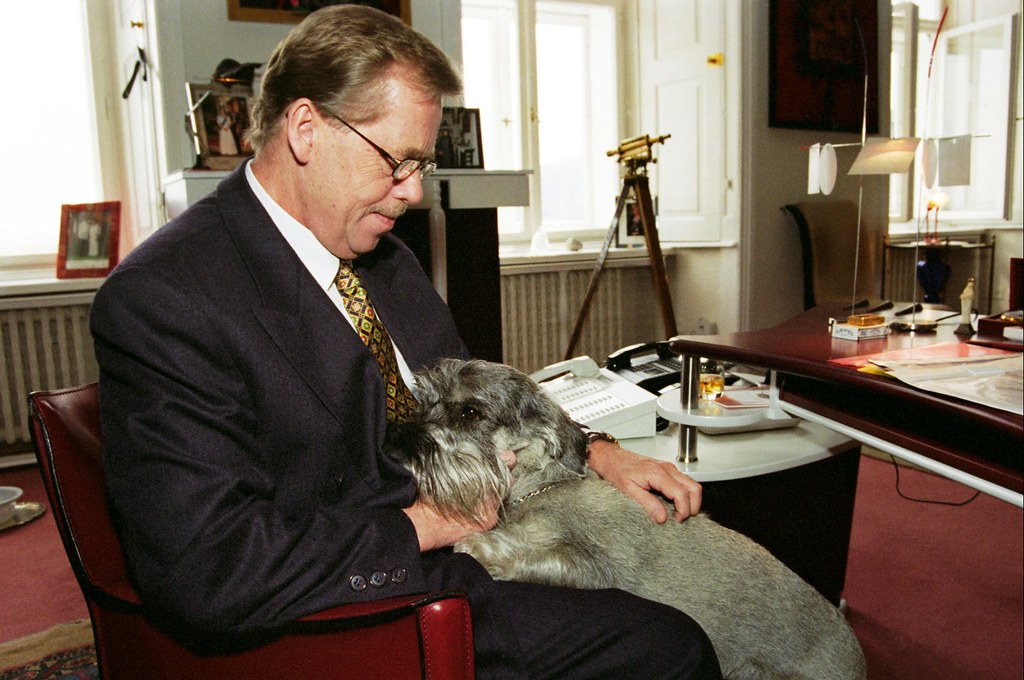 In Letter to Dr Husák, along with his later work, the essay “The Power of the Powerless,” Havel emphasized the idea of “living in truth,” arguing that if an individual sees the lies in which they live and refuses to blindly follow the culture prescribed by the State for their own survival, they may overcome their powerlessness. The panellists agreed that this idea is very important in the current Thai political situation, since the people need to see what the state can do and is doing to them, and to challenge what is happening as the abnormality and injustice it is.

The panellists also noted the similarities between the current Thai government and the Czechoslovak Communist regime, and Nuttaa observed that her experience with state surveillance is remarkably similar to the activities of the Czechoslovak secret police during Gustáv Husák’s tenure as First Secretary of the Communist Party of Czechoslovakia and the process of “Normalization” following the brief period of political liberalization known as “Prague Spring”. 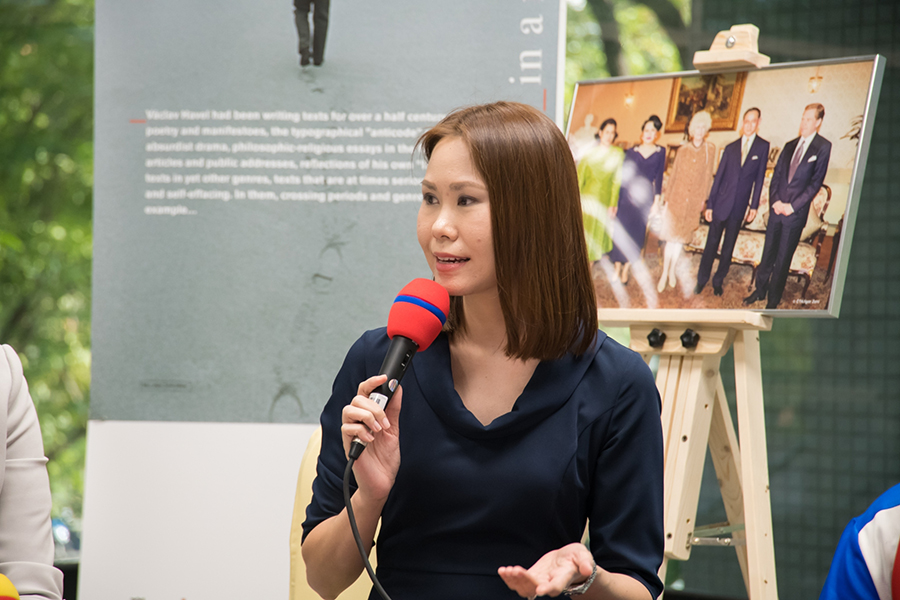 However, Chayanggoon raised the question of whether the Thai people have the same public space for political expression as the people in Czechoslovakia in 1989, since people are so often discouraged from staging demonstrations, and online political action could result in arbitrary detention by state officials. Meanwhile, Nuttaa emphasized the role of the media in holding the government accountable in order not to become entirely submissive to the system and to show the people the truth.