A representative of the Foundation of Transgender Alliance for Human Rights (Thai TGA), along with other independent LGBT activists, has submitted an open letter to the National Broadcasting and Telecommunication Commission (NBTC) in response to the recent use by several media outlets of the term “sexually deviant” in news headlines. 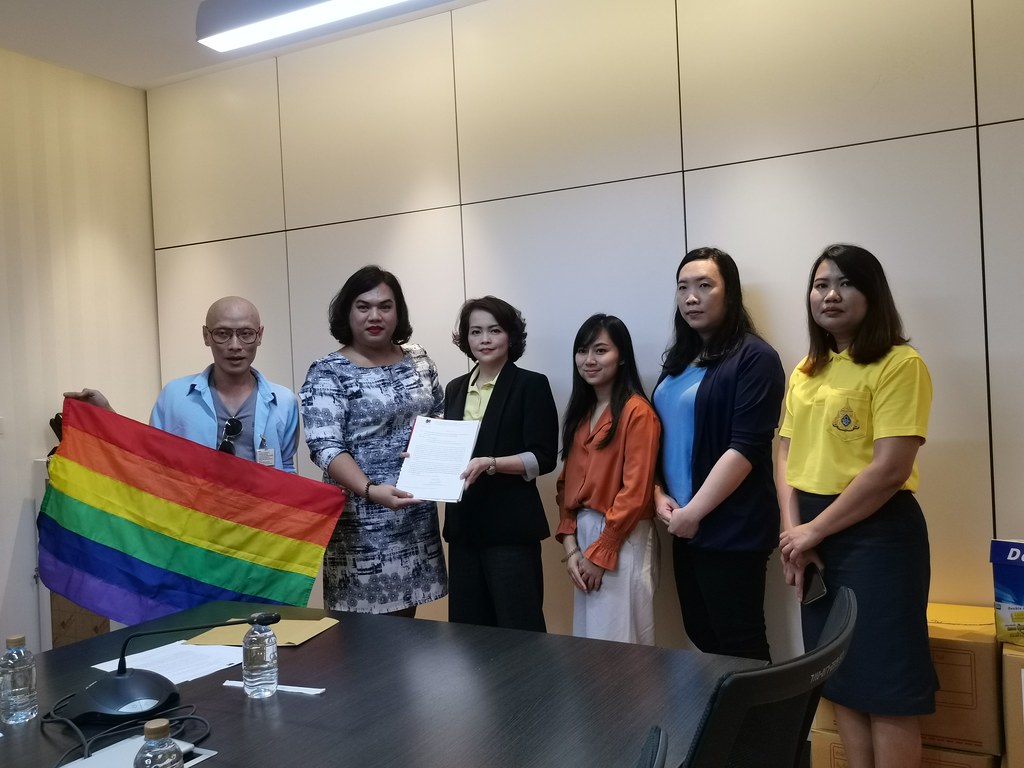 After it was reported on 30 June that a male teacher had been accused of sexually assaulting a male student, the Loei Provincial Education Committee issued a letter instructing 475 schools in the province to “closely inspect teachers with sexually deviant behaviour.” The story was subsequently reported by several media outlets, such as in News1 and PPTV, using the term “sexually deviant” in the headline and content. On Thursday (11 July), a group of LGBT activists, led by a representative of the Thai TGA, submitted an open letter to the NBTC, saying that such reporting violates basic ethical principles and organization guidelines for the accuracy and standardization of broadcasting and telecommunication professionals, since it violates the principles of human rights and of hate-free communication.

The letter then calls for the NBTC to carry out an investigation and establish guidelines for collaboration between media regulatory organizations, media agencies, and media consumers, in order to find a lasting solution. 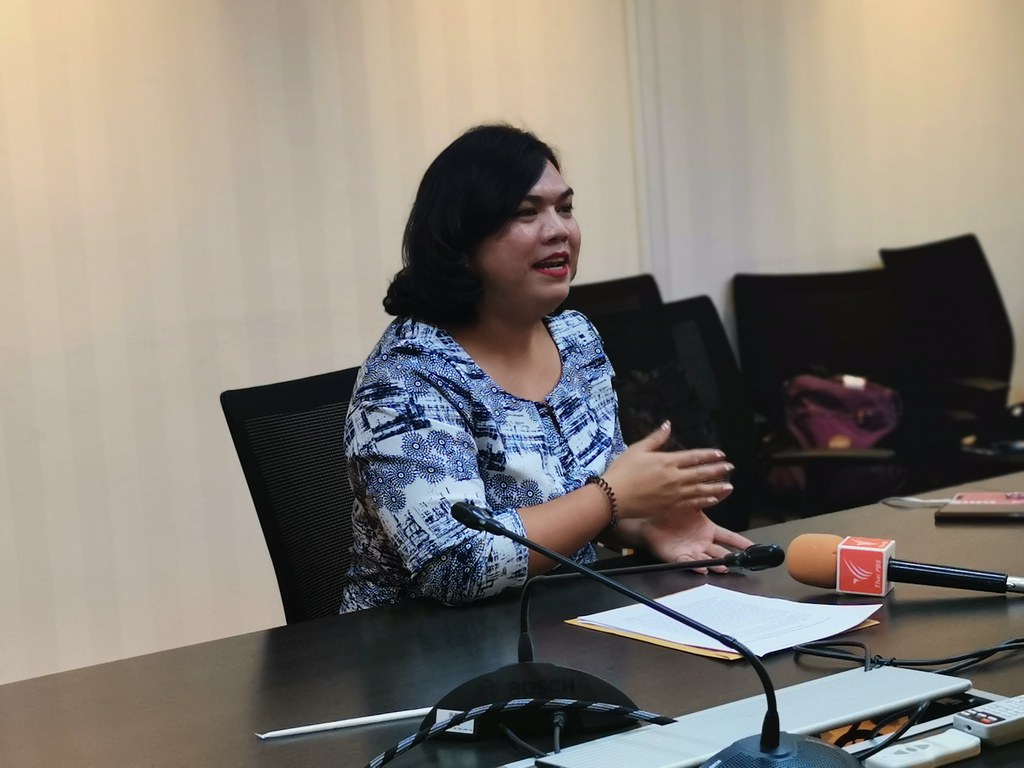 Jetsada Taesombat, Executive Director of the Thai TGA, who represented the Foundation in submitting the letter, said that their intention is not to have anyone punished, but to create a space in which everyone can learn together. Alongside the open letter and a statement from the Thai TGA and 54 other civil society organizations, the group also submitted the draft of a media handbook for reporting on LGBT issues, which is being developed by the signatories and is funded by the Thai Media Fund. 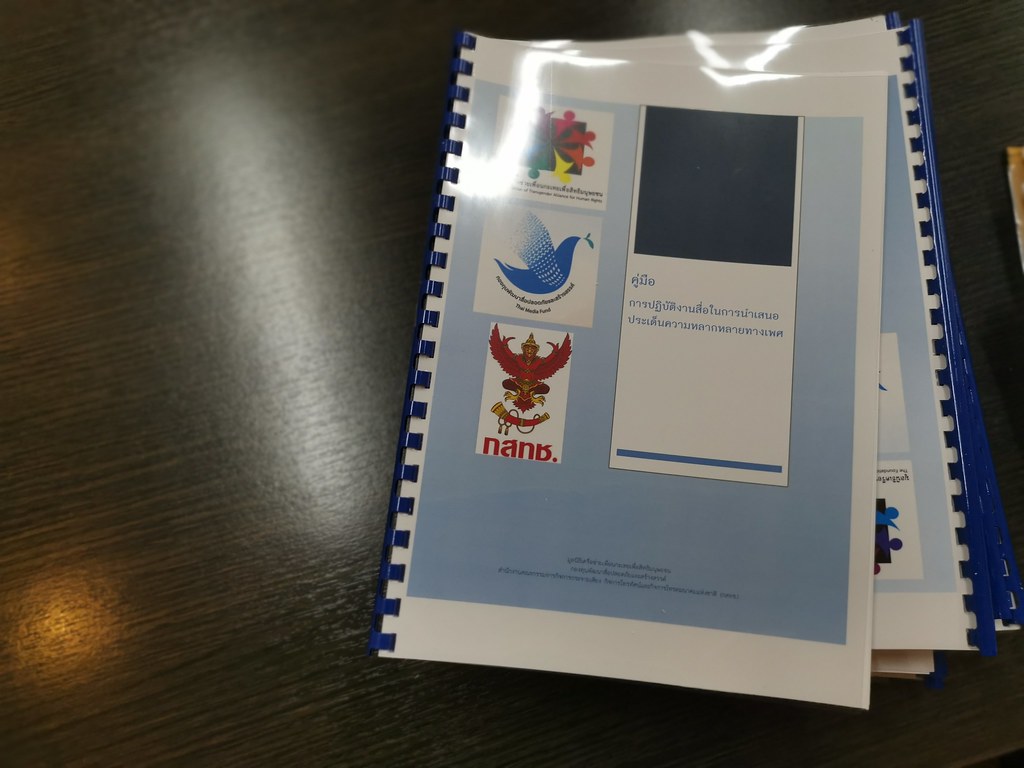 The media handbook for reporting on LGBT issues

The handbook contains a glossary of appropriate terms to use when reporting on LGBT issues, along with terms which are considered offensive. According to this handbook, the term “sexual deviation” (“เบี่ยงเบนทางเพศ”) is considered offensive, since it presents being LGBT as abnormal. The civil society organizations’ statement also says that the use of this term also goes against international principles, as homosexuality and transgender are both no longer classified as disorders in the World Health Organization’s International Classification of Diseases 11th Revision (ICD11). Such usage can also be considered discriminatory under the 2015 Gender Equality Act, reinforcing stereotypes and contributing to hatred towards the LGBT community.

The group then went to the National Press Council of Thailand to hand a similar open letter with regard to Banmuang newspaper’s use of the same term, which violates the Press Council guidelines on reporting about the LGBT community. The guidelines prohibit the use of generalizing or dehumanizing terms, or the use of stigmatizing language or language which reproduces stereotypes that may lead to discrimination. Jetsada said that they will also be handing a letter directly to the media agencies involved, and to the Ministry of Education. 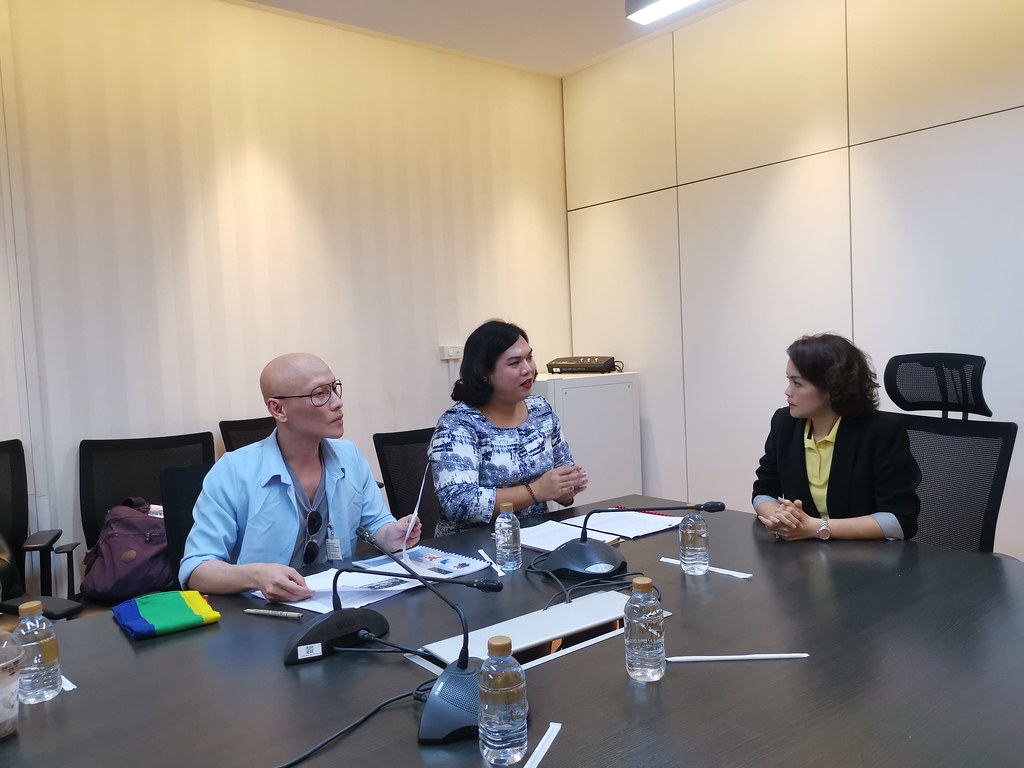 This is not the first time that such a complaint has been made against a Thai media agency. Sirisak Chaited, an LGBT activist who was also at the meeting at the NBTC, said that he had previously filed a complaint with the Committee on Consideration of Unfair Gender Discrimination against the online news site Tnews. A report on a physical assault at a hospital in Ubon Ratchathani had the headline “Kratoei invades hospital room, kicks patient left in pool of blood” (“กระเทยบุกห้องผู้ป่วยกระทืบจมกองเลือด”). However, the transwoman who was present at the scene was only filming a video clip and not directly involved in the assault. Sirisak’s complaint claims that the headline not only deviates from the facts but also contributes to stereotyping and to the perception of transgender people as violent. After Sirisak’s complaint, TNews publicly apologized and removed the article from their website and issued guidelines for their reporters on how to appropriately report on LGBT issues.